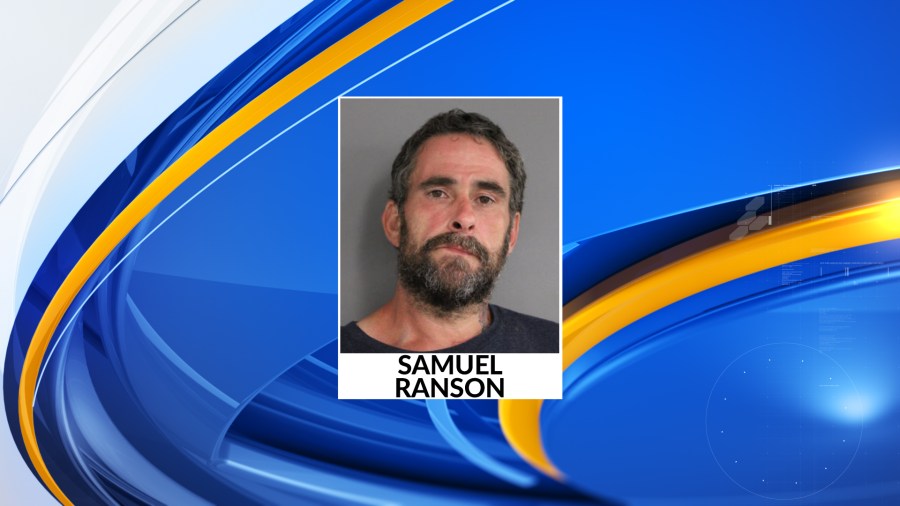 Charleston Police Chief Tyke Hunt said Ranson, 50, was a convicted felon with an active warrant for a stabbing that happened Monday, August 22.

“The suspect had a felony conviction, multiple run-ins with law enforcement and I personally worked cases when I was a detective involving the suspect,” Chief Hunt said.

Larry Sacks, who was the victim allegedly stabbed by Ranson a week ago, recalled the incident saying, “I’m just glad to be alive.”

According to the criminal complaint, Sacks was on East Point Drive when Ranson showed up. They allegedly began arguing over a woman, and Ranson allegedly stabbed Sacks with a knife.

“If it wasn’t for my friend, I probably wouldn’t have been alive because he cut me good as you can see,” he said.

The incident resulted in a felony warrant against Ranson and the tip that eventually led police to Point Drive Saturday night.

Chief Hunt said Ranson ran into the woods, at which point K-9 Officer Axel was deployed to apprehend him, but Ranson pulled out a gun and fired, killing Axel.

“We were talking arms reach when all of this went down, and a gunshot goes off. It’s hard to tell where or who that round was intended for,” Chief Hunt said.

Officers returned fire, and Ranson later died at a hospital.

According to county records, the active warrant for malicious wounding was just part of Ranson’s lengthy criminal history.

In 2011, he was arrested for breaking and entering. He pleaded guilty at the time. That same year, Ranson was also involved in a higher profile case. Assistant Kanawha County Prosecutor Sam Marsh tells 13 News that Ranson provided information to authorities pertaining to the 2003 sniper case that gripped the Kanawha Valley.

In 2012, Ranson was arrested again for stealing and pleaded guilty. Then, most recently, he was arrested for burglary in April 2022.

As for the shooting on Saturday, Chief Hunt said a full report with more information will be submitted to the Kanawha County Prosecutor’s Office for evaluation.

List of India’s matches, timings in IST and live…

Farmers Market Watch: Getting Back To Your Roots