Superboy Is Already Living in the Infinite Frontier Era 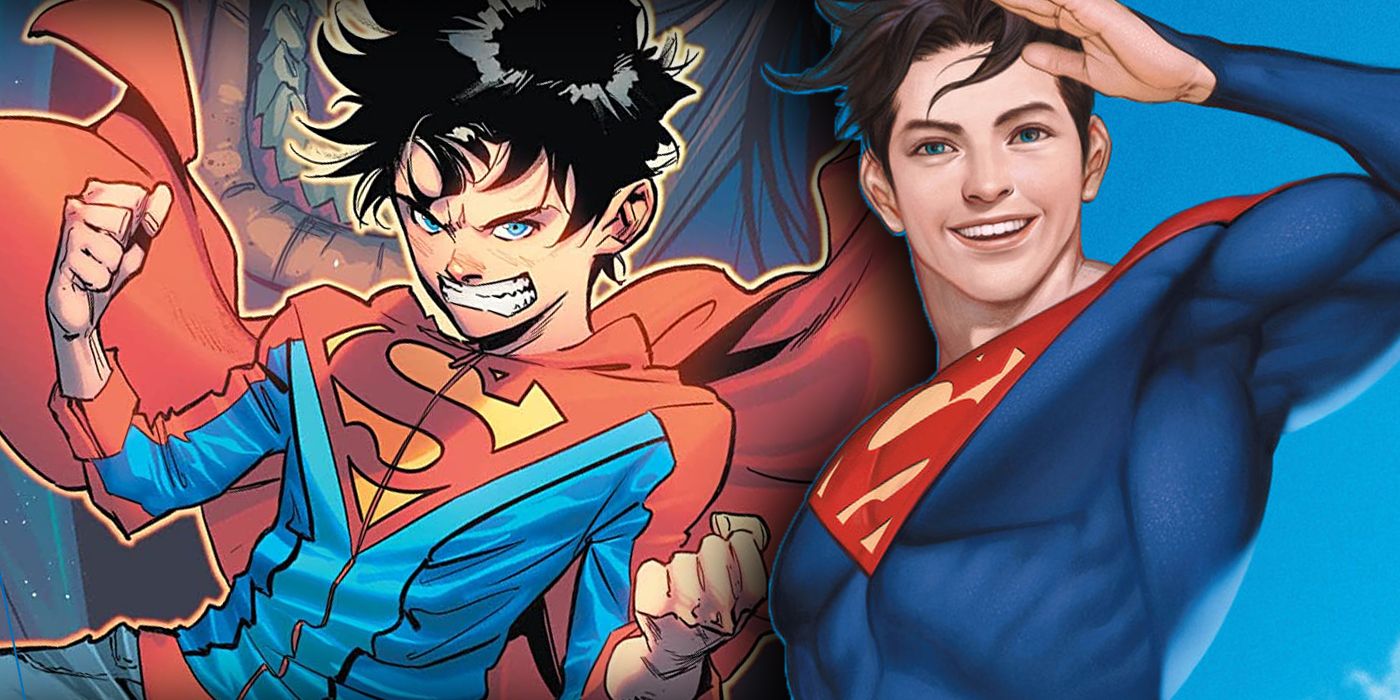 DC’s Infinite Frontier has yet to start, but Jonathan Kent seems to be exploring the infinite possibilities of his life already.

Following the restructuring of the DC Multiverse as part of the Omniverse in Dark Nights: Death Metal, an infinite amount of possibilities have become available to the fan-favorite characters of the DC Universe, both in the past, present, and future. But while this Infinite Frontier has yet to be explored for another few months, one character, Jonathan Kent, has already gotten a head start on everyone with several adventures in the future and alternate realities.

Over the past few months, Jonathan Kent has continued on in both the present-day DC Universe and the Legion of Super-Heroes’ future, had ongoing adolescent adventures with Damian Wayne, has joined the Justice League in a post-apocalyptic version of the DC Universe and even starred in several original graphic novels. It sounds complex, but it’s actually easy to keep track of, and it presents Superman’s son as a solid example of what the DC Universe could look like very soon.

The most important thing to remember about Jon’s adventures is that there is a chronology to all of them. The earliest of his adventures, the ones involving himself and Robin, take place before Jon was up to a teenager. These adventures in Peter Tomasi and Max Raynor’s Challenge of the Super Sons takes place an indeterminant amount of time before Jon chose to spend the longest summer of his life with his biological grandfather, Jor-El. As such, fans still get to see perhaps the most popular team-up in recent years between Superboy and Robin as they attempt to stop the Justice League from being killed by the DC equivalent of a Death Note.

Shortly after returning to Earth as a teenager, he went to the future as a member of the Legion of Superheroes. But in truth, due to the fluctuating nature of time travel, what might have been weeks or months to Jon would have been moments for his friends and family back in the 21st century (a recurring theme for him, really). His time in the future is less substantial to the chronological events than one might think.

RELATED: Damian Wayne and Superboy Just Saved an Arrowverse Hero With the Supermobile?!

But Jon does return to the present day in Brain Michael Bendis and John Romita, Jr.’s  Action Comics. He’s had several adventures with the Superman Family across Metropolis, even finally meeting Conner Kent. Together, they helped defeat the Invisible Mafia and save the city from their silent machinations. His adventures alongside his father will only continue as Jon comes more and more into his own. But his adventures don’t just end in the past, present or future. Jon has also been a part of several alternate stories and possible futures for the DC Universe.

The most well-known of these is his role in Tom Taylor and Trevor Hairsine’s DCeased series. In this post-apocalyptic version of the DC Universe, Jon is one of the few survivors of the Anti-Life Plague that zombified billions of people on Earth and even his own father. Jon would eventually grow up to become the new Superman, leading a Justice League of his own. This isn’t the only time he grows up to become his world’s Superman.

In Future State, Jon has become the Superman of Metropolis while his father is forced to leave the planet. This version of Jon is less certain in his role than the DCeased version. He ends up making a highly questionable choice by bottling Metropolis much like the city of Kandor. But if there is one thing to take comfort in here, it is that everyone trusts that Jon is more than worthy of his father’s title. But so far, this is just one possible future for him. To be enjoyed, absolutely, but not to be considered the official path his character will follow.

And of course, there are the original graphic novels aimed at younger readers that DC Comics has recently published. Jon is featured in another Super Sons comic by Ridley Pearson and Ille Gonzalez, being one of three main characters in a trilogy. This version of Jon is significantly less experienced than his mainstream counterparts, but no less heroic, seeking to save his planet from an ecological disaster.

Outside of those graphic novels and DCeased, these are all ostensibly the same version of Jonathan Kent at different points in his life. And even though these stories are being told simultaneously, the eras that he’s inhabiting are all distinct enough to keep the continuity fairly easy to follow. Even though Death Metal seemed to leave room for a less continuity-focused DC Universe, Superboy’s present shows how there’s still plenty of room for cohesive stories to be told.

Amer Sawan is a reader, writer, and gamer and lover of all things nerdy based in Windermere, Florida. He is a recent graduate from the University of Florida with a B.A. in Liberal Arts. He has been a dishwasher, a Front of House server at the Magic Kingdom, and now works for Valnet Inc. as a freelance comic book features writer. In his free time Amer enjoys playing Dungeons and Dragons with his friends, both as a Dungeon Master and as a player.