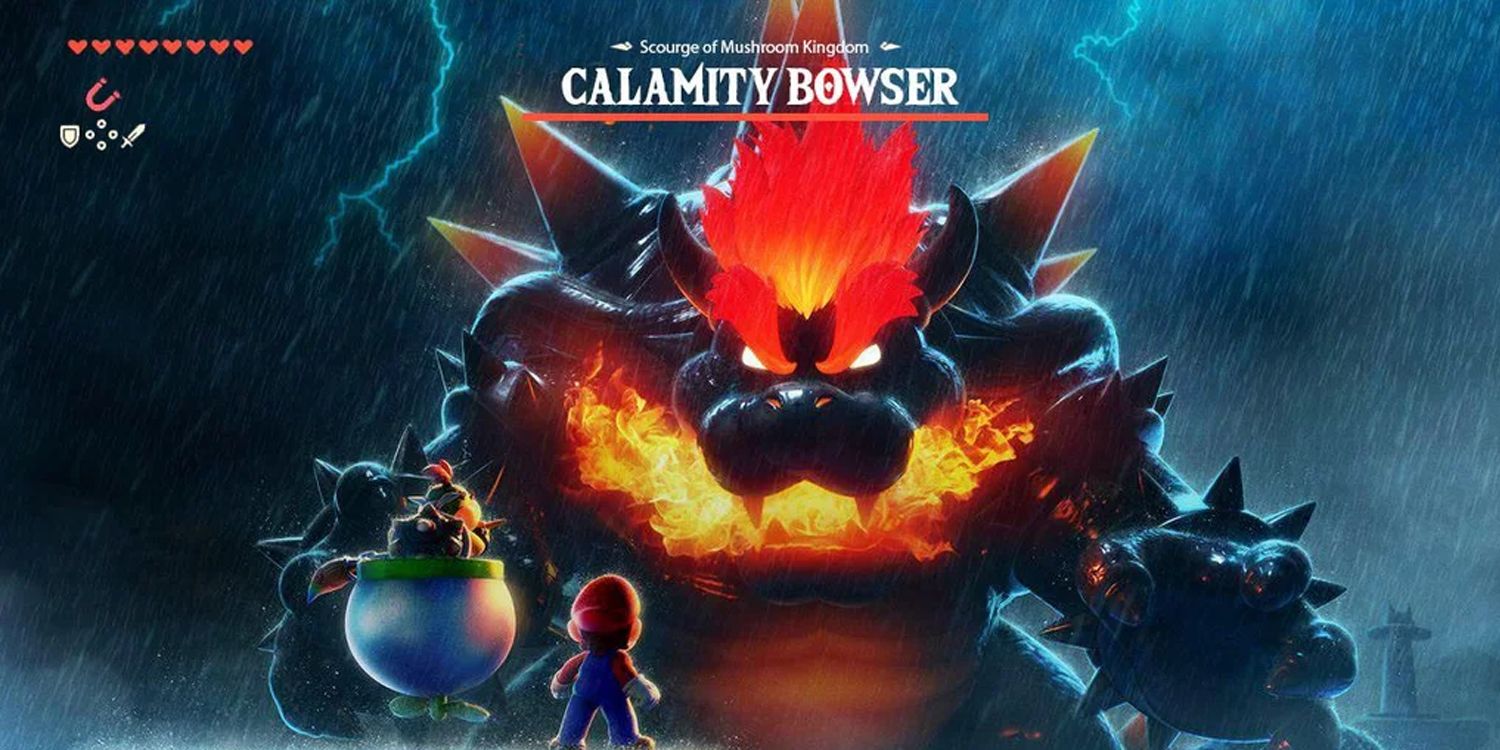 The new Fury Bowser is shown to be a perfect fit with Calamity Ganon in this crossover art, with both characters being unstoppable forces.

The new Fury Bowser in Super Mario 3D World + Bowser’s Fury bears a resemblance to Calamity Ganon from The Legend of Zelda: Breath of the Wild, which makes this crossover art meant to be. The most recent incarnation of Ganondorf is still very new, but his fiery beast design in his Dark Beast form shares much in common with this new Bowser.

Fury Bowser is the star attraction of the new Bowser’s Fury adventure for Super Mario 3D World for Switch. When the trailer revealing Bowser’s Fury was released, fans first assumed that this new Bowser was named ‘God Slayer Bowser’ in Japanese, but this proved to be untrue, as there were no sources for where this name came from. The English name was later revealed to be named Fury Bowser in another recent trailer. Regardless, fans latched on to the name ‘God Slayer Bowser,’ as it befitted this new gargantuan, over-the-top kaiju version of Bowser.

Related: Breath Of The Wild Trick Shot Kills Guardian Over a Kilometer Away

Even though god-slayer Bowser isn’t an official name, Reddit user toanthlp made a fitting substitute. Dubbing this new Bowser “Calamity Bowser,” the Redditor takes the art of Bowser’s Fury and meshes it with the HUD of The Legend of Zelda: Breath of the Wild, complete with a health bar and title of the boss. It’s as if the plumber was about to engage in a boss battle with Calamity Bowser, and the shot looks as though it would fit in perfectly in Breath of the Wild. If the gameplay was treated like Dark Beast Ganon, Mario would likely have a holy bow of light and ride around in a koopa clown car to defeat the towering menace.

Although Mario won’t be going toe to toe with Fury Bowser in a Zelda like format, he will need to power up in order to stand up to his fury. The new Giga Cat Bowser also looks as though it came straight out of an anime, with many comparing the hairstyle to something out of Dragon Ball Z. This new direction for Mario is one of the reasons why fans are excited for Bowser’s Fury, along with it adopting the Super Mario Odyssey-style open world.

While it’s a shame that god-slayer Bowser turned out to not be canon, Calamity Bowser is still a very fitting substitute. From what’s known about Fury Bowser, the two share more in common than just design. Both Dark Beast Ganon and Fury Bowser are the result of their fury and hatred losing total control, although we don’t know exactly how Fury Bowser came to be. But players will presumably find out when Super Mario 3D World + Bowser’s Fury releases on February 12th.

FF7’s Aerith or Tifa: Who Has Been In More Final Fantasy Games?

Max Mastrogiacomo is a graduate from Adelphi University. Having studied communications, Max has had experience in various types of writing, including journalism. Max has previously written a piece for TheCollegeFix.com, and is now working as a freelance writer for Screen Rant. At Adelphi, he also studied video production, and has produced several films during his time at Adelphi.