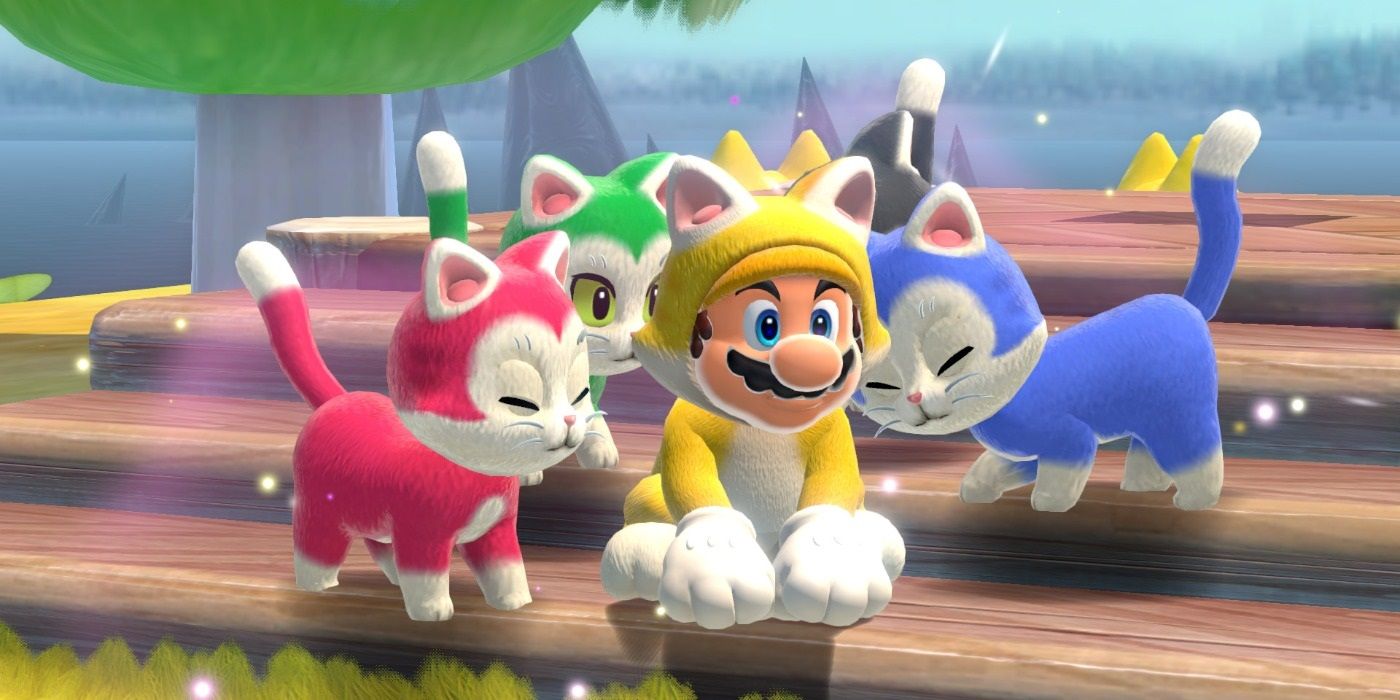 The Switch version of Super Mario 3D World + Bowser’s Fury has increased the speed of all of the characters and increased their climbing height.

Nintendo has been adding new content to the Wii U ports on Switch, which has usually included all of the DLC and a performance upgrade. Super Mario 3D World + Bowser’s Fury is adding a new mode involving a giant version of Bowser. This new mode allows Mario to team up with Bowser Jr., so that they can complete stages together and fight the colossal version of Bowser. Additionally, the Captain Toad minigame now has four-player co-op, which lets more players join in than in the actual Captain Toad: Treasure Tracker video game.

It has already been confirmed that Super Mario 3D World + Bowser’s Fury is faster than the original in terms of performance. The official page for the game on Nintendo UK has confirmed that the movement speed for all of the playable characters has been increased as well. The climbing speed of the Super Bell power-up has also been increased. These elements combined will allow for a much faster gaming experience.

The other new addition to the game is gyro controls. The original version of Super Mario 3D World had sections that required the use of the touchscreen on the Wii U GamePad. These elements can be interacted with through gyro controls, eliminating the need for the touchscreen. The Wii U GamePad functionality is believed to be one of the reasons it has taken so long for Super Mario 3D World to be ported to the Switch, and it seems that Nintendo worked out a way around them, without limiting the functionality exclusively to handheld mode.

Nintendo is going above and beyond with the new content in Super Mario 3D World + Bowser’s Fury. It’s believed that the game was meant to be released last year, as part of the 35th-anniversary celebrations for the series, but it was pushed back due to COVID. This would explain all of the extra care that has gone into the game. Super Mario 3D World + Bowser’s Fury is shaping up to be an awesome Switch game, and it has to be, considering that Nintendo hasn’t announced any other first-party games for 2021.

Scott has been writing for Screen Rant since 2016 and regularly contributes to The Gamer. He has previously written articles and video scripts for websites like Cracked, Dorkly, Topless Robot, and TopTenz.
A graduate of Edge Hill University in the UK, Scott started out as a film student before moving into journalism. It turned out that wasting a childhood playing video games, reading comic books, and watching movies could be used for finding employment, regardless of what any career advisor might tell you. Scott specializes in gaming and has loved the medium since the early ‘90s when his first console was a ZX Spectrum that used to take 40 minutes to load a game from a tape cassette player to a black and white TV set. Scott now writes game reviews for Screen Rant and The Gamer, as well as news reports, opinion pieces, and game guides. He can be contacted on LinkedIn.