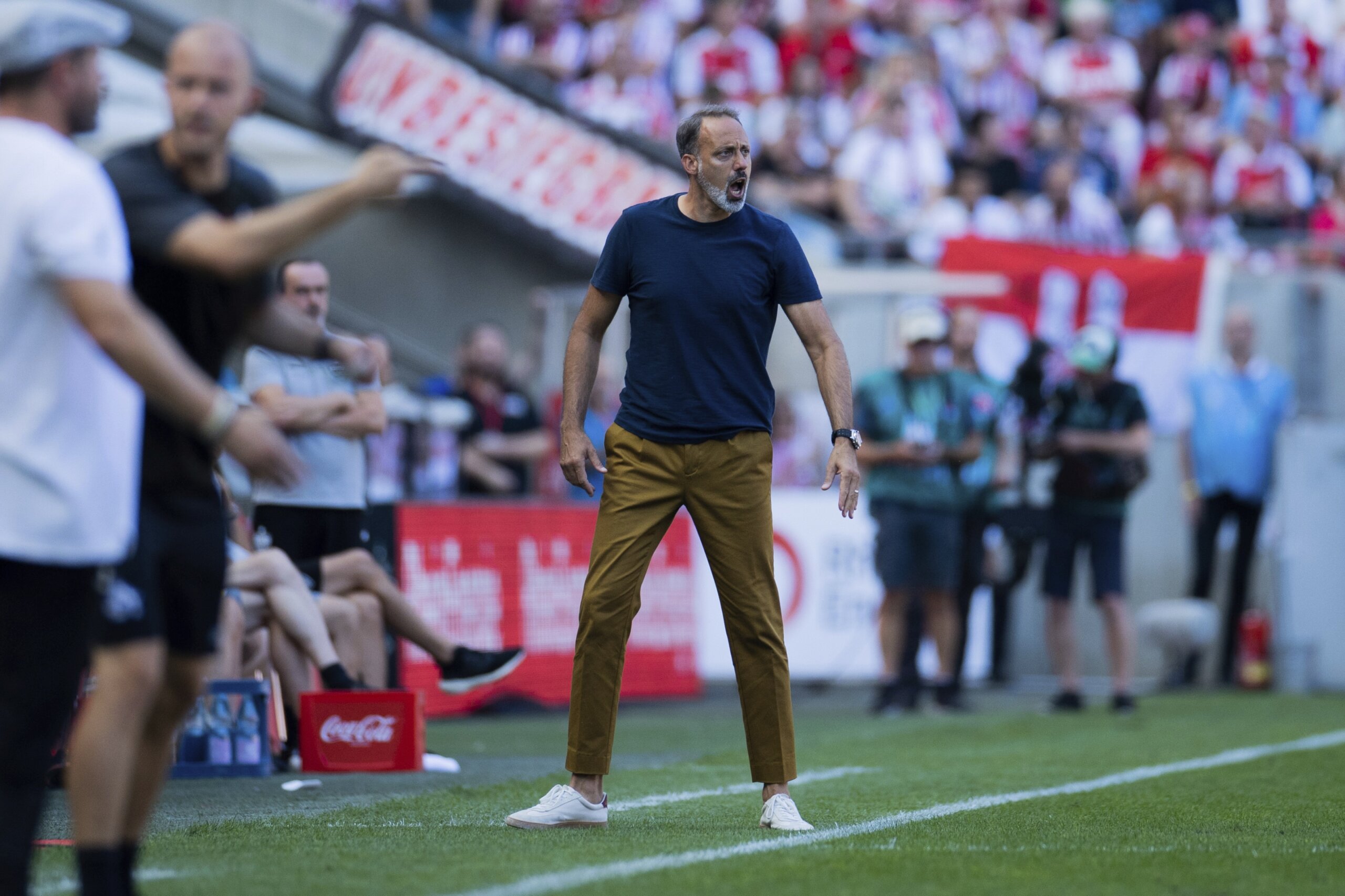 BERLIN (AP) — Stuttgart’s winless start to the Bundesliga season continued but it did manage a 0-0 draw at unbeaten Cologne on Sunday despite playing most of the second half with 10 men.

Stuttgart forward Luca Pfeiffer was sent off in the 56th minute for a terrible tackle on Timo Hübers. American coach Pellegrino Matarazzo, who had been incensed by his player’s dismissal, was later also sent to the stands following two yellow cards.

It was Cologne’s third straight draw after starting the season with a win over Schalke. Stuttgart has three draws and a loss from its opening four matches.

Stuttgart dominated from the start in Cologne and Silas had two golden opportunities. He saw one denied by a flying save from Marvin Schwäbe and the goalkeeper managed to stick out a leg to clear the second after the forward had been sent through one-on-one by a delightful ball over the top from Chris Führich.

However, it needed a goal-line clearance from Stuttgart defender Konstantinos Mavropanos to prevent Julian Chabot’s header from giving Cologne the lead on the stroke of halftime.

And Stuttgart’s good work appeared to have become undone when Pfeiffer was shown a straight red card for a dangerous tackle on Hübers 11 minutes after the restart. Despite the numerical disadvantage, Stuttgart continued to create chances.

Stuttgart goalkeeper Florian Müller had been given little to do all match but he proved invaluable in stoppage time with a magnificent save to keep out a 20-yard screamer from Jan Thielmann.

Mario Götze’s first goal since his return to the Bundesliga helped set Eintracht Frankfurt on the way to its first win of the season as it beat newly promoted Werder Bremen 4-3.

Frankfurt was looking for improvement after two draws and that opening 6-1 loss to Bayern Munich and also hoping to give coach Oliver Glasner something to celebrate on his 48th birthday.

The visitors took the lead with less than two minutes on the clock. An attack was kept alive after a corner was cleared off the line and Randal Kolo Muani cut the ball back for Götze to net his first Bundesliga goal since December 2019.

It was the German World Cup winner’s fourth league match for Frankfurt since joining from PSV Eindhoven in the offseason.

Frankfurt thought it had equalized almost immediately but Daichi Kamada’s goal was ruled out for offside.

The Japan midfielder did go on to create the equalizer, in the 32nd minute, with an assist for Kolo Muani, and Jesper Lindstrøm lobbed the ball over Bremen goalkeeper Jiří Pavlenka seven minutes later to restore Frankfurt’s advantage.

Frankfurt started the second half almost as quickly as they began the first and Djibril Sow fired into the top right corner three minutes after the break.

Bremen had fought back from two goals down to win 3-2 at Borussia Dortmund last weekend, with a record three goals from the 89th minute, and it appeared as if another unlikely comeback might be on the cards when it was awarded a last-minute penalty for a push by Evan N’Dicka on Marvin Ducksch.

Niclas Füllkrug converted the penalty but Frankfurt held on to consign Bremen to its first defeat back in the top flight.

“Better without Messi”, “G.O.A.T” – Barcelona fans rejoice as superstar puts in stunning performance in first half against Valladolid