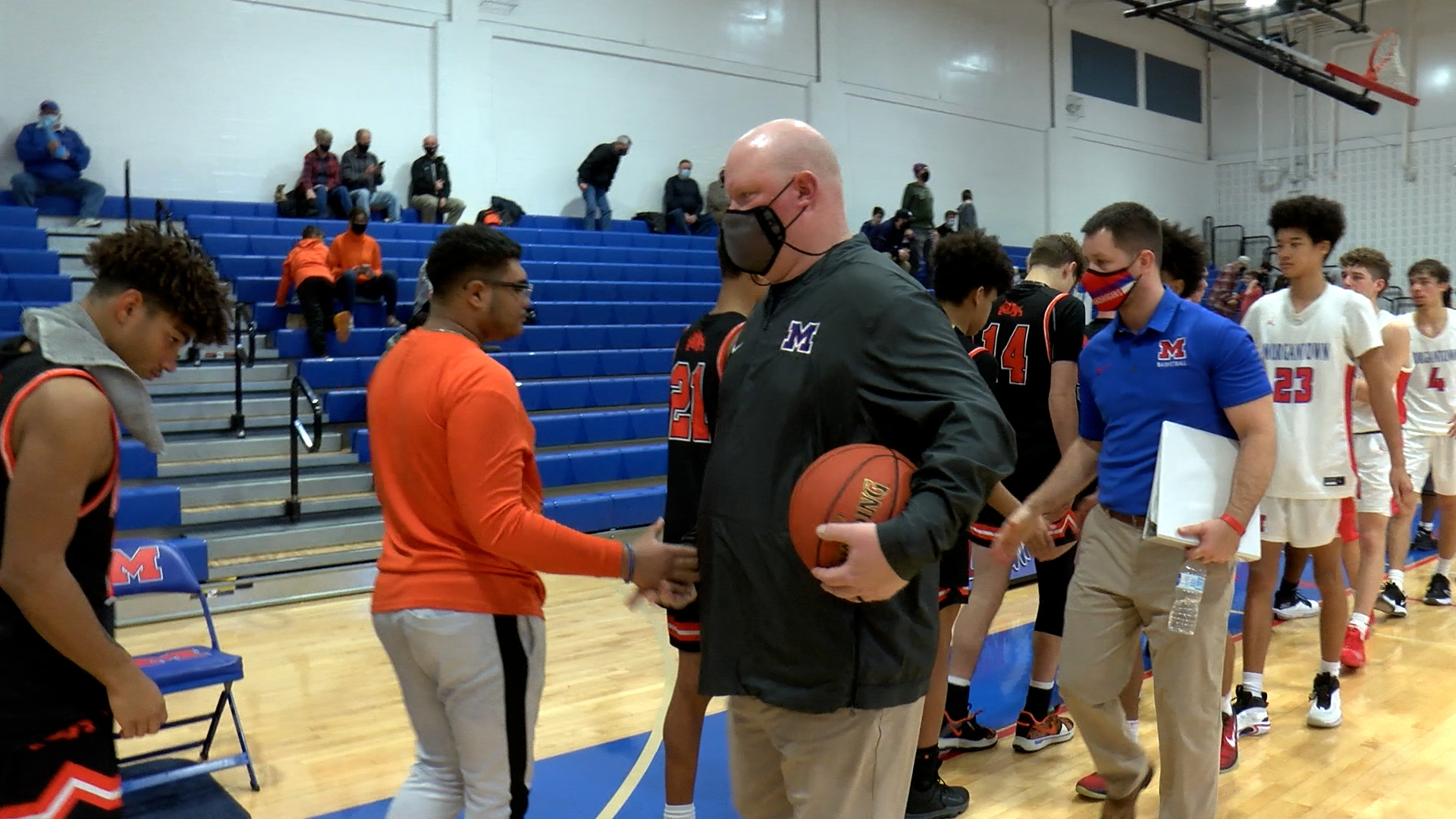 MORGANTOWN, W.Va. — An 11-0 run to start the second quarter propelled Morgantown past Martinsburg, 80-51 Saturday afternoon. Leading 12-9 after the opening eight minutes, the Mohigans outscored the Bulldogs 27-9 in the second quarter to build a 39-18 halftime lead.

“I thought we got good shots in the first quarter. But we were 3-for-15 in the first quarter,” said Morgantown head coach Dave Tallman. “We haven’t played in eight days and we have played two games in three weeks. Martinsburg had a tough loss last night so I thought they came out ready to play. They played hard so I give them credit too.”

Alec Poland led the Mohigans (7-3) and all scorers with 23 points.

“He is forty years old so it is men amongst boys out there. I thought he ran the floor really hard. He got position on their guys.”

“I though Sha-Ron had his best game yet. He had ten assists and two turnovers,” Tallman said. “So he did a great job finding [Poland] and those other guys when they ran hard.”

The Mohigans have played just twice in the month of January due to numerous weather-related postponements.

“Now we get to play. We get to play three times next week. So we are just really looking forward to getting out there and playing.”