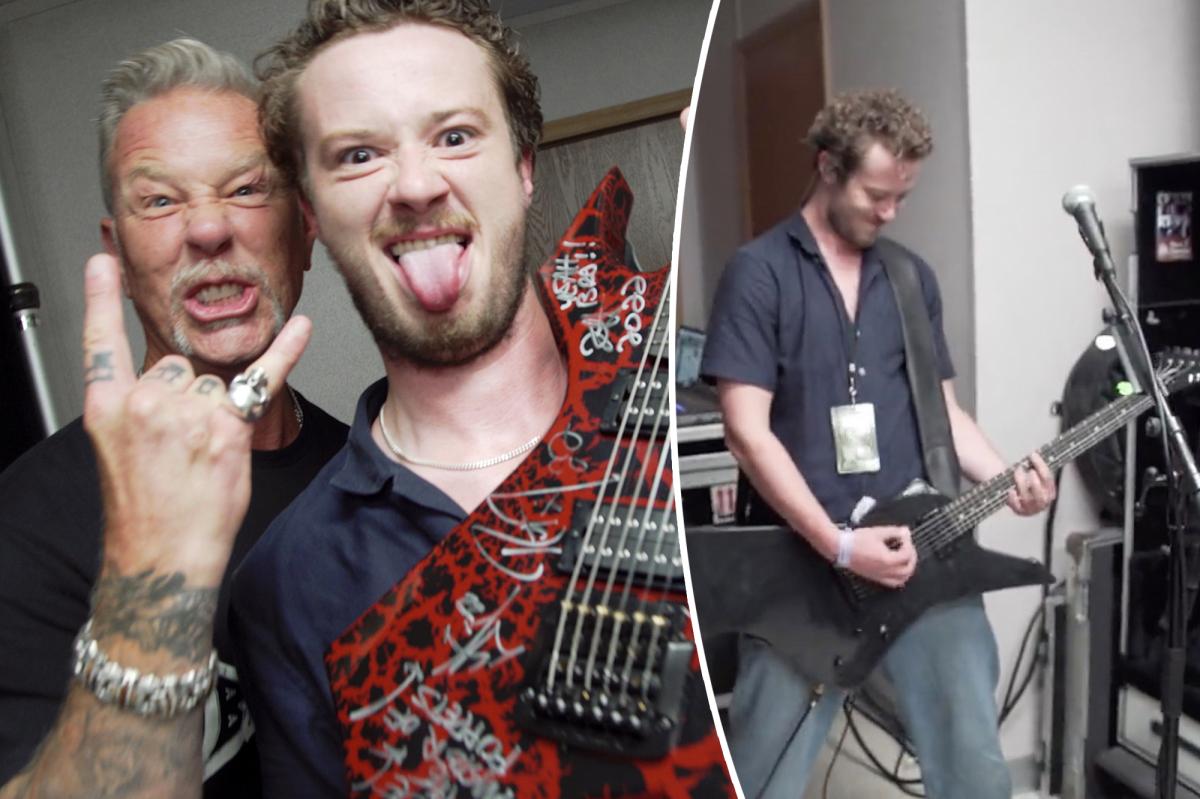 Masters of the Upside Down.

Ahead of Metallica’s highly anticipated performance at Lollapalooza, the iconic heavy metal band met up with “Stranger Things” star Joseph Quinn for a full-on jam session.

Metallica’s 1986 single “Master of Puppets” looms large in the culmination of the latest season’s plot, as Quinn’s character – high school misfit Eddie Munson – performs the track in the final episode to ward off a demon’s psyche-corrupting power.

Ever since the episode aired, fans have been patiently waiting to see Quinn and Metallica team up in real life.

In the video shared to various social media accounts, the British actor, 29, revealed that the song was “all [he] was listening to for two years” prior to filming the hair-raising climactic sequence.

“I feel very connected to you guys,” he told the band backstage at the festival venue.

The sentiment evidently went both ways. “I’m a big fan of [the show]. I have been since Season 1,” lead singer James Hetfield, 58, gushed.

“My kids and I, it’s been a bonding experience for us,” he added.

Metallica already publicly declared its enthusiastic approval of the show’s incorporation of “Master of Puppets” earlier this month in an Instagram post.

“The way The Duffer Brothers have incorporated music into ‘Stranger Things’ has always been next level, so we were beyond psyched for them to not only include ‘Master of Puppets’ in the show, but to have such a pivotal scene built around it,” they wrote, giving a shout-out to “Stranger Things” co-creators Matt and Ross Duffer.

“We were all stoked to see the final result and when we did we were totally blown away.”

As a gesture of appreciation, the band members presented Quinn with a customized — and signed — replica of the B.C. Rich electric guitar Eddie uses on-screen.

Though the 40th anniversary of the song’s release is just a few years away, the fact that it figured prominently into this season of “Stranger Things” launched it to the top of the charts globally as of early July.

Denial of responsibility! My droll is an automatic aggregator of the all world’s media. In each content, the hyperlink to the primary source is specified. All trademarks belong to their rightful owners, all materials to their authors. If you are the owner of the content and do not want us to publish your materials, please contact us by email – [email protected]. The content will be deleted within 24 hours.
celebrity friendshipsheavy metalMetallicaMusicStranger Things
0
Share