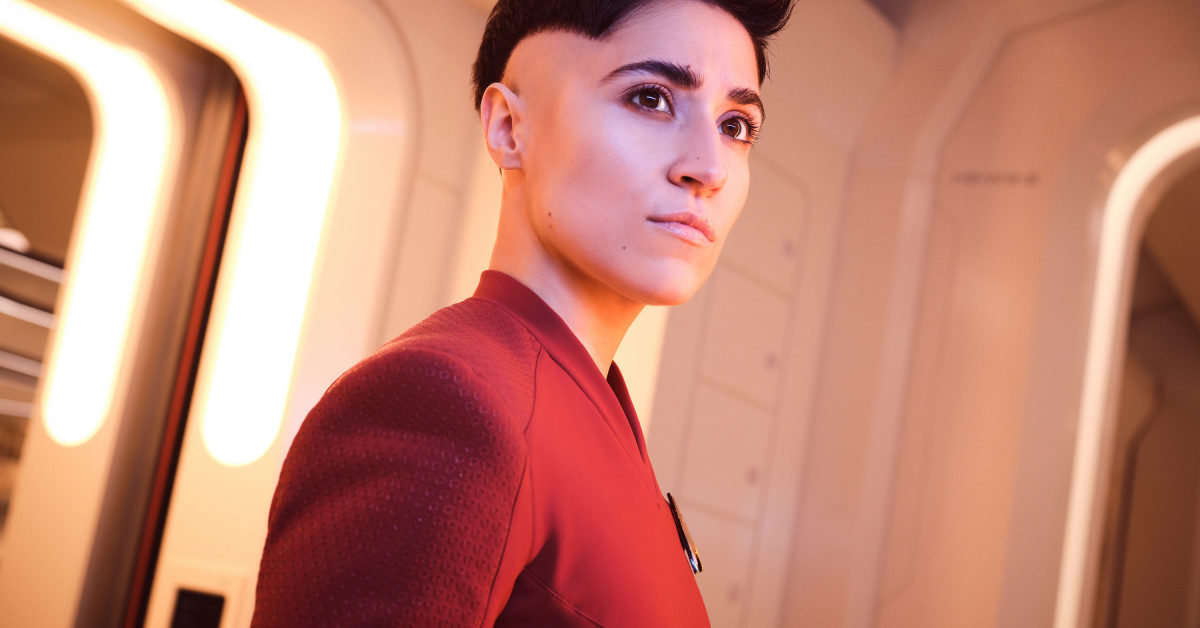 Season one focused on Capt Christopher Pike (Anson Mount) doing his best to serve within his capacity on the U.S.S. Enterprise despite having future knowledge of his grim fate paralyzed and burned nearly beyond recognition as shown in The Original Series two-parter The Menagerie. His first officer and “Number One” Una Chin-Riley (Rebecca Romijn) is the only one he confided in about it. After he made his attempt to change his fate by trying to alter the future of himself and the cadets involved in his accident, he’s shown a vision by his alternate self about what happens with Spock (Ethan Peck) suffering an even worse fate.

How Ortegas Shined in “The Elysian Kingdom”

Aside from that, most of the adventures of season one stuck to their traditional non-serialized roots. Ortegas, who was largely on the ship, had several moments to shine with her innovative piloting and adventurous attitude. The standout episode for costuming and Ortegas was the fantasy-driven “The Elysian Kingdom” which saw her as the swashbuckling Adya, the King’s right hand, and protector.

Here’s How Fast The Alfa Romeo Giulia Really Is