Storms are getting worse. What does that mean for our health? 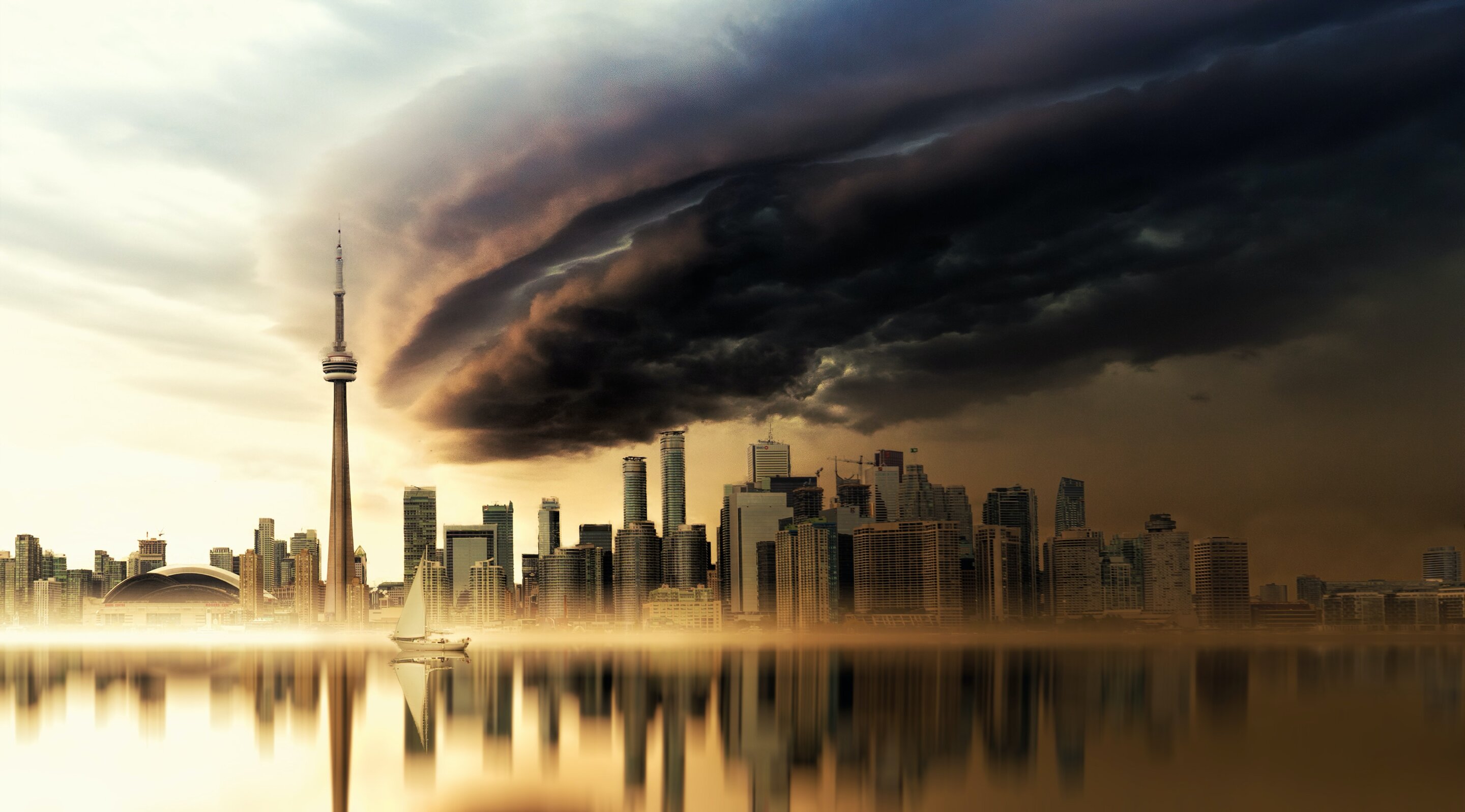 As adverse weather events like heavy rainfall, subsequent flooding and heat waves grow more severe and increase in frequency, checking the weather forecast means much more than knowing if you need an umbrella: Extreme weather is inextricably linked to our safety and well-being.

Though Western Pennsylvania is not usually vulnerable to some climate change-associated hazards like hurricanes and wildfires, the director of the National Weather Service, Ken Graham, identified heavy rainfall and heat waves as the most significant issues for the region. Of course, there are other weather-related factors that can have a health impact, such as heat inversions that trap air pollution near the ground.

Graham, who was in Pittsburgh the week of Aug. 22 for the annual conference of the National Weather Service, previously served as the director of the National Oceanic and Atmospheric Association’s hurricane center, leading the charge as the organization ran out of hurricane names in 2020 and 2021. He’s been with the weather service for 28 years and became its director in June.

While the Pittsburgh area is far enough inland to avoid direct hits from hurricanes, it sometimes gets deluged with rainfall from the tail end of these East Coast storms. One devastating incident involving flash flooding occurred in 2011, when four Pittsburgh residents lost their lives in surging water. In an attempt to prevent a recurrence, the city installed floodgates on Washington Boulevard near Negley Run Boulevard, north of Larimer. Sensors in the road near the floodgates were supposed to detect excess water and bring the arms of the gates down to block traffic, but they did not always operate as intended.

The gates malfunctioned in August 2016, leaving several people stranded in their cars. They failed again in June 2018. Former public safety director Wendell Hissirch called that failure the last straw, and said he was kept up at night worrying the gate arms would not lower properly during heavy rainfall. Hissirch called for a revamp of the system to implement more consistent technology.

Since a successful test in March 2021 and a successful application a year later in May 2022, when the gates lowered and thwarted cars from driving on the flooded road, the floodgates seem to be working properly.

Pittsburgh’s emergency management coordinator, Darryl Jones, said he had focused on the new floodgate technology since being appointed to his role in January. The city’s Office of Emergency Management & Homeland Security is also working to develop grants to mitigate landslides in the city from heavy rainfall.

Both Jones and Graham said knowing your risk is an important component to keeping yourself safe during inclement weather like storms and flooding. If, say, you live near a river or in a flood-prone area, it may be a good idea to raise furniture and appliances in your house to protect against water damage. Certain residents might also be required to purchase flood insurance depending on where they live.

Dan Palka especially worries about flood risk for people living in the city’s tent encampments, which are often perched on riverbanks. Palka is the administrative director of R.O.O.T.S. (reaching out on the streets), an organization within the AHN Center for Inclusion Health. R.O.O.T.S. is also known as the Urban Health & Street Medicine program and was established through funding from the City of Pittsburgh.

Floodwaters can destroy the belongings of those living on the riverbank and make their homes unsafe, he said. “I had to wake someone up on the Mon Wharf once because their tent was literally washing away, and they were half underwater,” Palka recalled.

R.O.O.T.S.’ main goal is to ensure that if people must live outside, exposed to the elements, that they are alive and safe. The team has distributed hand warmers and socks during the winter and gallons of water during heat waves. They have a brick-and-mortar location on Smithfield street in downtown Pittsburgh and are hoping to open more locations soon. At the Smithfield clinic, AHN staffs trained professionals to assist with outreach and connect visitors to health care resources and social services. Visitors can also come in to use their bathrooms, stock up on supplies or escape the heat.

Heat waves disproportionately affect older adults, low-income individuals and houseless people who are more likely to reside in what are called urban heat islands: areas of a city with less green space and more blacktop and concrete that trap heat. These heat islands tend to get hotter than areas with more greenery and shade, and they also take longer to cool down. Many people who live in urban heat islands might not have air conditioning, further increasing their risk for heat exhaustion or heat stroke.

In 2020, R.O.O.T.S. installed large plastic tanks called water buffaloes as well as gallon jugs for residents in encampments. Their original goal was to enhance sanitation during the pandemic by setting up these water tanks as well as hand-washing stations and portable toilets.

But Palka said many thanked him for providing drinking water. “I realized, why didn’t we have this before? It’s a human right,” he said. Previously, some homeless people were filling Big Gulp cups with ice and waiting for the ice to melt as a source of drinking water, so a more established and reliable water supply became coveted during heat waves.

Heat-related deaths don’t always occur right away. Graham warned that emergencies can occur days or weeks after a heat event because heat illness is cumulative. Also, because of global warming, overnight temperatures haven’t been dropping as much as they used to, meaning the body doesn’t get a break and can’t recover as well from sweltering days.

Many weather-related deaths in general are not due to the storms themselves. In 2017, Category 4 Hurricane Irma touched down in Florida, leveling homes and downing trees and power lines. While the storm left many communities distraught, most deaths were not from the hurricane itself—more deaths, in fact, were from carbon monoxide poisoning.

Overall, 16 people died from carbon monoxide poisoning from generators they set up in their homes. Having a generator in the house, garage or even outside near the house can cause carbon monoxide to reach dangerous levels.

Some of the accident-related deaths were also attributed to electrocution and improper use of equipment like chainsaws. If you are using such equipment for the first time during or after a weather event, Graham said it might be better to wait until an expert can safely handle the situation.

“Extreme heat and cold exacerbate any chronic health condition,” Palka said. In the case of Hurricane Irma, most deaths resulted from already-existing medical conditions worsened by the storm, such as from stress or not being able to access medical care.

“The amount of social capital you have in your community by and large measures your ability to endure a weather event,” Palka said. And more extreme weather events in Western Pennsylvania will affect everyone, not just certain groups.

As the days grow colder, the roads may get icy and snow could prevent normal traffic patterns. It will be important to not take risks and to be prepared for potential emergencies. But Graham said one of the biggest ways citizens can protect themselves and help spread the right information is to recognize that climate change is real and here to stay.

Citation:
Storms are getting worse. What does that mean for our health? (2022, September 5)
retrieved 5 September 2022
from https://phys.org/news/2022-09-storms-worse-health.html

Christian von Koenigsegg on the CC850 and Its Crazy Manual Transmission