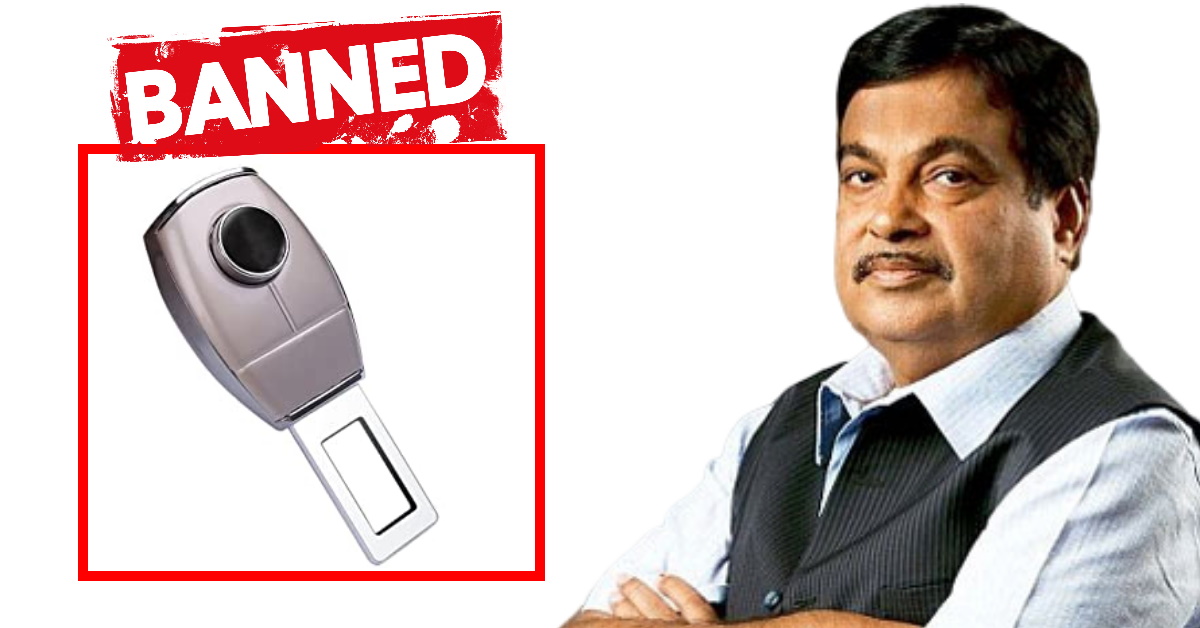 The Mercedes Benz crash that claimed the life of noted business titan Cyrus Mistry seems to have roused the Indian government into action. Union Transport Minister Nitin Gadkari has been quite vocal after the car crash, and has been cracking down on both car makers and aftermarket parts sellers. Mr. Gadkari recently made a statement that he’s asked Amazon – an e-commerce platform – to stop selling clips that disable seatbelt reminder warning chimes.

Here’s what the minister said in a recent interview,

People buy clips from Amazon to evade wearing seat belts. We have sent a notice to Amazon to stop [selling them]. Forget the cars of common people, I had travelled in the cars of four chief ministers — don’t ask me the names. I was in the front seat and found that there was a clip so that it does not make any sound when there is no belt. I asked the drivers where the belts were and made sure that I wear the seat belt before the car started. Now I have banned the manufacturing and sales of such clips. Our problem is that every year in our country we have five lakh accidents and one lakh 50 thousand deaths. And, out of these deaths, 65% belong to the age of 18 to 34.

By cracking down on seat belt warning disabling clips, the Indian government seeks to make seat belt warning chime – a series of beeps that can get quite irritating – effective on all modern cars that are equipped with seat belt reminders. If implemented strictly, this move from the government has the potential to make more people belt up, and as a result, save lives.

However, there’s another workaround that people use to disable the seat belt warning chime. To stop the seatbelt reminder from beeping continuously, many people insert the seat belt buckle into the holder, and sit on top of the seat belt. While this may cause some discomfort, it does disable the seatbelt warning chime. Clearly, doing such things is very dangerous as seatbelts are the primary restraint system in car crashes, and have saved numerous lives when used. Stricter enforcement by authorities can prevent such antics.

The Indian government has also mooted 6 airbags as standard in all cars sold in the Indian market from the 1st of October 2022. However, car makers have been resisting this move from the government, saying that adding six airbags could make budget cars quite pricey, and consequently unaffordable to price-conscious buyers. The automakers contend that such buyers may stop buying cars altogether and instead continue using two wheelers, which are less safe than cars. Therefore, this legislation mandating 6 airbags as standard could have a counter-productive effect according to car makers.

Transport minister Nitin Gadkari has countered this by saying that each additional airbag costs only Rs. 900, and that adding 4 more airbags to all cars will result in a price increase of less than Rs. 4,000. The minor price increment will be taken in the stride by customers, says Mr. Gadkari. Be that as it may, it’s just a matter of time before 6 airbags become mandatory as the government is planning legislation to implement this idea. By the end of this year, all cars sold in India could have 6 airbags as standard. However, do note that airbags won’t deploy is seatbelts aren’t worn. So, wearing a seatbelt is the first step towards a safer drive.

House Of The Dragon Makers To Finally Correct Viral CGI Goof Up! Here’s When Revised Episode Will Be Up

Sony Gets Slaughtered for Relaunching a Franchise Nobody…

Las Plumas grad a pioneer in her field

Formula 1 news | Racing outside of F1 would hurt Daniel…