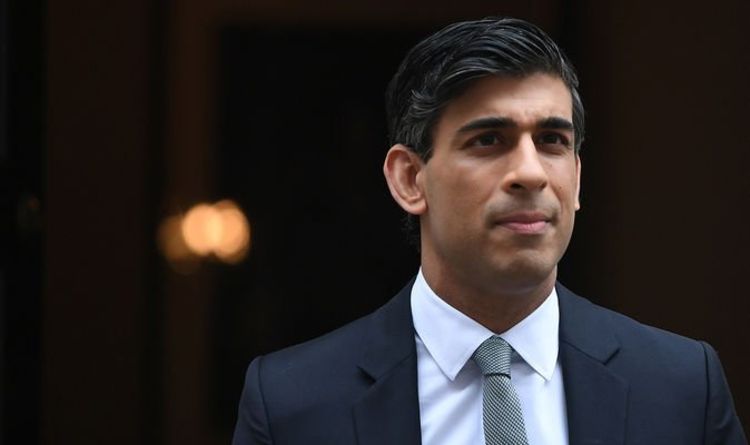 Earlier this month, Chancellor Rishi Sunak hinted that he will not give an eight percent rise to the state pension. At present, the state pension increases each year in line with the rising cost of living seen in the Consumer Prices Index (CPI) measure of inflation, increasing average wages, or 2.5 percent, whichever is highest. Average earnings have been the key part of the debate in recent months – official forecasts suggest that average earnings will be the highest of these three, by a considerable margin. Predictions by the Bank of England suggest that average earnings could go up by eight percent. But this has sparked debate around pensions, as many feel it would be unfair to leave taxpayers forking out for such a steep rise amid a pandemic. Mr Sunak said earlier this month: “The triple lock is government policy but I recognise people’s concerns about what that might mean, given some of the numbers that are being put around.

“We will approach these decisions with fairness in mind – fairness for both pensioners but also for taxpayers.”

Earlier this month, The Telegraph reported that Mr Sunak is considering a tweak to the triple lock which could see pensioners lose out on £200 a year.

The Office of National Statistics (ONS) has highlighted that the lower “underlying” earning growth figure – potentially less than half of the eight percent figure – could instead be used.

This measure has divided opinion.

Tory MP Nigel Mills, the chairman of the all-party group on pensions, said the proposal would “keep the spirit of the promise” made by the Government with the triple lock pledge.

“Minds have been bent to this about how you can do something that is still fair but means the principle of the triple lock doesn’t leave the Government open to a huge increase in one year, because then it’s a ratchet.”

Mr Crabb said: “I suspect the Treasury will look at this very closely… It would still be a sizeable increase on the state pension but probably much lower than full average earnings.”

But Tory Baroness Ros Altmann, a pensions expert, has criticised the idea.

She likened it to a “sleight of hand” and branded it a “knee-jerk” change.

She said: “It’s ill-advised to make a short-term, knee-jerk change to a long-term protection just because you don’t like the numbers.

“This would not be stopping a very generous pension becoming more generous. We have the lowest state pension in the developed world.”

A Treasury source said: “These are estimates. We need to see if average earnings growth we have seen over previous months is sustained before any decisions are taken.”

He said the earnings figures could be “smoothed” in order to make the system fairer.

Mr Cameron said: “I think he will want to stick to the spirit of the triple lock, so I don’t think for a minute he will scrap it entirely.

Inflation: Should you worry about inflation: What do past…

HDFC Bank gears up to ramp up corporate loans, and how!

“I think he will try and adapt the triple lock given the way earnings have moved. He could possibly smooth the earnings figures over two years or maybe even three years.”

He explained that the Treasury could “strip out” the impact of furlough and the pandemic in order to achieve a more realistic figure, similar to the plan Mr Sunak is said to be considering.

Mr Cameron continued: “An alternative is to strip out the effects of the pandemic on national average earnings growth, and that’s the one that has been talked up in recent months.

“The ONS last month produced its earning figures, and showed what earning growth would have been if you stripped out furlough and it also considered that most jobs lost during the pandemic were lower paid jobs.”

“This month, they also gave an indication of how earnings have moved over two years – they have gone up by 7.1 percent, but over the last year, it has been 8.6 percent.

“There will be an adjustment, it will be to use the average figures or take out the distortions caused by furlough and the pandemic.”

No, Amul has not fired 1.38 lakh employees who consume beef