Starman’s Not Looking to Make “Frenemies” 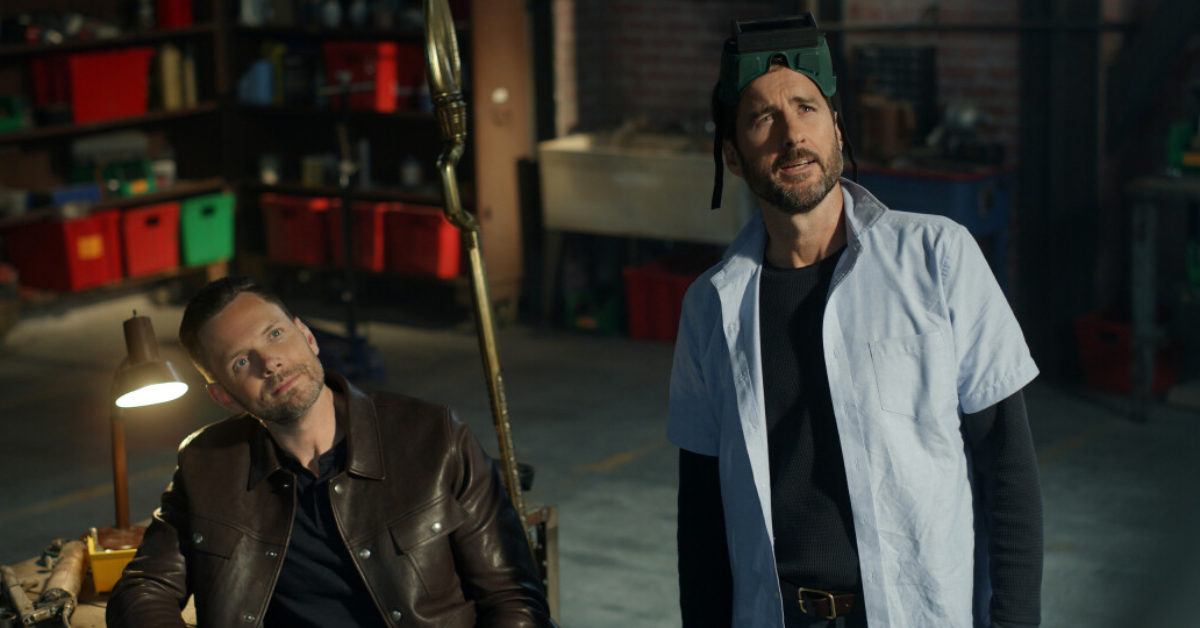 So while fans of The CW’s Brec Bassinger-starring DC’s Stargirl await to see if series star Barbara Smart was correct in saying that the show will know its fourth season fate at the end of the month, we have some preview images for this week’s episode, S03E03 “Frenemies – Chapter Three: The Blackmail” (directed by Walter Carlos Garcia and written by Taylor Streitz), to pass along. As we saw from the previously-released promo, Sylvester (Joel McHale) is having a really hard time adjusting to this whole “Frenemies” concept. Considering his past history with the same folks he’s supposed to be living next door to, you can’t really blame him. But it’s not making it any easier for Courtney (Bassinger), who already has her hands full with a murder mystery that keeps bringing more and more things to light… except for the killer’s identity. Now here’s a look at the trailer, overview & preview images for S03E03 “Frenemies – Chapter Three: The Blackmail,” followed by the overview for S03E04 “Frenemies – Chapter Four: The Evidence”:

DC’s Stargirl Season 3 Episode 3 “Frenemies – Chapter Three: The Blackmail”: FINDING BALANCE – Courtney (Brec Bassinger) and the JSA receive an anonymous tip that could help in their murder investigation. Meanwhile, after being told to find balance, Sylvester (Joel McHale) looks into potential jobs in Blue Valley, while also trying to figure out who he is without his Starman identity. Walter Carlos Garcia directed the episode, written by Taylor Streitz.