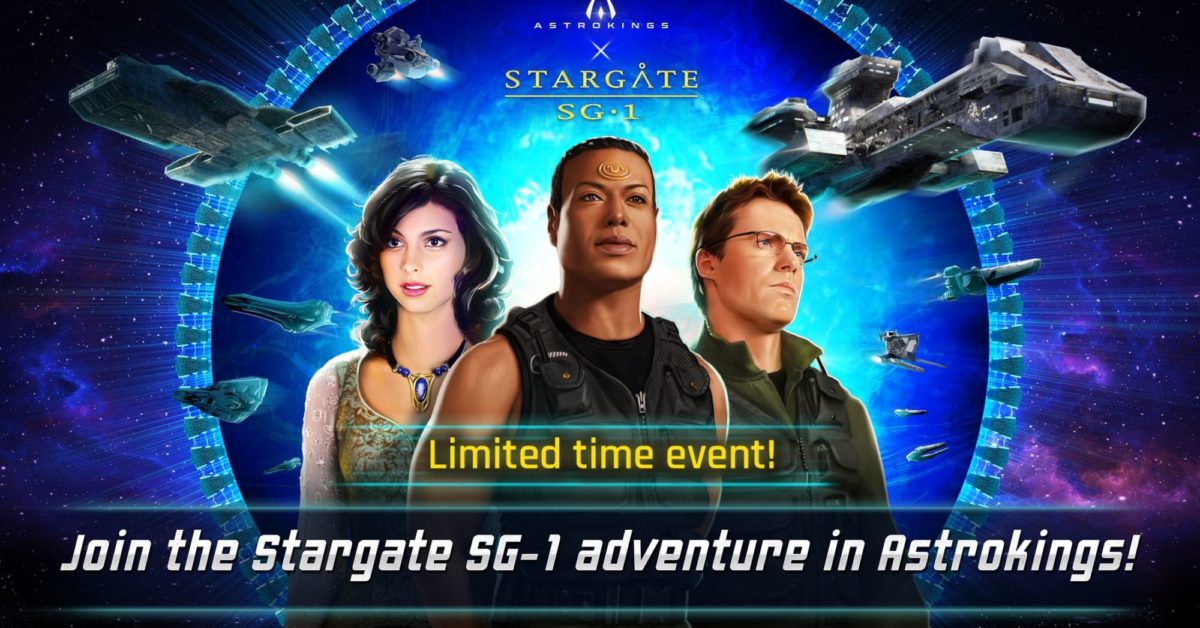 Tilting Point and MGM have brought back the characters from Stargate SG-1 for a new collaboration in Astrokings: Space War Strategy. The event will bring in several characters from the series, as you have a variety of commanders to lead missions, as well as ships from the series to fly into battle with. There’s a number of changes to the game as well that fit into the theme and give players something fun to do for the next couple of weeks. You can play the event right now, as it will leave the game on November 30th, 2022.

“For a limited time, players will be able to receive four new heroes, including The Last Ori’ Adria, ‘Commander’ George S. Hammond, Mercenary’ Vala Mal Doran, and ‘Major’ Janet Fraiser, giving players more options for who will command their ships. Additionally, a new flagship will be available, ‘Light of Ori’, with new beam abilities such as increased attack speed and increased missile resistance for players to use in battle for the first time. Various limited-time events will also be available, including Federation Alien Fleet, where players can summon an alien fleet to help them in battle, as well as “I am Legend,” which challenges players to earn points and rewards for clearing the Stargate dimension rift. More events will be announced in the coming weeks, helping players to form their strongest Federation and grow their power to rule the universe.”

“In Astrokings, players clash with rivals in powerful cosmic spaceship battles, manage futuristic resources and build planetary facilities on countless worlds. In a bid to become the absolute galactic imperator in the epic sci-fi real-time strategy multiplayer experience, players build their own starship fleet, customize it with powerful weapons, and command it either solo or with an alliance team to conquer the galaxy.”