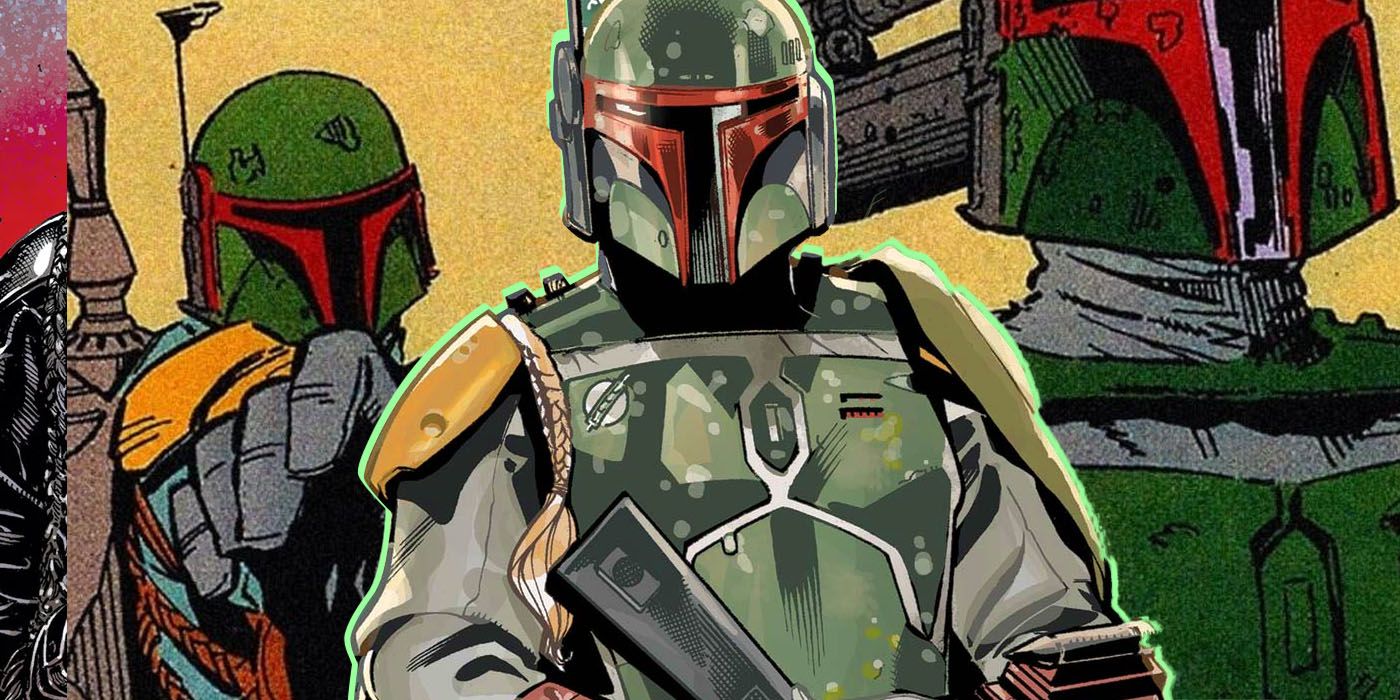 Although the Star Wars bounty hunter Boba Fett is most famous for his Mandalorian armor, there is something else that he values even more.

The intergalactic bounty hunter Boba Fett is among the most popular characters of the original Star Wars Trilogy. A big reason for his initial popularity is his iconic look with his battle scarred armor and sleek Mandalorian helmet. Long before The Book of Boba Fett, the Galaxy’s deadliest bounty hunter made his living based on his reputation.

Even after he escaped from the deadly Sarlacc pit on Tatooine, his reputation as a fearless killer endured and continued to make him lots of money, a fact that remained true both in the new Disney canon and the original Legends continuity. This was highlighted when someone made the mistake of trying to rob Boba Fett of the one thing that is even more important to him than his armor.

RELATED: Scream Receives The Star Wars Treatment – And It Slays

The Legends comic Boba Fett: Twin Engines of Destruction (by Andy Mangels and John Nadeau) opens with two bounty hunters closing in on a single target. One of them appears to be Boba Fett, who narrowly evades traps set by his quarry. The other is rival bounty hunter Dengar, a scarred Corellian who has a tense but respectful professional rivalry with Boba. However, Dengar soon realizes that the bounty hunter beneath the scarred Mandalorian armor is not actually Boba Fett, but rather an imposter named Jodo Kast.

While he is a relatively minor bounty hunter, Kast was surprisingly resourceful and tough. However, those skills were not enough to earn the amounts of money he wanted, so he began dressing in Mandalorian armor reminiscent of what Boba Fett wore. Sometimes, people hired Kast because of the prestige this armor brought, but more than once, he pretended to be Fett so that he could collect more lucrative contracts.

Dengar alerts the real Fett to what is going on, and the two conspire to bring down the imposter. After falsifying a new identity of his own using the pseudonym Madak, Fett approaches a bounty hunters’ guild and puts out a contract. The target does not exist but is sure to lure Jodo Kast into a trap. When the guild representative asks why Madak wants to hire such an expensive bounty hunter, he responds that Boba Fett is unavailable.

As the two set out together, Dengar remarks that all of the scars left from the Sarlacc explain why Fett never removes his helmet to reveal his face. In response, Fett answers that the helmet is his real face. This, more than anything else, is the heart of the issue. Boba Fett takes pride in his work. His reputation is not merely his most valued asset, but is a core part of his identity that is inseparably connected to his armor. Jodo Kast did not need to steal Fett’s actual armor. He took something far more valuable when he stole the likeness that the armor represented.

Once Boba Fett captures the imposter, the legendary bounty hunter makes something very clear: Kast is a nobody who could never have hoped to emulate the real deal. To prove this, he offers Kast a chance to escape with his life, if he can perform a feat that Fett could easily pull off. Kast’s failure to do so proves that there is only one Boba Fett, a fact that the imposter takes to his grave.

Theo Kogod is a freelance writer, educator, researcher, and activist. They helped found the magazine 3 Feet Left as its Resident Writer while working as an English teacher in Japan. Since then, they’ve written for various online publications, including CBR, Screen Rant, The Gamer, and The Comics Vault. Their published fiction includes the prose superhero story “Typical Heroes” released by Diabolical Plots and the sci-fi story “Antediluvian” in the anthology A Flash of Silver-Green. They currently live in North Carolina with their spouse, two adorable cats, and an ever-growing book-hoard.
You can find them on Twitter at @TKogod.
You can also watch their videos on YouTube under the name Theo Kogod, where they post sporadically.