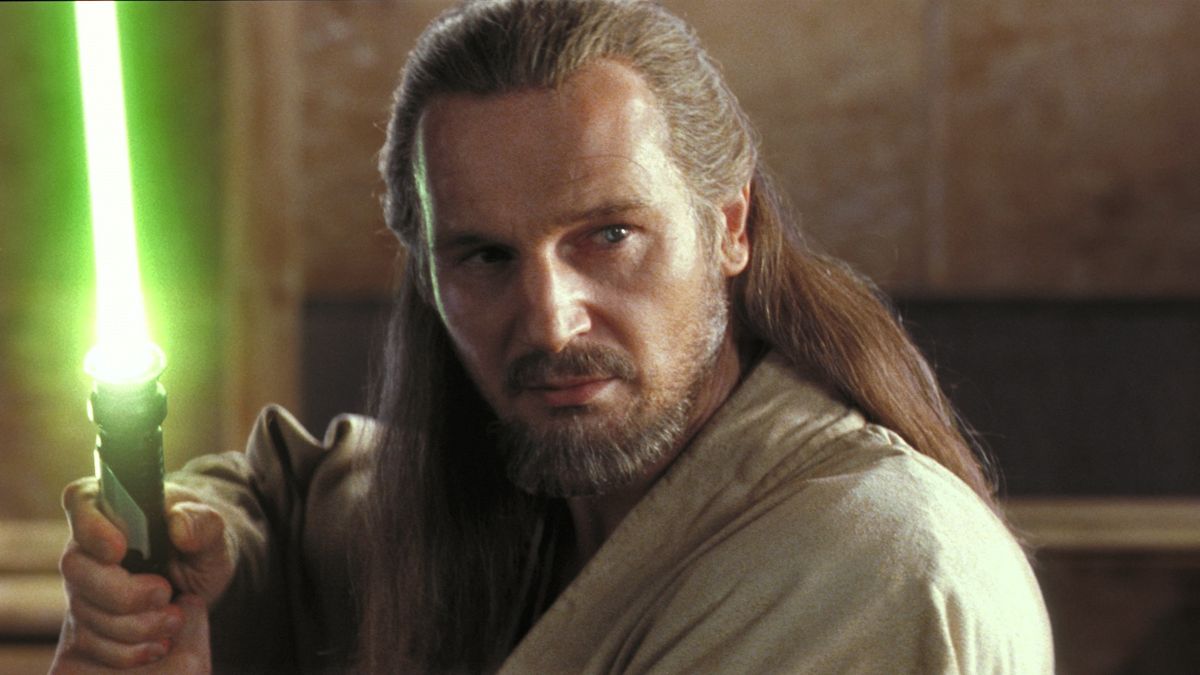 The Obi-Wan Kenobi Star Wars TV show will bring back Hayden Christensen as Darth Vader/Anakin Skywalker for another showdown between apprentice and master – but another prequel-era Jedi is potentially interested in a return.

Actor Liam Neeson, when asked if he’d be interested in reprising his role as the Episode I Jedi Master Qui-Gon Jinn in the upcoming Disney Plus show, sounded pretty positive. “Sure, I’d be up for that, yeah,” he told Collider.

Collider also pointed out to him that fans frequently request Neeson’s return as the character. “I’ll be honest with you: I haven’t heard that at all,” Neeson replied. Honestly, that was our reaction too, when it comes to revisiting the prequel trilogy – but fan perception of the prequel films does seem to be slowly pivoting towards the positive, likely because of younger generations who got their first taste of Star Wars from Episodes I-III. The prequel-era set The Clone Wars show no doubt helped their reputation, too.

The Disney Plus show is expected to have begun filming now, so if the plan was to have Qui-Gon turn up again, it probably would’ve happened already. Still, Neeson didn’t seem particularly aware of Star Wars’ very busy future, reportedly asking Collider if “Star Wars [is] starting to fade away from [the] cinema landscape”.

The next Star Wars movie set for cinemas is Rogue Squadron, coming in 2023.

Our take on the Obi-Wan Kenobi show is that it gives Lucasfilm the chance to salvage the prequels’ reputation a little bit – while also connecting the dots further between the films and the animated shows. Having Qui-Gon pop up would be a nice way to further that, and the whole ‘Force Ghost’ concept essentially justifies the possibility of his return.

Still, like we say, if Neeson hasn’t already been asked, it’s probably not on the cards.