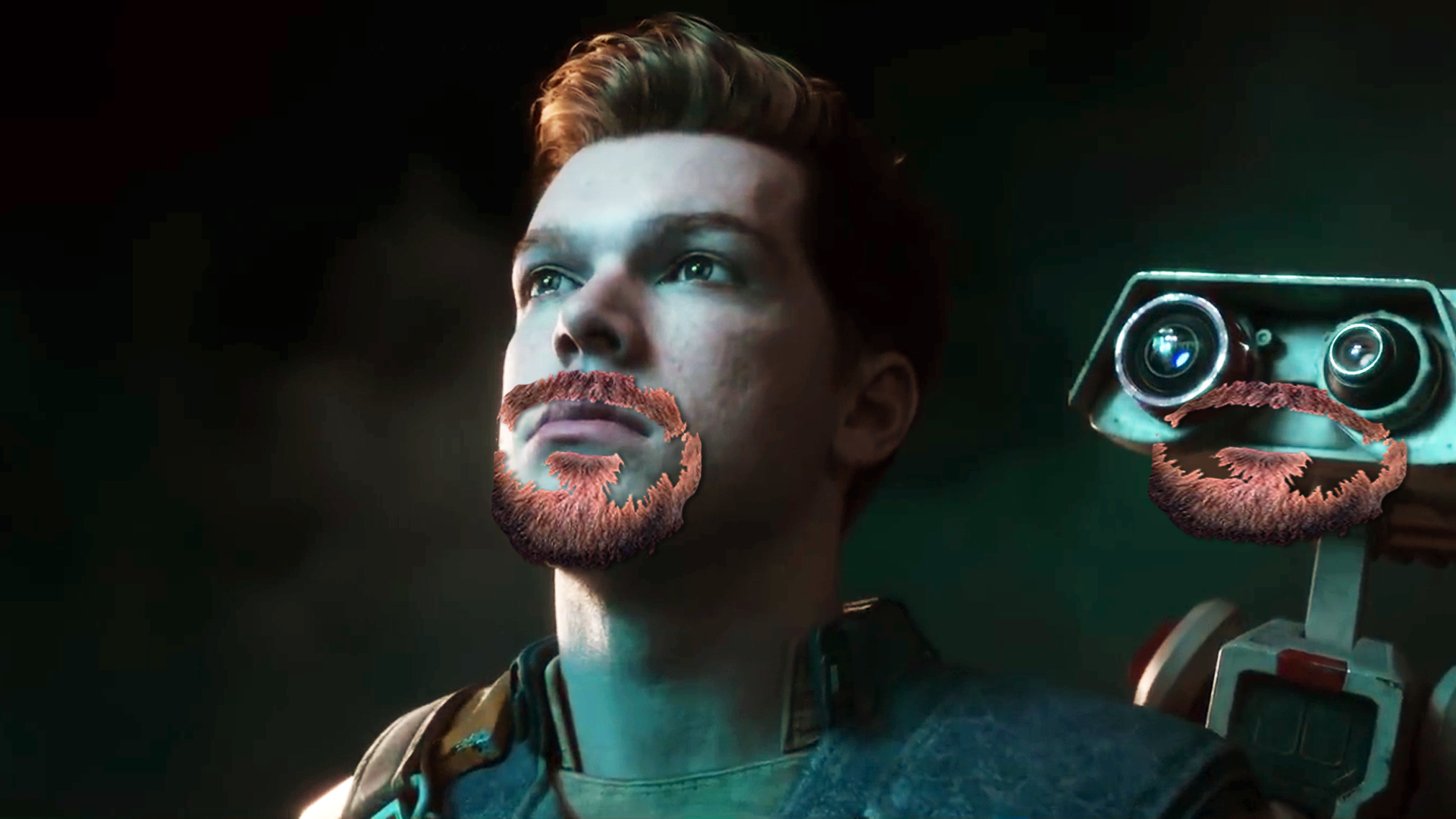 At SDCC 2022, Hasbro has revealed our first really good look at the new Star Wars Jedi: Survivor Cal Kestis design. Whereas Cal in Star Wars Jedi: Fallen Order fought only with a lightsaber, Survivor looks like it’s heading in a more Jedi Knight/Dark Forces direction – with Cal sporting a blaster and even a stylish Kyle Katarn beard.

When Star Wars Jedi: Fallen Order was first announced, Respawn and EA made sure to distance it from another one of the best Star Wars games on PC – the beloved Jedi Knight series. Now, going by the action figure design of Cal Kestis – spotted by DiscussingFilm – it looks like Survivor will take more of an influence from Jedi Knight.

Whereas in Fallen Order the player could only fight with lightsaber and Force powers, in Survivor Cal appears to be carrying a blaster – so, like in Jedi Knight, we may get shooting alongside the Jedi stuff. Cal even seems to be sporting a chin strap beard similar to Jedi Knight protagonist Kyle Katarn (although slightly less bushy, maybe in the next game).

It’s interesting that Survivor’s trailer didn’t reveal the beard, so it may come later. Alongside the new Cal Kestis design, Hasbro also reveals a couple of droid variations for the game. It looks like we’ll battle Clone Wars-era Battle Droids and Magna-Guards at some point in Survivor.

Hasbro has revealed new action figures for ‘STAR WARS JEDI: SURVIVOR’ including Cal Kestis’ new design and new characters such as a KX security droid and a B-1 battle droid. #SDCC pic.twitter.com/1yjBWT0JXq

We’ll find out more closer to release, and hopefully, we’ll get another proper trailer sooner rather than later.

In other recent Star Wars Jedi: Survivor news, the game’s Steam page is now up with a worrying release window of “coming soon” rather than the 2023 date seen in the trailer.

Rep. John Lewis Eisner-Winning RUN May Not Get a Sequel

The simplest way to have data while traveling

IndiGo share price: Can demand revival pave the way to…

Study: These are the most competitive rental markets in…