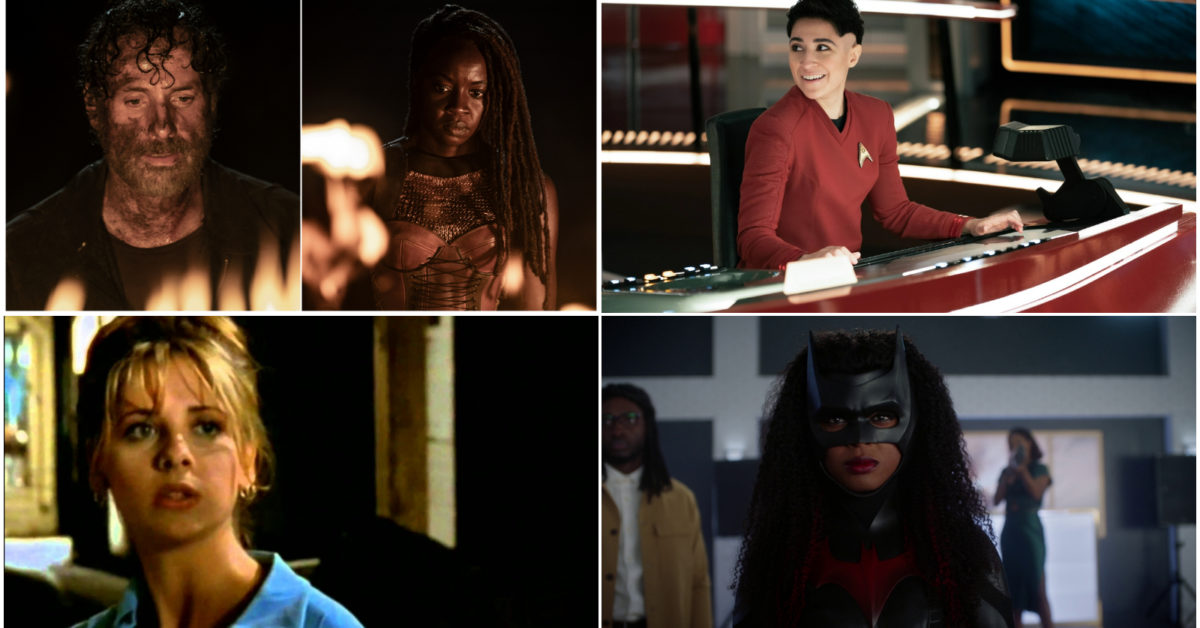 Can’t seem to get my mind off of you/Back here at home, there’s nothin’ to do/Now that I’m away/I wish I’d stayed/Tomorrow’s a day of mine that you won’t be in/When you looked at me I should’ve run/But I thought it was just for fun/I see I was wrong/And I’m not so strong/I should have known all along that time would tell/One week without you/I thought I’d forget/Six months without you and I still haven’t gotten over you yet/Vacation, all I ever wanted/Vacation, had to get away/Vacation, meant to be spent alone/Vacation, all I ever wanted/Vacation, had to get away/Vacation, meant to be spent alone… with the BCTV Daily Dispatch!” With respect to The Go-Go’s for “Vacation” as our opening “long-distance dedication,” welcome back to Bleeding Cool TV’s “big tent” look at what we’ve been doing for the past 24 hours that you might’ve missed or might want to check out again. We’re talking about everything from news and reviews to interviews and opinion pieces- all for your television-obsessed enjoyment. Our line-up for this morning includes Paramount+’s Star Trek: Strange New Worlds star Melissa Navia previewing a Season 2 away team look, AMC’s The Walking Dead sharing episode & behind-the-scenes looks at Andrew Lincoln‘s Rick Grimes & Danai Gurira‘s Michonne, Paramount+’s Criminal Minds: Evolution posting more preview images from the first two episodes, Freddie Prince Jr. revealing that he’s never seen an episode of Buffy the Vampire Slayer, Javicia Leslie bringing a whole ton of Batwoman vibes to The CW’s The Flash, and ABC’s Big Sky: Deadly Trails & The Rookie dropping some big episode overviews.

Now here’s a look at your BCTV Daily Dispatch for Tuesday, November 22, 2022:

WWE Raw Preview: Who Will Be Made a Turkey Before Survivor Series?

Treason Preview: Because Charlie Cox Does Not Live By Daredevil Alone