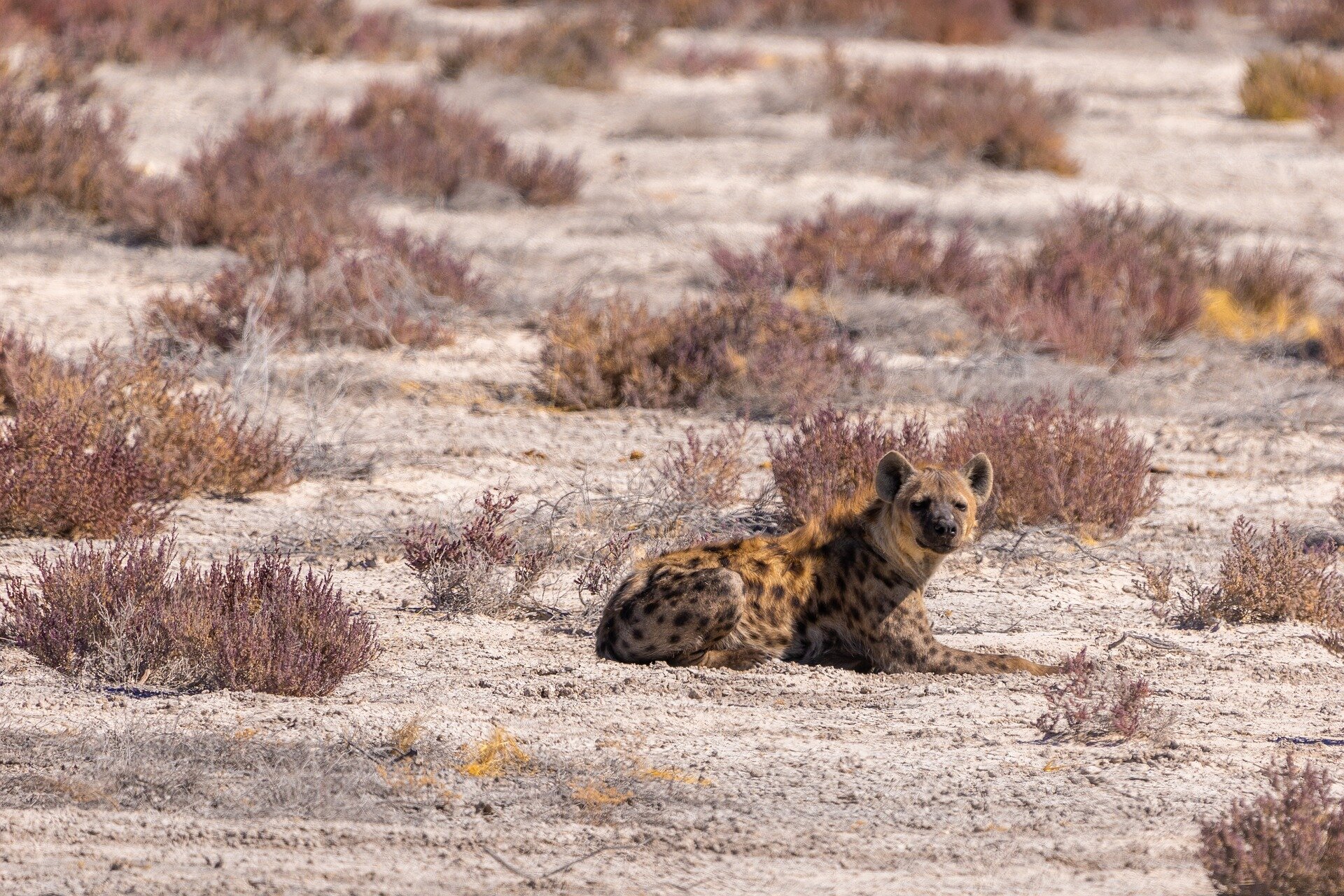 On quiet nights across large swaths of the African bush, you may hear a series of whooping calls in the distance. This unique sound is the long-distance vocalization used by spotted hyenas (Crocuta crocuta) to communicate with each other.

For hyenas, it’s advantageous to know who is calling before deciding to respond. They don’t treat every member of their group the same—and the caller could even be an intruder in their territory.

In animal societies, identity signals are common. They mediate interactions within groups, and allow individuals to discriminate group-mates from out-group competitors. However, individual recognition becomes increasingly challenging as group size increases and as signals must be transmitted over greater distances.

We hypothesized that for hyenas long-distance calls could be used to determine the individual identity and the group membership of the caller.

Our research sought to determine what information is in these calls, and how hyenas are able to determine whether they are hearing a group mate or an intruder.

We found these calls were individually distinct. Hyenas from the same clan did not sound similar enough to identify the caller’s group membership from voice alone. This means hyenas must be able to remember the voices of their group mates, an impressive feat of memorization. It also has implications for how hyenas maintain contact with each other and coordinate their movements over long distances.

Our results suggest that individual identity of the caller is important enough and that a group signature is not enough information for a listening hyena to decide whether to respond or not. Furthermore, distinctive voices may more easily evolve and identifying the individual is enough for hyenas to remember what group the caller belongs to.

Spotted hyenas can be found in a range of habitats throughout sub-Saharan Africa. Their population is estimated to be between 20,000 and 50,000 individuals, with the highest known concentrations in Tanzania’s Serengeti ecosystem. They live in social groups, called clans, that range in size from only six in harsh semi-desert habitats in Namibia to over 125 individuals in Kenya’s Maasai Mara National Reserve.

Within these social groups, spotted hyenas have a strict dominance hierarchy that determines who gets to feed first at carcasses and kills. When a female hyena has new cubs, they enter the dominance ranking right below their mother, pushing their older siblings lower in the pecking order. Young hyenas learn their position, along with the positions of their clan mates. Eventually, they will know where they, and the rest of their clan mates, fit into this hierarchy. Females will remain in this hierarchy their whole lives. When males reach maturity, they usually emigrate, where they become the lowest ranking member of their new clan.

Spotted hyenas share and defend a territory as a group, but those groups can be large and individuals are often spread out across the landscape. This makes it difficult to coordinate movements and request help to expel lions and intruding hyenas. To communicate over these long distances, spotted hyenas use whoops, a loud, repetitive call that can be heard up to five kilometers away.

When hyenas hear fast whoops from their group mates they often respond by traveling long distances to the caller, where they might help fight off lions or other intruders in the territory. And spotted hyena mothers recognize the whoops of their young cubs. If hyenas hear voices they do not recognize, they will approach and attack the intruders and they can even assess how many new voices they hear.

The hyenas have complicated relationships with their group-mates; it might be advantageous to know who is calling before going to help. Additionally, over long distances, it may be difficult to hear the distinctive voice of a caller. And remembering the voices of over 100 group mates may become cognitively difficult.

We wanted to test whether the long-distance calls indicated the identity and group membership of the caller.

We recorded a large number of whoop vocalizations from the spotted hyenas in our study population. The Mara Hyena Project has been studying groups of hyenas, called clans, in the Maasai Mara National Reserve in Kenya since 1988. As part of our routine monitoring of hyena demography and behavior, we keep track of all individuals that immigrate or are born into our study clans. We keep track of their ages, ranks in the social hierarchy, where they spend their time, and with whom they socialize.

We took a variety of acoustic measures to characterize each of the recorded whoops—the frequency, or pitch, length, and how tonal the whoop was. Then we used a machine learning technique called “random forests” to test whether the whoops identified the individual or group.

We also used our results from the machine learning to calculate how the repetitive nature of whoops might increase the likelihood of correctly identifying the caller.

Whoops are almost always repeated as a series called a bout. This repetition may make identifying the caller easier over long distances when the bout is difficult to hear. The need to memorize the voices of everyone within a group may also explain why spotted hyenas whoop so often. This whoop broadcasting may provide an opportunity for group mates to learn each other’s voices while also keeping track of individuals’ locations with the large territory.

Citation:
Spotted hyenas all sound different when they call—they can tell friend from foe (2023, January 16)
retrieved 16 January 2023
from https://phys.org/news/2023-01-hyenas-callthey-friend-foe.html