Splitgate Launch Delayed To August Due To Server Overload 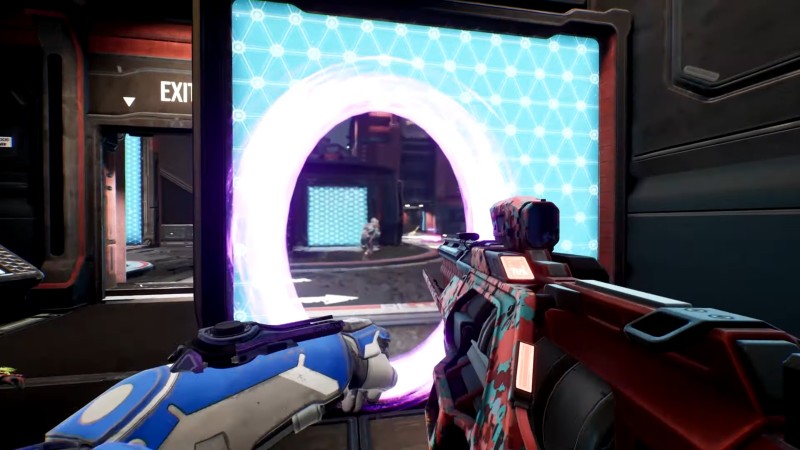 Splitgate, the free-to-play multiplayer shooter that blends Halo-esque gunplay with Portal style, well, portals, won’t be launching tomorrow as planned. That’s because the open beta that’s been running during the past two weeks had so many active players that the servers became overloaded, forcing a delay.

If you haven’t heard of Splitgate, it’s a fast-paced sci-fi shooter with a fun and familiar twist. Players can fire portals that function exactly as they do in Portal, meaning you can create your own entry/exit points. This adds another thoughtful layer of strategy as you set up shortcuts to quickly warp across maps and create unpredictable vantage points for attack. Of course, your opponents can do the same which lends itself to all sorts of chaos. Already boasting a variety of maps and modes, Splitgate has earned positive buzz since entering beta in 2019.

That fanfare has only grown. The open beta that began 14 days ago garnered hundreds of thousands of players within the first week. That player count has now jumped to an impressive 2 million. However, the massive glut of users has put a severe strain on the game’s servers.

“Our team has been blown away by the incredible reception the Splitgate community has shown us,” says 1047 Games CEO/co-founder Ian Proulx. “With the steep and sudden increase in players trying to access servers, we’re having to sort out a myriad of technical issues that come with this level of insane growth. We’ve worked hard to provide a high-quality game and experience, and our biggest challenge is simply to have enough capacity to serve the entire community.”

Because of these technical issues, the game’s full launch will not go live on July 27 as planned. Instead, Splitgate will be released sometime in August. The current open beta will continue running in the meantime. To help remedy these problems, 1047 Games will receive $10 million in financial backing by venture firm Human Capital to help fund the expansion of the developer’s engineering and tech support.

Splitgate may not have an exact launch date yet, but it will be available free-to-play on PlayStation 5, Xbox Series X/S, PlayStation 4, Xbox One, and PC (and yes, it will support cross-play). The full launch will also introduce new maps and other content.

Have you played Splitgate? If so, what do you think and are you disappointed by the delay? Let us know in the comments!