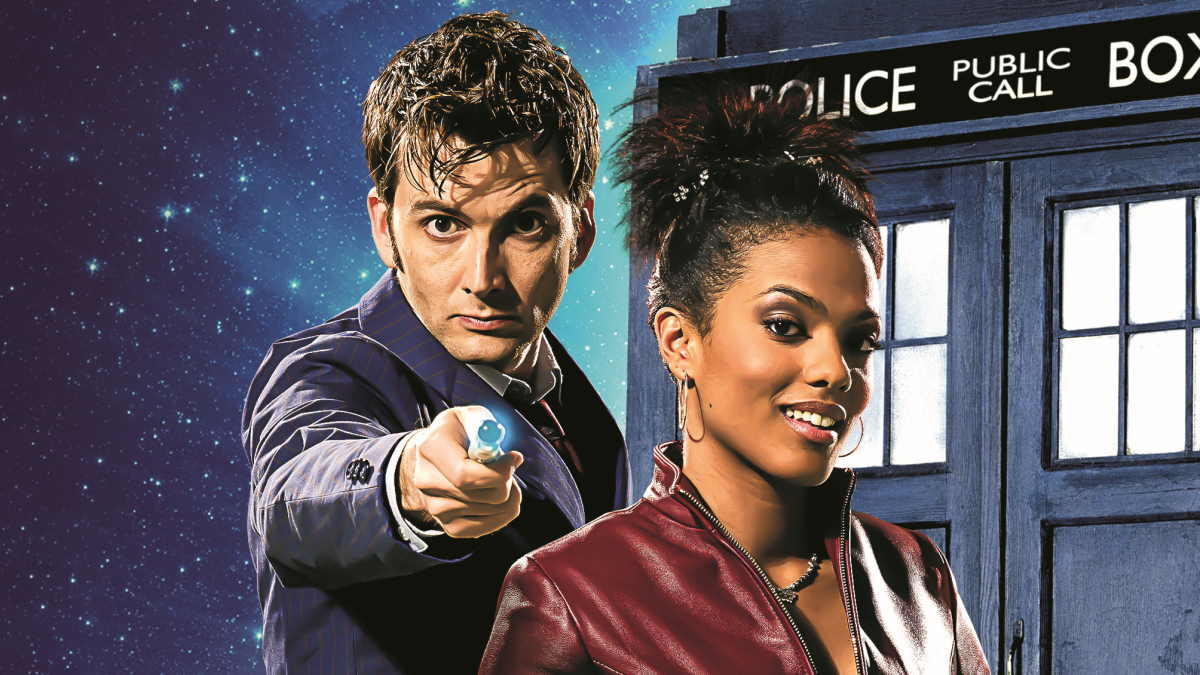 Marvel’s former Spider-Man writer Dan Slott will write a new Doctor Who adventure featuring the most popular incarnation of the Doctor. In addition to the Tenth Doctor, the story features companion Martha Jones. The Eisner award-winning writer and known Doctor Who fanatic will pen three Doctor Who one-shots starting with April’s Doctor Who Special: 2022. Slott is best known for his work at Marvel Comics, writing The Amazing Spider-Man, She-Hulk, The Superior Spider-Man, Tony Stark: Iron Man, The Mighty Avengers, Fantastic Four, and Silver Surfer. That last title might be of particular interest to Doctor Who fans. Slott’s Silver Surfer run borrowed tropes from Doctor Who, pairing Marvel’s cosmic traveler with a young companion for exciting adventures.

Slott’s Doctor Who story has a frame story premise similar to 1001 Arabian Nights. In Slott’s tale, beings called Pyromeths capture Martha Jones. Her only chance of surviving depends on her ability to distract her captors by telling previously unheard stories of the Doctor’s adventures, including run-ins with foes both new and old.

Slott is teaming with artist Christopher Jones. Jones will be familiar to fans of Doctor Who comics for his work on Titan’s Doctor Who: The Third Doctor – Heralds Of Destruction and Doctor Who: The Seventh Doctor – Operation Volcano miniseries.

“One of the worst secrets in comics is that I am one of the world’s biggest Whovians!” says Slott in a press release. “I’ve been regularly watching Doctor Who since the Tom Baker years, and am deeply devoted to every incarnation of the show! I’ve been waiting to write stories for the Doctor my whole life! And I couldn’t be happier than getting a chance to tell an all-new tale of the Tenth Doctor – and to be doing this with Chris and all the fine folks at TITAN! Allons-Y!”

“I’m very excited to be working on this project with Dan – he’s a huge Who fan, and it shows. This Doctor Who special exudes all of Dan’s creativity and love of storytelling, with a few surprises along the way!” says Doctor Who Comic editor Jake Devine.

“We’re totally fired up that Dan is bringing his incredible knowledge and lifelong enthusiasm for Doctor Who to writing a story that will lead into a year long chapter for our favourite Time Lord,” says Titan Comics Publishers, Dr. Vivian Cheung & Nick Landau

What do you think? Let us know in the comments. Doctor Who Special: 2022 goes on sale in April.

Luke Ferraris looking to kick on after Ka Ying Star’s…

Meghan Markle had her engagement ring altered but it wasn’t…

You only answer phone calls from contacts/non-spam numbers