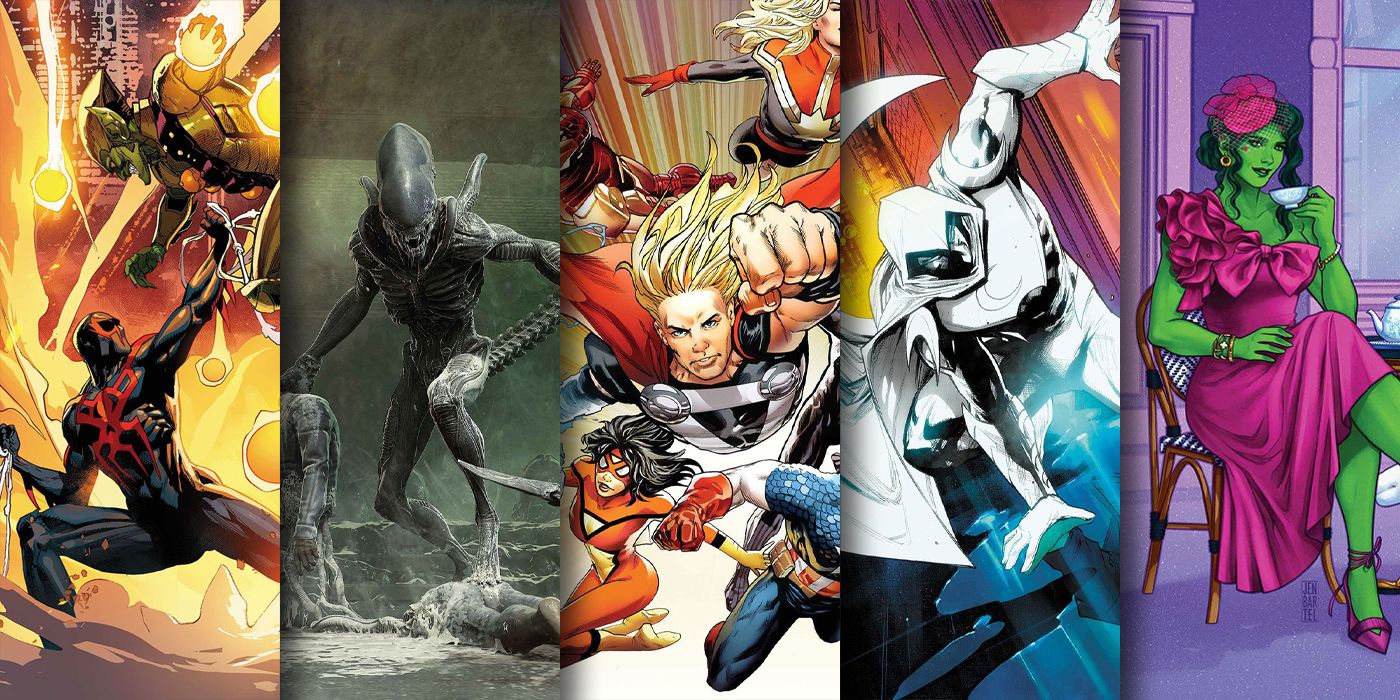 Marvel’s Spider-Man 2099: Exodus saga and celebration of Miguel O’Hara reaches its finale with the web-slinger fighting the original Green Goblin.

A futuristic battle between Spider-Man and the Green Goblin headlines the new releases for Marvel Comics.

Marvel is celebrating the 30th anniversary of Miguel O’Hara aka Spider-Man 2099 with the seven-part Spider-Man 2099: Exodus story, which comes to a close on Wednesday with the release of Spider-Man 2099: Exodus – Omega #1. Miguel has learned that classic Spider-Man foe Norman Osborn is behind the villainous organization known as the Cabal, and is trying to stop him from obtaining world-changing materials left behind by a dead celestial. After enlisting the help of 2099’s Winter Soldier, Avengers, Black Widow, X-Men and more, the upcoming one-shot promises the awaited matchup between Spider-Man 2099 and the Green Goblin.

As Exodus comes to a close, Marvel is launching two brand-new series on Wednesday. The first is All-Out Avengers by writer Derek Landy and artist Greg Land, a new title for the team featuring members like Spider-Man, Thor, Captain Marvel and Spider-Woman, among others. As for the second title, writer Phillip Kennedy Johnson and artist Julius Ohta are kicking off another Alien series, once again terrifying readers with xenomorphs in space.

Other titles out this week include Ghost Rider, Moon Knight, She-Hulk and more. Moon Girl is teaming up with the X-Men in a new one-shot, while Black Panther faces a new villain — the Colonist — in Black Panther #9. The full list of releases can be found alphabetically below, covers and solicitations included.

All of these issues go on sale Sep. 7 from Marvel Comics.

India’s aspirations are rising but so is the dependence on credit: survey