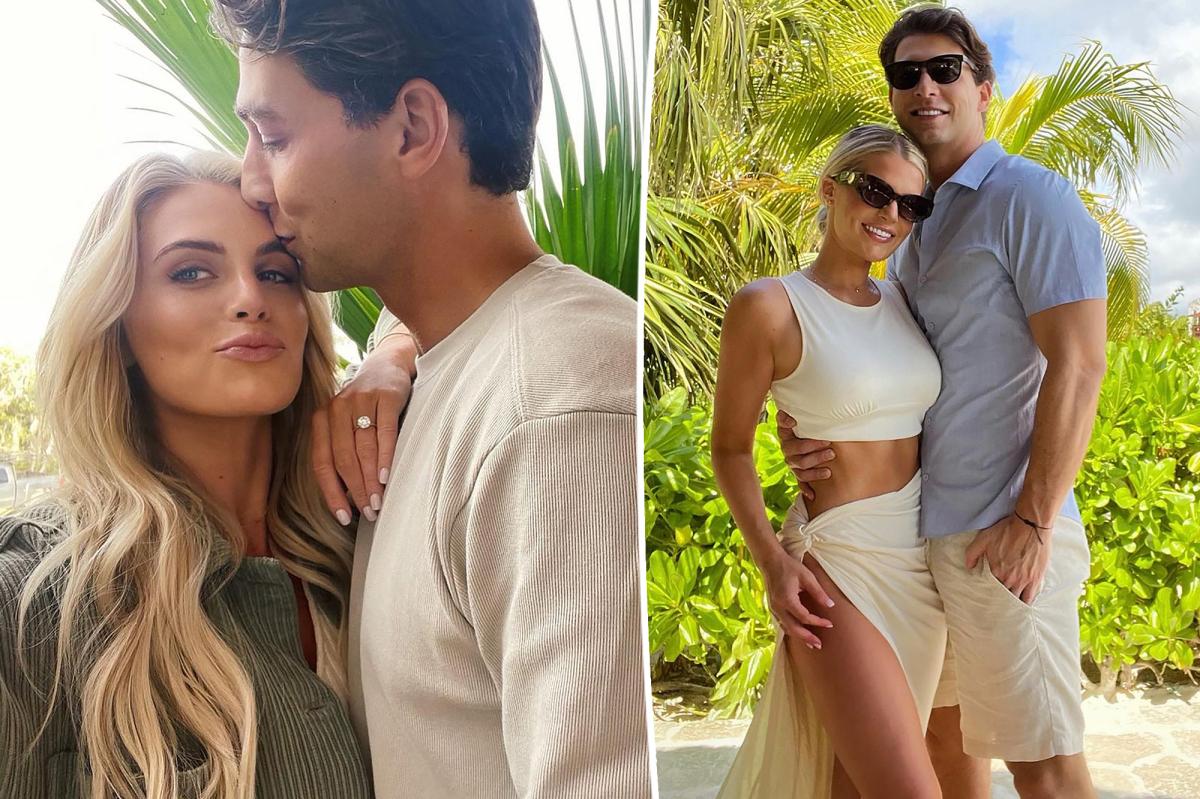 Madison LeCroy said “I do” to Brett Randle in Mexico on Saturday, Page Six can confirm.

We’re told the “Southern Charm” star, 32, and Randle, 36, tied the knot at a destination wedding in Riviera Maya.

The lovebirds were surrounded by family members and close friends — none of which were LeCroy’s co-stars — for an intimate ceremony at the Chablé Maroma hotel.

LeCroy’s 10-year-old son, Hudson, served as both her and Randle’s best man, standing by his new stepdad’s side for the nuptials.

The nuptials took place just days after the couple got legally married in Charleston on Wednesday, per court records obtained by Page Six.

Their wedding comes a little over a year after Randle popped the question on Oct. 8, 2021, after dating for seven months. He even asked for Hudson’s permission to marry his mom.

“I am engaged! And I’m so excited because I honestly had no clue at the time,” she announced on Amazon Live at the time.

“It was a very special moment for my family. We traveled a good bit around the world, and I kinda thought it would possibly happen then, but I think it happens when you least expect it.”

LeCroy made their relationship Instagram-official last June. At the time, she kept his identity private and later revealed only his first name.

The two had met in the spring of 2021 while LeCroy was in Scottsdale, Ariz., for a friend’s bachelorette party.

Nonetheless, the couple’s relationship has mostly been long-distance since Randle lives in California while LeCroy and her son reside in South Carolina. However, LeCroy recently bought a house in Charleston, so Randle may become a full-time Charlestonian.

Despite her being a married woman now, fans won’t be seeing much of Randle on the show since he’s not interested.

“I would go bat s–t crazy if people were mean to him,” LeCroy said on an Instagram Live in January.

The reality TV star previously made headlines for her relationship with Alex Rodriguez. She found herself at the center of Rodriguez and Jennifer Lopez’s breakup last March after it was revealed she and him had Instagram messaged each other; LeCroy maintained that he “never physically cheated” on Lopez with her.

Page Six exclusively reported that Lopez called off the engagement because she was “embarrassed” by the fact that the former baseball star allegedly cheated on her with LeCroy.

Prior to that, LeCroy had a tumultuous relationship with her co-star Austen Kroll since 2018, but she told Page Six in December 2020 that they decided to call it quits for good.

“I hope he [Kroll] shows some maturity and supports me and is happy for me,” she told Page Six after her engagement. “He knows what I want in my life and to actually see that this is becoming a reality, I think that he’ll be happy for me.”

LeCroy was previously married to Josh Hughes — whom she co-parents Hudson with. They tied the knot when she was just 20 years old and split about five years later when Hudson was 3 years old.

Denial of responsibility! My droll is an automatic aggregator of the all world’s media. In each content, the hyperlink to the primary source is specified. All trademarks belong to their rightful owners, all materials to their authors. If you are the owner of the content and do not want us to publish your materials, please contact us by email – [email protected]. The content will be deleted within 24 hours.
bravocelebrity couplescelebrity marriagescelebrity weddingsMadison LeCroyreality starsReality TVsouthern charm
0
Share