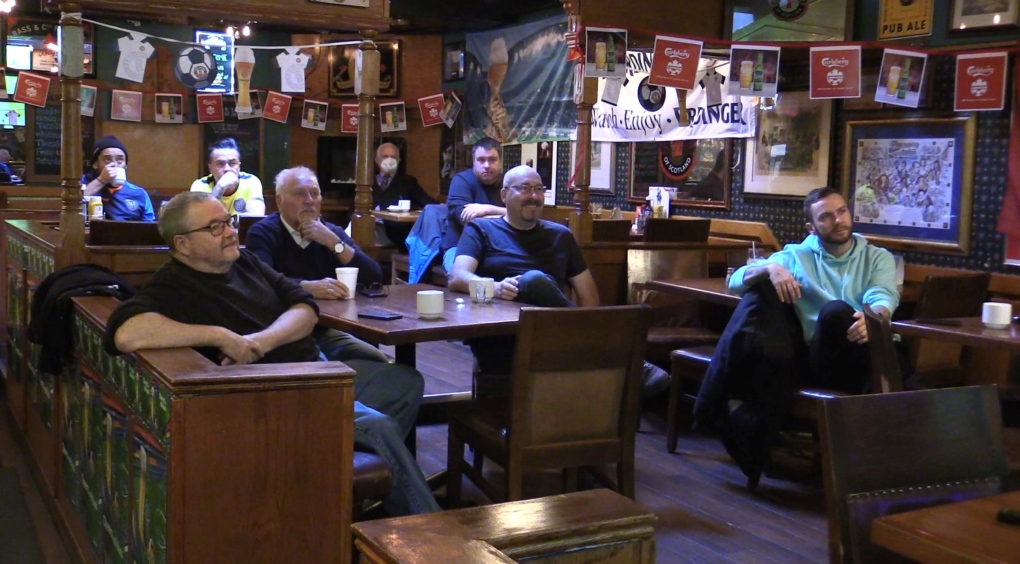 The opening goal of the 2022 World Cup brought Diego Guetierrez out of his seat.

The Londoner born in Ecuador was watching the first match with his brother Paul at Scot’s Corner in downtown London, Ont. Sunday.

“Being in the first match is pretty awesome,” said Paul. “We get to inaugurate the World Cup.”

A few die-hard fans showed up to see the first contest, but the expectation is there will be many more at the unofficial soccer headquarters when England plays on Monday at 8 a.m.

The question remains with a late fall tournament, and many people working from home, will the crowds show up?

Soccer fans take in the opening match of the 2022 World Cup at Scot’s Corner in downtown London, Ont. (Source: Brent Lale/CTV London).“November, downtown is quiet right now as not all the offices are back at work,” explained Billy Thomson, owner of Scot’s Corner. “We use to get a lot of guys from the offices coming here, so we’ll just keep our fingers crossed as we’re here anyway. Canada will be the big one, Wednesday at two o’clock.”

When the Three Lions match kicks off, fans will legally be allowed to have a beer as early as 7 a.m., after the province gave the thumbs up to serving beer during the tournament

“While temporary extensions are not normally provided for events taking place outside of the province or applicable to outdoor licensed areas, the Registrar recognizes that the FIFA World Cup 2022 is an event of international significance for many communities in Ontario and is one of the most watched sporting events in the world,” a news release from the AGCO (Alcohol and Gaming Commission of Ontario) read.

“In Ontario specifically, the tournament attracts a large and enthusiastic following within the province’s broad multicultural communities,” it added.

It’s good news for the England match, as well as Wednesday at the German Canadian Club (GCC) in London, when Germany plays at 8 a.m.

“This is a very progressive for the agency to do this moving forward,” said Juergen Belle, beverage manager at the GCC. 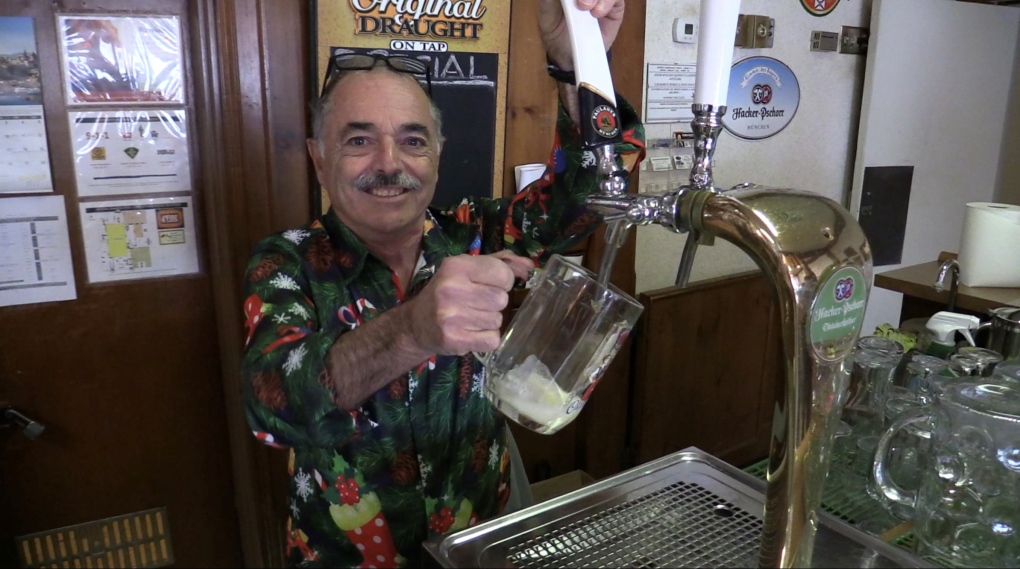 Toronto Mayor John Tory pushed hard for the change once again, and Belle is thrilled it was approved.

“It’s a culture where you’d like to have a pint to watch your favorite team play, and that’s really good for us,” said Belle, whose club will open for the Germany and Canada matches, and fans will be able to watch on two new big TVs.

“I mean, we’re not necessarily going to open up [at] seven, we might open a half hour before, to get people into the mood and watch the pregame,” Belle added.

Back at Scot’s Corner, the Guetierrez brothers are excited for the opening 2-0 Ecuador win, and hope it’s a sign of things to come.

“We’ve been in the World Cup three times and one of the best times we had was against England and second round we lost a free kick,” said Paul. “Hopefully this time we can make it to the third round.”

Jasmine Tookes Is Pregnant! The Model Opens Up About Her Pregnancy Journey

University of Idaho murders: Suspect still not identified as…

Christian Bale Explains Someone Actually Admitted To Him One…