So Who Do YOU Want As S48 Host/Musical Guest? 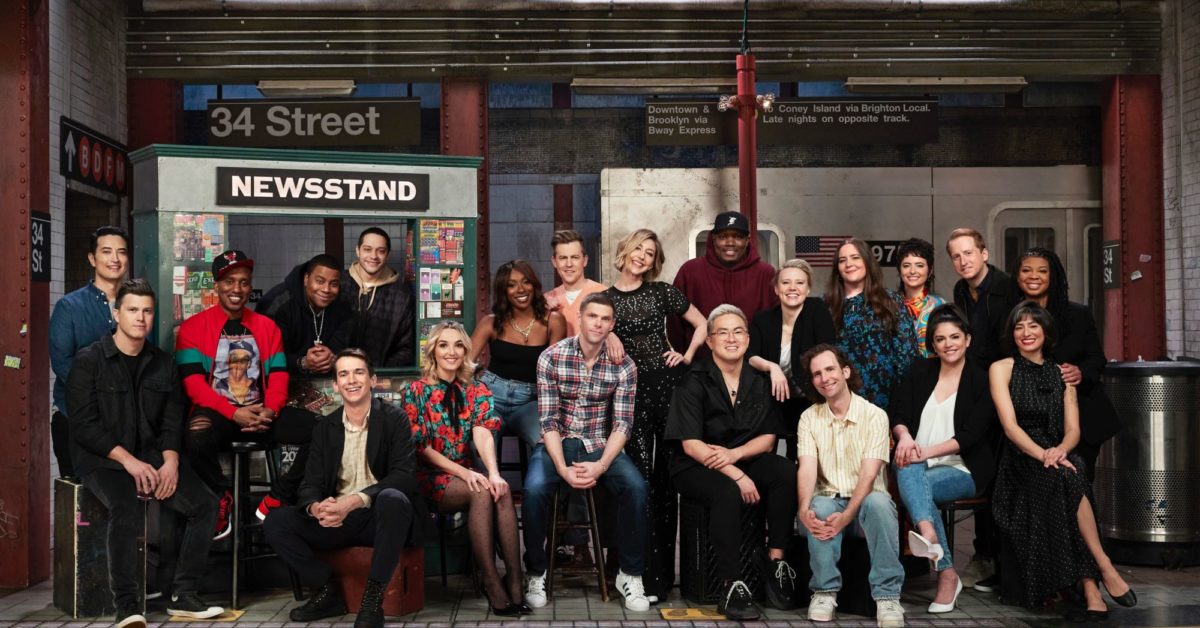 Between Pete Davidson, Kate McKinnon, Aidy Bryant, and Kyle Mooney exiting at the end of last season, and series creator Lorne Michaels hinting heavily at the possibility that he may step down after the show’s 50th season, it’s nice to get back to reporting on the on-screen life of NBC’s Saturday Night Live. And with September only days away, fans are getting very curious to see who the first line-up of hosts & musical guests will be. In fact, SNL’s social media accounts are asking to hear from all of you on both of those questions. And why not play along here? Hit us up in the comments section below to let us know who you think should host, perform, or both.

Now here’s a look at the tweets asking the two important questions for you to comment on (and for you to see just how wrong you end up being by the end of the season):

“Is that the rumor? All right, well, I need to start planning,” Thompson joked to Charlamagne the God during the latter’s show Hell of a Week on Comedy Central regarding the rumor that Michaels may retire with the 50th season. For Thompson, the concern is what (and who) will fill the void left by Michaels’ departure when it comes to doing right by the show. “He’s [Michaels] the one that’s had his touch on the whole thing. It opens the opportunity for a lot of bulls— to come into the game because he’s such a legend that he keeps off those corporate wolves,” he explained. And that’s especially true when it comes to the show’s budget, an issue that Michaels has fought the network and corporate owners over since before the show hit screens in the ’70s. “At that point, you can’t really do the same kind of show,” Thompson continued. “They spend a lot of money on that show every week. It’s an expensive show, but it’s a one-of-a-kind thing. It’s the only one. You know, ‘Live from New York.'”

During a tour behind-the-scenes of SNL’s show night with CBS Mornings host Gayle King for his Kennedy Center honor before the end of 2021, Michaels revealed that he had been thinking of retiring and thought it was a “really good time to leave.” But first and foremost, his commitment is to see the show make it to that milestone. “I think I’m committed to doing this show until its 50th anniversary, which is in three years. I’d like to see that through, and I have a feeling that’d be a really good time to leave,” Michaels explained. “I won’t want the show ever to be bad. I care too deeply about it. It’s been my life’s work. So I’m going to do everything I can to see it carry on and carry on well,” he continued. And while Michaels was loathed to discuss details on something that wouldn’t happen for three more years, he did admit when it comes to who would take on the role next that they had “a sense of where we’re headed with that.”

Why We Need to Say Goodbye to the Status Meeting

The Next Mafia Game Is In Development