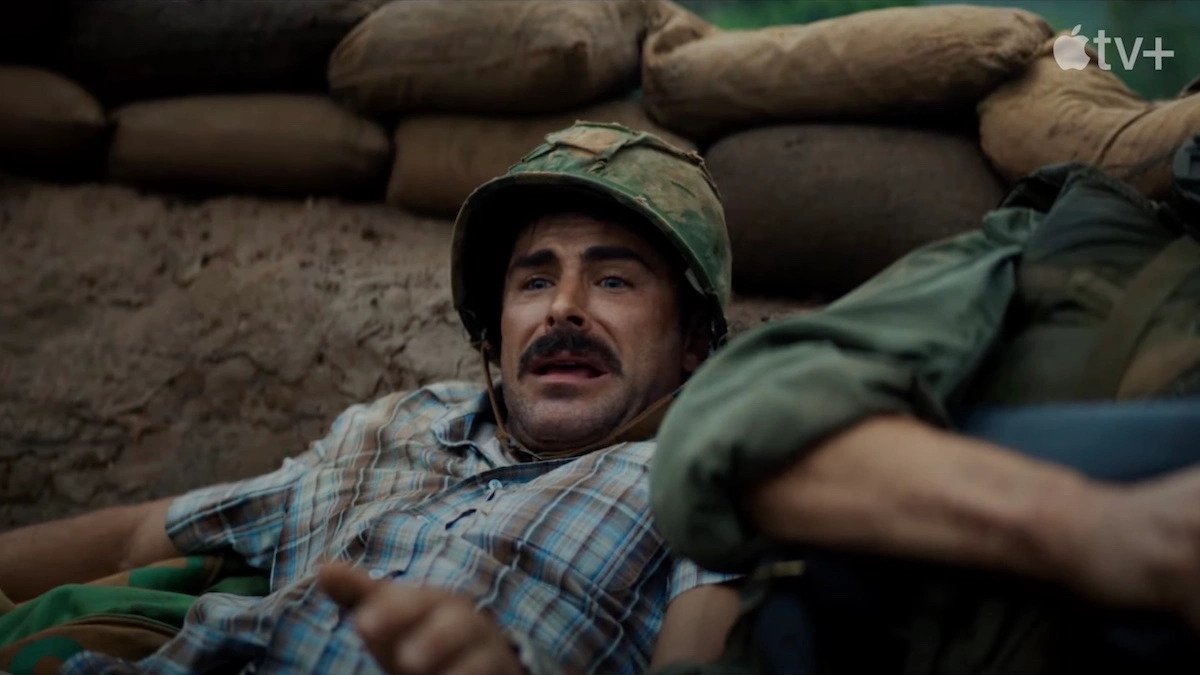 Peter Farrelly loves a surprising true story. After Green Book‘s best picture win at the Oscars, Farrelly is following it up with The Greatest Beer Run Ever, a wacky Vietnam War movie based on real events, which stars Zac Efron in his first big movie role since 2019’s Extremely Wicked, Shockingly Evil and Vile.

The movie premiered Tuesday at the Toronto Film Festival (where Green Book won the People’s Choice Award in 2018) and, if the first few reviews are anything to go by, it doesn’t look like Farrelly will be at the Oscars again next year.

The adventure war movie tells the story of Marine Corps veteran John “Chickie” Donohue, played by Efron, who decides to take it upon himself to restock soldiers fighting in Vietnam’s supply of beer as a show of support for their plight. While carrying out this peculiar mission, he meets Russell Crowe’s Coates, a war photographer who has seen the failures of the conflict first-hand and teaches Chickie all about it.

Although Deadline‘s Pete Hammond believes this to be “one of the more memorable, and certainly heartfelt movies this year” for its original point of view over the Vietnam War, The Hollywood Reporter‘s Michael Rechtshaffen calls it a “meandering, disjointed production that struggles throughout to find a satisfying tone.”

In the same vein, Tim Grierson for Screen Daily holds no punches by describing Farrelly’s latest effort as “hopelessly banal,” as well as “manipulative and glib” for reducing the complexity of the Vietnam conflict to a “would-be heartwarming tale of a callow regular dude who wises up.”

Critics highlight the similarities between The Greatest Beer Run Ever and Green Book, which both seem to be about somewhat naive white dude protagonists who learn about the harsh realities of the world that never really affect them directly, and become better men for it. But, for The Wrap‘s Steve Pond, while Green Book was “grounded by two fine actors,” The Greatest Beer Run Ever is “clunkier,” as it “lurches from silliness to preachiness in a way that’s rarely satisfying.”

Audiences will decide for themselves which movie they like best when The Greatest Beer Run Ever hits select theaters, before arriving to Apple TV Plus Sep. 30.

Did Queen Elizabeth really throw coins to poor children? Nope, the video in question was filmed in 1899