Snowflake Mountain and the Future of Netflix 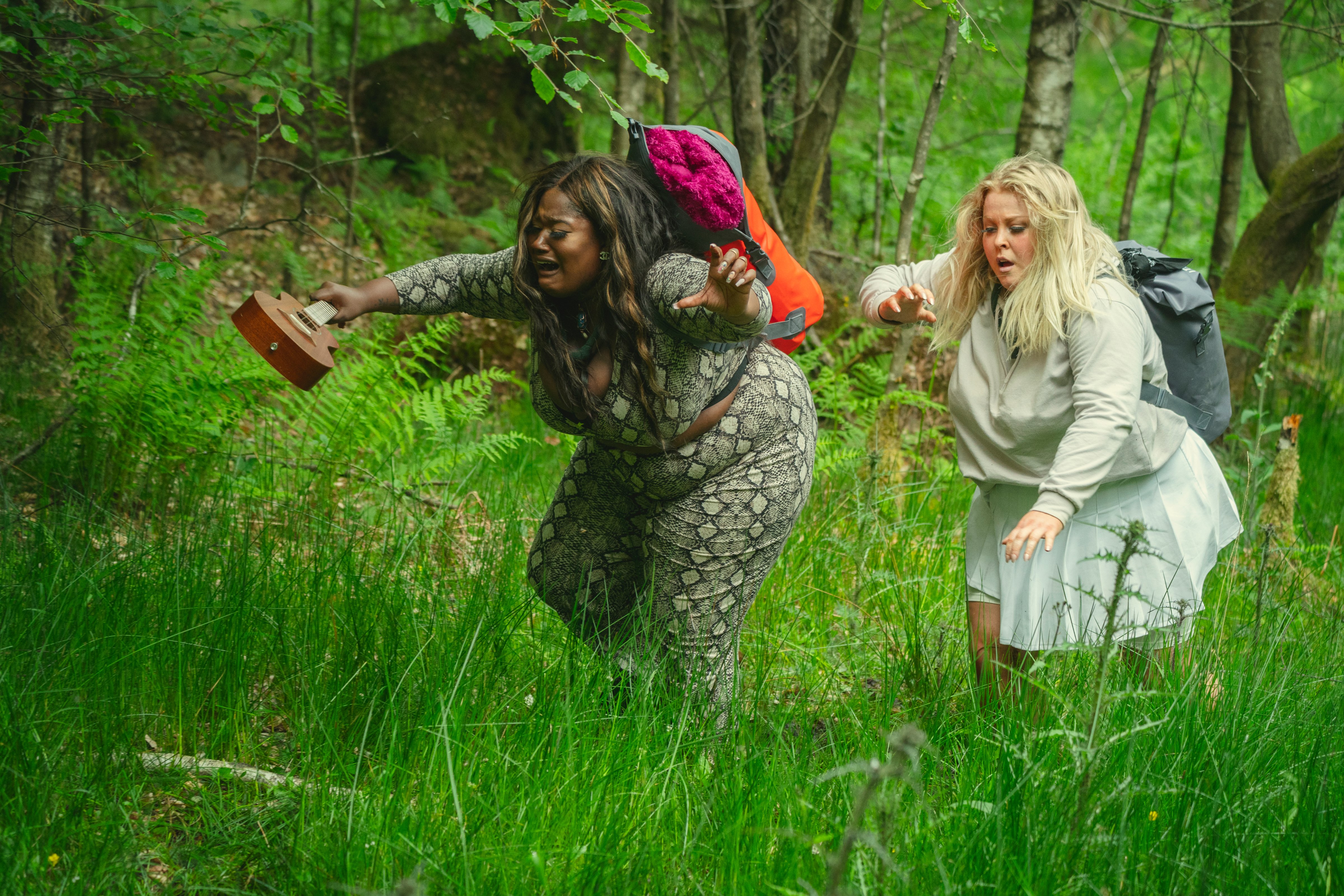 Snowflake Mountain is, depending on your age, location, and political sympathies, either pandering to you or trolling you. Its bias is right there in the first word of the title, a favorite pejorative of conservatives who perceive those to their left, particularly young people, as overly sensitive. And its premise seems tailor-made to support the worldview of the people most likely to use snowflake as an insult. Ten young adults introduced as lazy, selfish, and dependent on their parents are bamboozled into a stint at wilderness camp (they think they’re en route to a luxe villa), where a pair of military vets turned survival experts are charged with whipping them into shape.

Getting upset about a show this silly would just be playing into the hands of its executive producers, reality-TV pros Cal Turner (The Apprentice UK, Undercover Boss) and Jo Harcourt-Smith (The Circle). Yet it’s worthwhile to understand what Snowflake Mountain is doing, both on its surface and below—not just because it so transparently capitalizes on our ever-intensifying culture wars, but also because that approach says a lot about where Netflix might be headed, midway through an uncharacteristically bad year for the service.

The show’s stated values are conservative in a relatively benign sense. Joel Graves and Matt Tate, the survivalists who also serve as the de facto hosts and Greek chorus, offer a dim view of that perennial scapegoat: Kids Today. “There’s a heap of young people who can’t even unload a dishwasher, let alone hold down a job,” they lament in an introductory montage, over shots of cast members applying makeup, lounging on couches, and just generally whining. What these Gen Z slackers supposedly need to become independent is not job training, the cancellation of student debt, or the same sense of geopolitical and environmental stability the previous two generations enjoyed; it’s a couple weeks in the woods, skinning deer and maintaining their own primitive septic system. The applicability of such experiences to modern life is never questioned.

But there’s more to the contrast Snowflake Mountain draws between the flailing campers and ideal human specimens Matt and Joel that remains conspicuously unexplored. While the latter present as rugged, backwoods white men (the snottiest cast member describes them as “two random guys who look like they’re from Crocodile Hunters [sic]”), the majority of their charges are young people of color who hail from major cities. And the show doesn’t let viewers forget it; in one mid-season episode, I must’ve heard the words New York uttered a dozen times. So there are uncomfortable echoes of racist stereotypes in the welfare queen vein when Joel complains, early on, that the campers “don’t want to earn anything, they just want handouts.”

Meanwhile, the framing of the girls as vain, superficial, and materialistic—and a couple of the boys as effeminate, although the show avoids discussing their sexual orientations—presents an opportunity for viewers to indulge in unacknowledged sexism and homophobia. No one articulates, let alone challenges, the presumption that historically masculine skills like mountain climbing and, er, punching through wooden boards are more inherently useful to young adults in 2022 than traditionally feminine ones. Particularly in early episodes, cameras linger on campers’ faces as they sob, scream in pain, break down. It’s impossible to enjoy such gleeful sadism unless, I imagine, you harbor sincere contempt for people like these so-called snowflakes.

The series does get gentler as it goes on. For all their tough-guy posturing, Matt and Joel gradually reveal themselves to be pretty emotionally intelligent. Instead of demanding perfection, they praise campers for making earnest efforts. By the midpoint of the 8-episode season, Snowflake Mountain has started to focus on progress more than suffering. If the occasional true brat quits in a huff—a decision they know will cost their peers $5,000 of a potential $50,000 prize, to be awarded to one outstanding cast member at the end of the experience—most of the participants rise to the occasion. The shift in tone serves two purposes: It makes the effectiveness of Matt and Joel’s survival training a self-fulfilling prophecy, and it provides plausible deniability regarding the show’s political prejudices in the likely event that it draws criticism from liberal audiences. Ditto the late addition of a female survival coach, Cat Bigney, who only joins the team once the initial race and gender dynamic is established.

While there are plenty of TV shows with implicitly conservative agendas, I struggle to name one from a less partisan outlet than Fox News that has been so explicitly marketed, from the title to a trailer that is essentially a supercut of the campers flipping out, to viewers eager to see young people, people of color, and people who read as feminine suffer at the hands of macho military men. Among other things, this suggests an effort on Netflix’s part to disassociate itself from the accusations of liberal bias—or what Elon Musk, now a freshly rebranded Republican, has described as the streamer’s “woke mind virus”—that now plague entertainment behemoths as studiously apolitical as Disney. When the price of merely depicting a queer character in a children’s movie is being tarred by far-right activists for “grooming,” platforms desperate to keep those subscribers will probably have to pay active lip service to their extremist worldviews.

And it would seem that Netflix can no longer afford to alienate them, or anyone. It’s no coincidence that Musk’s “woke mind virus” tweet was a response not to any particular show, but to the news that the company’s stock was plummeting amid six-figure subscriber loss. After years of content firehosing and frenzied international expansion, amid boasts from its C-suite that its biggest competitors were not other streaming services but Fornite and sleep, Netflix is now publicly reckoning with the possibility that it’s hit its U.S. growth ceiling. “Are we the underdogs now?” Bela Bajaria, the company’s Global Head of TV, wondered aloud in a recent keynote at the Banff World Media Festival. “That’s cool, that is a good place to be.”

Is it, though? By which I mean: how does pivoting to scrappy underdog status square with Netflix’s existing strategy of maintaining its market share by outspending rival platforms in hopes of attracting the widest possible swathe of viewers? Unlike, say, Apple, which can afford to curate and take risks because TV and movies will never be its primary revenue source, Netflix can only thrive, financially, by being all things to all people. The existence of Snowflake Mountain, with its pandering premise and dog-whistle bigotry, implies a decision to welcome people offended by values like inclusivity and empathy into that big tent. So does the fact that, following months of controversy over transphobic jokes in Dave Chappelle’s stand-up specials, Netflix has opted to not just double down on its support for Chappelle, but also air similarly transphobic material from Ricky Gervais.

The more audiences it tries to please, the more existing ones it risks alienating. That’s the paradox of this politically polarized era. In other words, to quote the title of historian Howard Zinn’s autobiography, you can’t be neutral on a moving train. Like Spotify when it opted to continue bankrolling Joe Rogan’s podcast despite his promotion of COVID misinformation—a choice that cost it the catalogs of Neil Young, Joni Mitchell, and several other big-name musicians—the streamer is betting on the loyalty of subscribers who signed up years ago, when the service had a very different focus and target demographic. If the Chappelle dustup is any indication, it will be the next quarterly report, not the presence or absence of public backlash, that will decide whether we can look forward to more shows like Snowflake Mountain from Netflix.