Snowfall, wind warnings in effect across the Maritimes 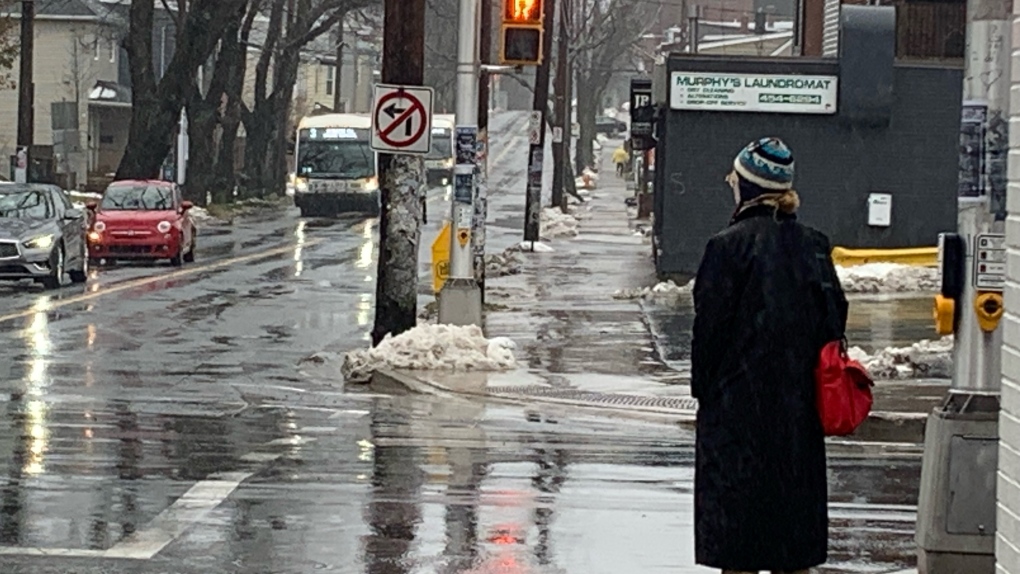 Rainfall and snowfall warnings were in effect across parts of the Maritimes Monday, prompting warnings of flooding and collisions in some areas.

The messy mix of weather also forced a number of schools to close across the region.

Rainfall warnings that were in effect across Nova Scotia were lifted as of 10 p.m. Monday.

However, wind warnings remain in effect for eastern Nova Scotia, including Cape Breton.

A Les Suêtes wind warning that was issued for Inverness County – Mabou and north has been lifted and reduced to wind warnings only.

All schools in Cumberland County, Colchester County, Pictou County, and the Municipality of East Hants were closed.

Monday afternoon, the Nova Scotia RCMP said officers were reporting localized and overland flooding on roadways in communities in East Hants, which has resulted in “a number of collisions.”

Snowfall warnings are in effect in southern and eastern New Brunswick, calling for an additional five to 10 cm of snow. Snowfall in those areas is expected to end Tuesday morning, according to Environment Canada. The majority of school closures were in the south and eastern areas of the province.

New Brunswick’s Emergency Measures Organization (EMO) was asking people in the affected areas to stay home and off the roads.

“These kinds of conditions can certainly lead to power outages as we saw last week. So we hope that everyone does have at least 72-hours of supplies to ride this kind of thing out,” said Geoffrey Downey, a spokesperson for EMO.

Downey says although the roads are already snow-filled and dangerous in some areas, they could become worse due to freezing rain and rain in the forecast.

“The forecast updated with talking about freezing rain and rain and so, anytime you start mixing these elements together, you can certainly create dangerous conditions,” he said.

In P.E.I., wind and snowfall warnings are in effect in Prince and Queens counties, with a wind and special weather statement in Kings County. The eastern area of the island is expected to get more of a mix of snow and rain.

Schools were closed across the province.

The RCMP said it had responded to at least two weather-related collisions on the island Monday.

More than 1,000 customers lost power just before 5 a.m. due to “heavy snowfall.” Power was restored around 9 a.m.

The utility says heavy snowfall is also responsible for other smaller outages across the province.

Nova Scotia Power says heavy rain caused two large outages outside Amherst, N.S., It was estimated that power in the area would be restored around 3 p.m.

As of 10 p.m., 17 Nova Scotia Power customers were without power, down from about 1,400 just five hours earlier.

In New Brunswick, there were 22 NB Power customers without power as of 10 p.m.

There were five Maritime Electric customers without electricity on P.E.I. as of 10 p.m., down from 2,400, which was reported on the utility’s outage map around 5 p.m.

Marine Atlantic said the 11:45 a.m. crossing from North Sydney, N.S., to Port aux Basques, N.L., was scheduled to depart at 10 a.m. due to impending weather conditions.

Saint John Transit said buses are operating, but there may be delays. 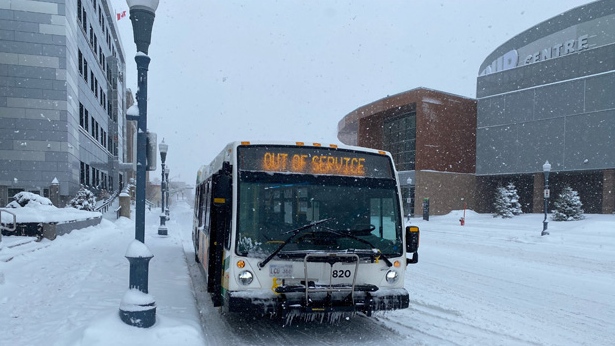 The City of Moncton pulled Codiac Transpo busses off the roads at 12:30 p.m. Monday. (Derek Haggett/CTV)