Smruthi Karthikeyan turned to wastewater to get ahead of COVID-19 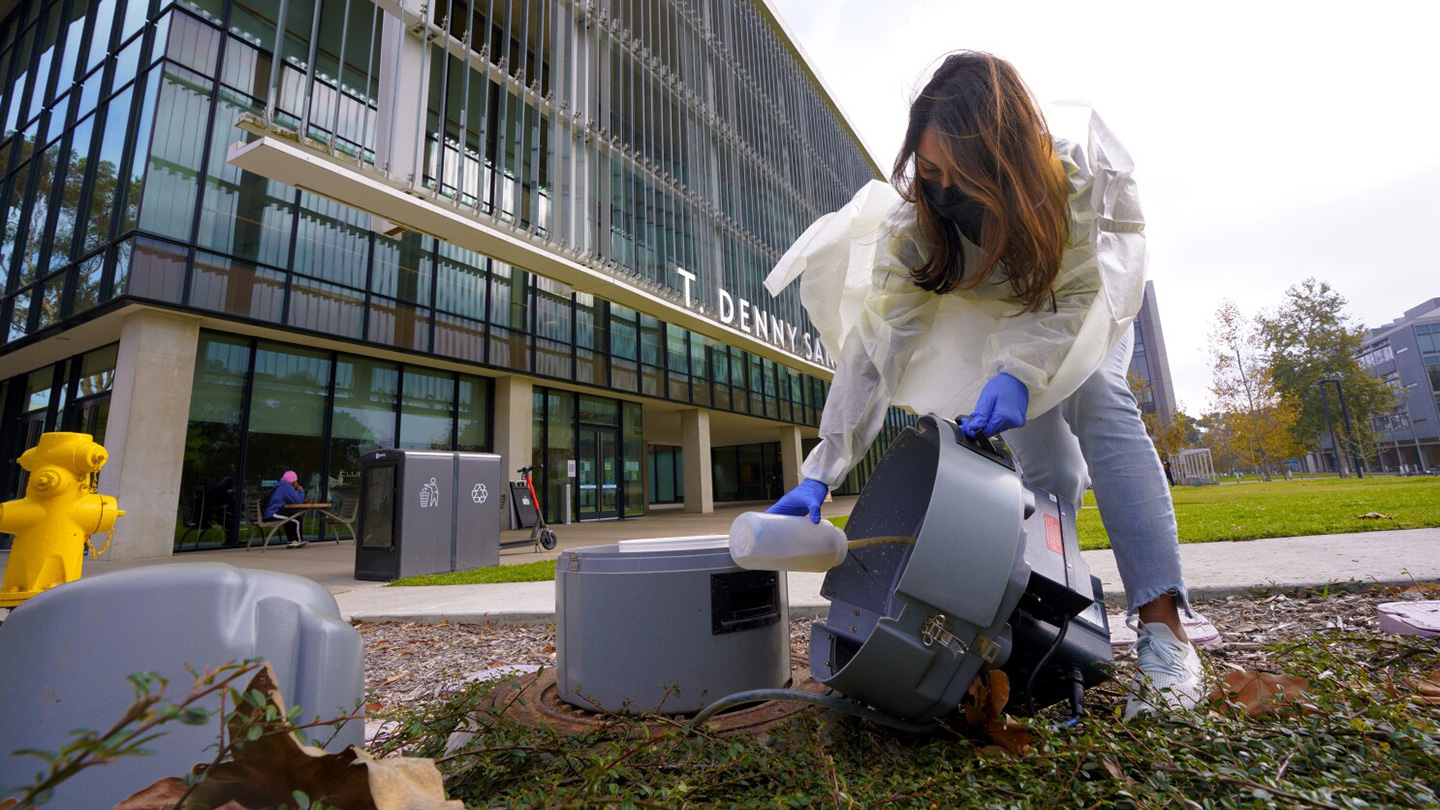 Environmental engineer Smruthi Karthikeyan had spent just a couple of days working in her new lab at the University of California, San Diego when the state instituted its first coronavirus lockdown in March 2020.

She’d been brought on as a postdoc by biologist Rob Knight to develop new techniques for studying how microbes in complex ecosystems shape human health and vice versa. The COVID-19 pandemic quickly put a new spin on that mission.

Soon, the lab pivoted to support the coronavirus response. Infections were outpacing testing capacity in San Diego County, Karthikeyan says. Meanwhile, the university wanted to keep the campus open for its 10,000 students still living on campus and 25,000 workers. There had to be a way to monitor infections without requiring thousands of people to get tested all the time, Karthikeyan and colleagues thought.

Public health researchers had previously tested wastewater for pathogens as a way to spy on the movements of infectious agents in communities. Viruses, bacteria and parasites can show up in stool before people exhibit symptoms, giving clues to a coming outbreak. But no one had implemented such a system to track a respiratory virus before, and never at a scale of tens of thousands of people.

Karthikeyan was up for the challenge.

The wastewater monitoring system that Karthikeyan and colleagues developed and implemented at UC San Diego, reported July 7 in Nature, processes upward of 200 samples per day. Previous methods could process a maximum of eight samples, she says. What’s more, the system has identified newly spreading coronavirus variants up to two weeks earlier than clinical testing and accurately forecasted the mix of variants infecting students and staff.

That has given school officials more time to take action to keep infection rates low. During the study period from November 2020 to September 2021, the proportion of clinical tests that were positive was less than one percent, Karthikeyan says, dramatically lower than rates in the surrounding area and many other college campuses at the time.

Among the key players in the team’s monitoring system are 131 robots that collect wastewater samples throughout each day from 360 university buildings. Back at the lab, the samples are screened for viral RNA and results are fed into a publicly available online dashboard created as part of the project.

Karthikeyan’s team isn’t the only one using human waste to get a jump on COVID-19. But the scale of the monitoring “is a bit unprecedented,” says Ameet Pinto, an environmental engineer at Georgia Tech in Atlanta. During the study period, Karthikeyan and colleagues processed a total of nearly 20,000 samples. “That’s amazing,” he says.

To increase access to tests, the team swapped candy in vending machines for at-home test kits and installed test drop boxes in the buildings. Karthikeyan’s team processes the tests and sends results within a day.

Anyone testing positive for the coronavirus is moved to a designated isolation dorm or instructed to isolate at home if they live off campus. If the coronavirus shows up in the next day’s wastewater test, the building’s remaining occupants will receive a notification to test again.

To figure out which variants are causing infections at the university, Karthikeyan’s team built a freely available computational tool called Freyja. It uses a library of genetic markers to identify the relative abundances of well-known and emerging variants in the wastewater. Freyja detected the emerging delta variant on campus 14 days before clinical tests did, Karthikeyan and colleagues report.

Based on success at the university, San Diego County officials asked the researchers to test a modified version of the system at the Point Loma Wastewater Treatment Plant, which serves more than 2.2 million residents, and at 17 public schools. Elementary school students got to name the robots, dubbing the machines Sir-Poops-a-Lot, Harry Botter and the Rancid Water, and other silly monikers, Karthikeyan said with a chuckle.

On the county level, the system detected the emergence of the omicron variant 11 days before clinical testing, the team reports in the same study in Nature. A detailed analysis of the public school data hasn’t yet been published.

Karthikeyan and colleagues’ methods have been adapted by researchers at the state, national and international levels. For instance, the U.S. Centers for Disease Control and Prevention and the Food and Drug Administration use Freyja to track variants in wastewater across the country.

The system is now being used to monitor monkeypox, and the team is working on how it can detect other pathogens that may be spreading unnoticed. That work has the potential to have a huge impact on wastewater epidemiology, Pinto says.

Karthikeyan will launch her own lab at Caltech in 2023, where she plans to adapt these tools for monitoring groundwater. Communities of microbes that live there can serve as sentinels, flagging disturbances from pollution, climate change and more, she says. “My whole thing is to look at a much larger system from a very tiny lens.”

Want to nominate someone for the next SN 10 list? Send their name, affiliation and a few sentences about them and their work to [email protected]

GoI aims for pan-India penetration in 2 years, but there are some roadblocks ahead- Technology News, Firstpost