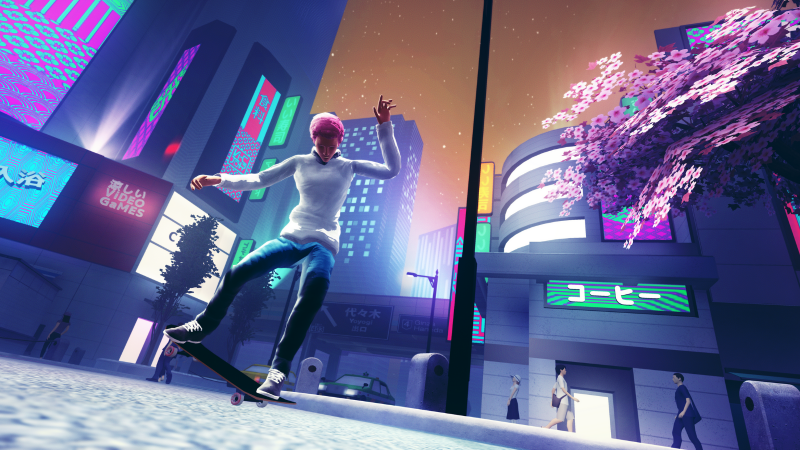 In celebration of skateboarding being included in the Olympics for the very first time, Skate City has been updated with a new Tokyo, Japan level, available today. As publisher Snowman tells it, this level is the biggest added to the game to date. It’s available exclusively through Apple Arcade.

The level will combine various parts of Tokyo, including famous skate spots from the real-world city, new large metropolitan areas, and small backstreets. The new level will also come with 21 new challenges, 30 new goals in Skate City’s Endless Skate mode, new songs in the game’s soundtrack, new skateboard decks and clothes in the shop, and a new leaderboard.

“For the last few years, we’ve been looking for an interesting way to tie a real-world event into something we make, but we never wanted to do anything that didn’t feel meaningful,” Snowman co-founder Ryan Cash said in a statement about the update. “When the Tokyo games were announced, it was a no-brainer for us. Skateboarding’s coming to the Olympics for the first time in history, which is a triumphant moment for the sport. We knew we had to be part of it in some small way.”

“Skateboarding being included in the Olympics for the first time is a pretty big cultural milestone for the sport,” Snowman senior producer Andrew Schimmel added. “We wanted to celebrate the moment by releasing our take on one of our most favorite cities in the world: Tokyo.”

While the new Tokyo level is exclusive to the Apple Arcade subscription service, Snowman recently brought Skate City to consoles and PC back in May. The game is also available on PlayStation 5, Xbox Series X/S, PlayStation 4, Xbox One, and Switch. Snowman recently added a major expansion to one of its other games, Alto’s Odyssey, released on July 16.

Android 12 ditches theme options like app shape, icons and fonts for Material You

Titanfall 2 Was Abandoned By EA, And Then Things Got Weird

Lugosi: The Rise and Fall of Hollywood’s Dracula