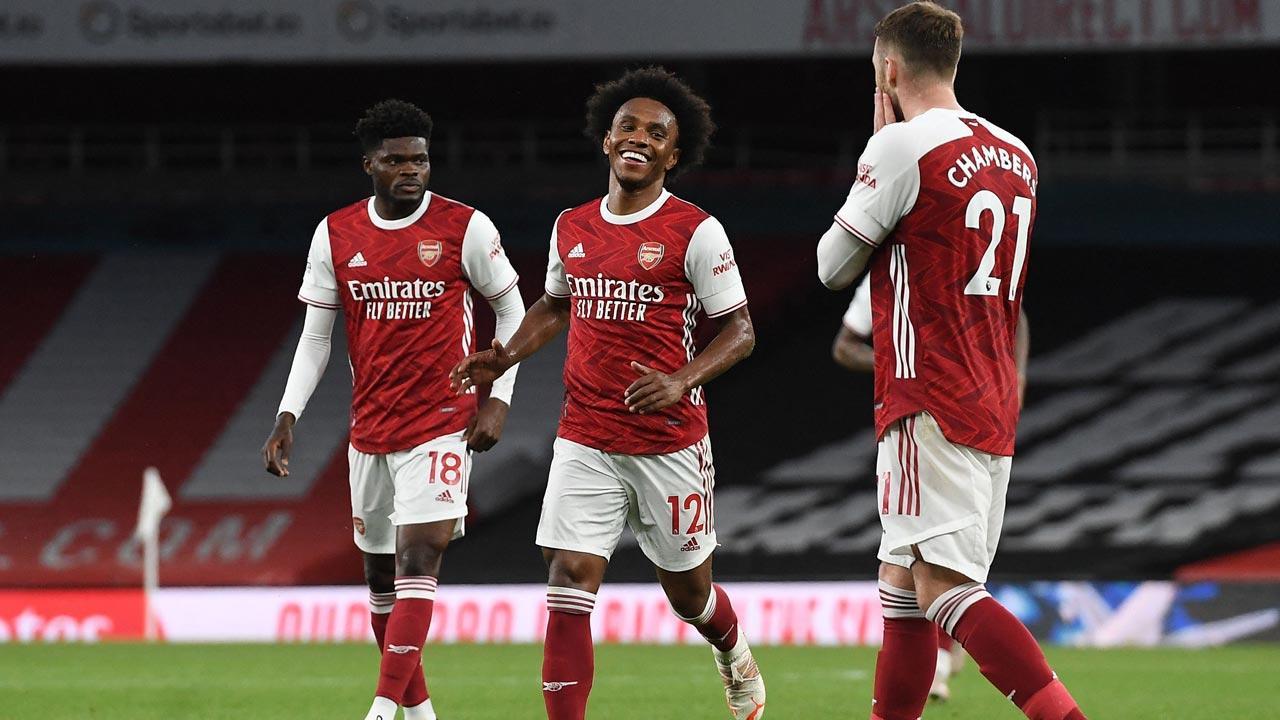 The six rebel English clubs that signed up to the European Super League have reached a financial settlement with the Premier League worth a combined 22 million pounds (USD 31 million), the league said on Wednesday. Arsenal, Chelsea, Liverpool, Manchester City, Manchester United and Tottenham announced themselves as founder members of the competition in April, but the project quickly collapsed after widespread opposition. “The six clubs involved in proposals to form a European Super League have today acknowledged once again that their actions were a mistake, and have reconfirmed their commitment to the Premier League and the future of the English game,” the Premier League said in a statement.

“They have wholeheartedly apologised to their fans, fellow clubs, the Premier League and the FA (Football Association). “As a gesture of goodwill, the clubs have collectively agreed to make a contribution of 22 million pounds, which will go towards the good of the game, including new investment in support for fans, grassroots football and community programmes.” The clubs have also agreed to support rule changes so that any similar actions in the future would lead to a 30-point deduction. Each of the six clubs, in that event, would also be subject to an additional 25 million pounds.

“The Premier League and The FA have worked closely together throughout this process and this agreement brings both investigations into the matter to a conclusion,” the Premier League statement added. The six Premier League teams were among nine clubs to enter into a settlement agreement with UEFA last month. The nine, also including Atletico Madrid, Inter Milan and AC Milan, agreed to forego five percent of their revenue from UEFA competitions for one season and pay a combined 15-million-euro (USD 18 million) donation to support grassroots` and youth football in Europe. Barcelona, Real Madrid and Juventus have so far refused to back away from the project and UEFA`s formal disciplinary proceedings against those three clubs were suspended until further notice on Wednesday.

That move from European football`s governing body came after a Spanish court ruling prevented UEFA and FIFA from imposing disciplinary sanctions over the Super League. The Madrid Commercial Court has referred a question to the European Union`s Court of Justice for a preliminary ruling on whether EU rules prohibiting monopolies applied to the governing bodies of European and world football in relation to the aborted league.

WTC Final Day 3: Ball That Got Virat Kohli Could Have Got…

Denial of responsibility! My droll is an automatic aggregator of the all world’s media. In each content, the hyperlink to the primary source is specified. All trademarks belong to their rightful owners, all materials to their authors. If you are the owner of the content and do not want us to publish your materials, please contact us by email – [email protected]. The content will be deleted within 24 hours.
ArsenalChelseaeuropean super leaguefootball newsLiverpoolManchester Citymanchester unitedsports news
0
Share

Rhythm game ‘A Musical Story’ comes to consoles, iOS and PC this October

Bruce Willis Hunts A Killer In Midnight In The Switchgrass Trailer