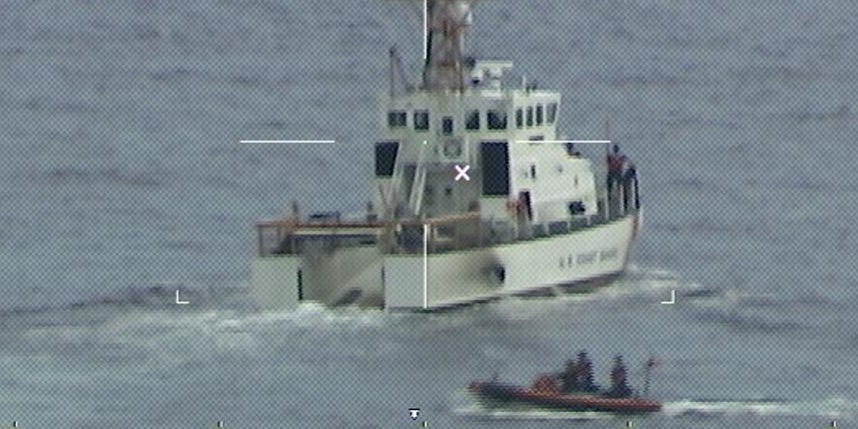 A US Coast Guard official involved in the search for more than three dozen people who went missing after a suspected “human smuggling” boat capsized off the coast of Florida called the situation “dire” on Wednesday as rescue crews recovered a body from the waters.

“The longer they remain in the water without food, without water, exposed to the marine environment, the sun, the sea conditions,” Capt. Jo-Ann Burdian, commander of Coast Guard Sector Miami, told reporters during a press briefing.

“Every moment that passes it becomes much more dire and unlikely that anyone could survive in those conditions,” she added.

The Coast Guard is now looking for 38 others involved in the tragedy after one person’s body was pulled from the waters, Burdian said, explaining that the body will be “transferred ashore today in Fort Pierce and we continue to search for other survivors.”

A lone survivor was rescued on Tuesday morning by a good Samaritan as the man clung to the hull of the 25-foot capsized vessel roughly 45 miles east of Fort Pierce Inlet.

Burdian identified that Good Samaritan as a commercial tug and barge mariner heading into Jacksonville, Florida, who rescued the man and “kept him on board while he waited for a Coast Guard vessel who retrieved the person and transferred them ashore for medical care.”

The survivor reported that he left Bimini, Bahamas with 39 other people on Saturday night and encountered severe weather, causing the vessel to capsize on Sunday morning.

“We do suspect that this is a case of human smuggling,” said Burdian, noting, “This event occurred in a normal route for human smuggling from the Bahamas into the southeast US.”

The survivor is in stable condition and is being interviewed by the Department of Homeland Security, Burdian said.

Meanwhile, Coast Guard cutter and aircrews have already searched an area of about 7,500 nautical miles — roughly the size of the state of New Jersey — and will continue to search throughout Wednesday, according to Burdian.

“We’re using every piece of information we can to make sure we are exhausting our search efforts,” Burdian said.

The official added, “Without life jackets, anyone is disadvantaged to survive in the water.”

Sizzling New ‘The Batman’ Poster Shows off the Main Characters