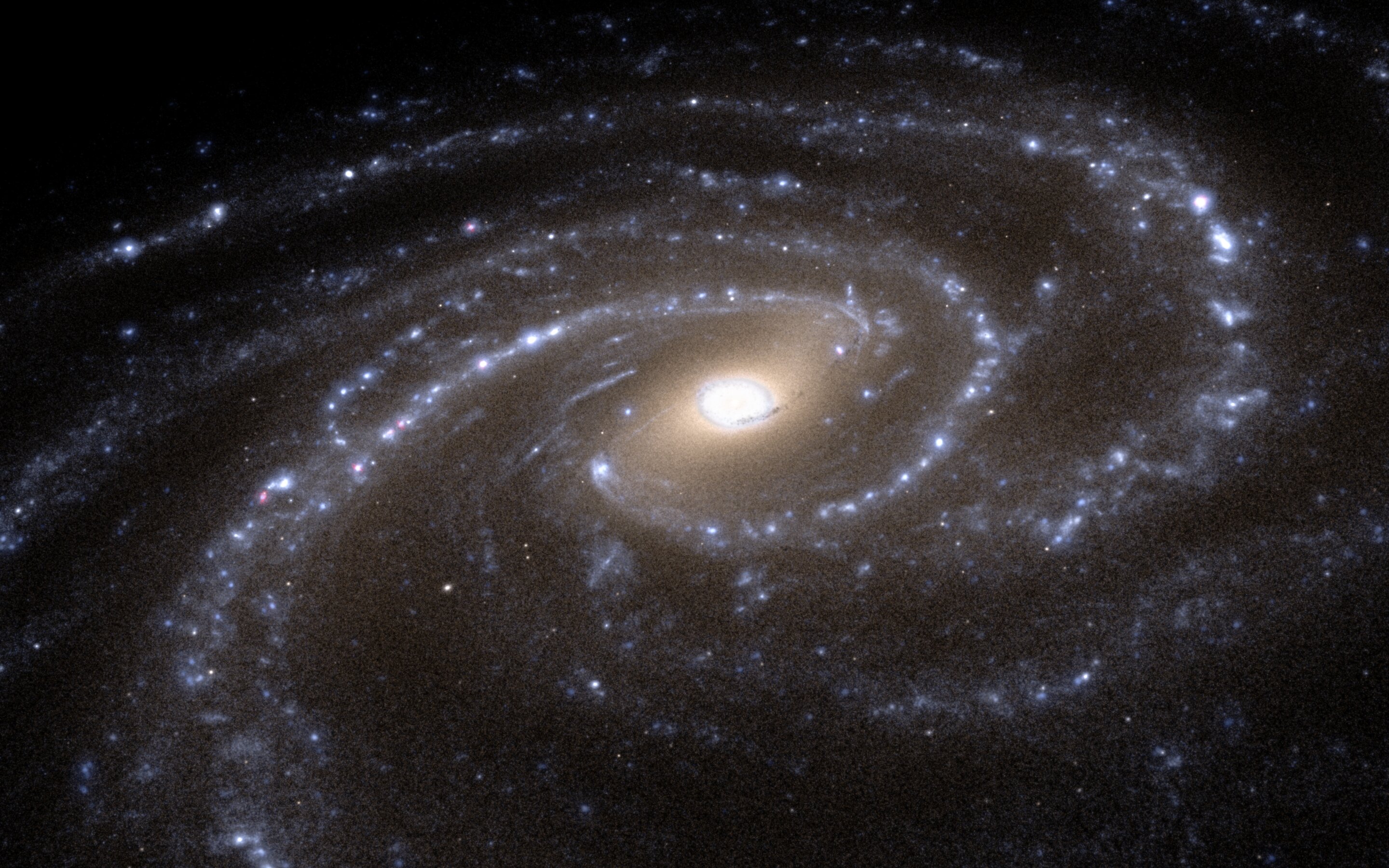 A new simulation conducted on the world’s most powerful supercomputer dedicated to astronomy has produced a testable scenario to explain the appearance of the bar of the Milky Way. Comparing this scenario to data from current and future space telescopes will help clarify the evolution of our home galaxy.

Astronomy is revealing the structure of the Milky Way galaxy in increasing detail. Astronomers know that it is a disk galaxy, with two- or four- armed spirals, with a straight bar in the middle connecting the spirals. Now, they also know that the inner part of the bar has a peanut-shaped bulge, places where the bar is thicker, sticking out above and below the mid plane of the Milky Way galaxy and a nuclear bulge, which is disk-like and located in the central part of the Milky Way. Some other galaxies, but not all, exhibit similar two-type bulges.

Astronomers asked the question, “How did the two-type bulges form?” To answer this question a team led by Junichi Baba at the National Astronomical Observatory of Japan (NAOJ) simulated one possible scenario for a Milky-Way-like galaxy on ATERUI II at NAOJ, the world’s most powerful supercomputer dedicated to astronomy. The team’s simulation is the most complete and accurate to date, including not only the stars in the galaxy, but also interstellar gas. It also incorporates the birth of new stars from the gas and the deaths of stars as supernovae.

The formation of a bar helps to channel gas into the central part of the galaxy, where it triggers the formation of new stars. So it might be reasonable to assume that the nuclear bugle in the galaxy is created from new stars born there. But the simulations show that there are almost no new stars in the bar outside the nuclear bulge, because the bar is so effective at channeling gas towards the center. This means that pigging out on gas is not the reason that a peanut-shaped bulge develops in the bar. Instead, the team finds that gravitational interactions can drive some of the stars into orbits which take them above and below the mid plane.

The most exciting part is that the simulation provides a testable scenario. Because the peanut-shaped bulge acquires no new stars, all of its stars must predate the formation of the bar. At the same time, the bar channels gas to the central region where it creates many new stars. So almost all of the stars in the nuclear bulge will have been born after the bar formed. This means that the stars in the peanut-shaped bulge will be older than the stars in the nuclear bulge, with a clear break between the ages. This break corresponds to the time when the bar formed.

Data from the European Space Agency’s Gaia probe and Japan’s future JASMINE satellite will allow us to determine the motions and ages of the stars and test this scenario. If astronomers can detect a difference between the ages of the stars in peanut-shaped and nuclear bulges, it will not only prove that overeating is not to blame for the peanut-shaped bulge, it will tell us the age of the bar in the Milky Way galaxy.

These results appeared as Baba et al. “Age distribution of stars in boxy/peanut/X-shaped bulges formed without bar buckling” in Monthly Notices of the Royal Astronomical Society on March 8, 2022.

Why EV Tax Credits Can Be A Serious Headache