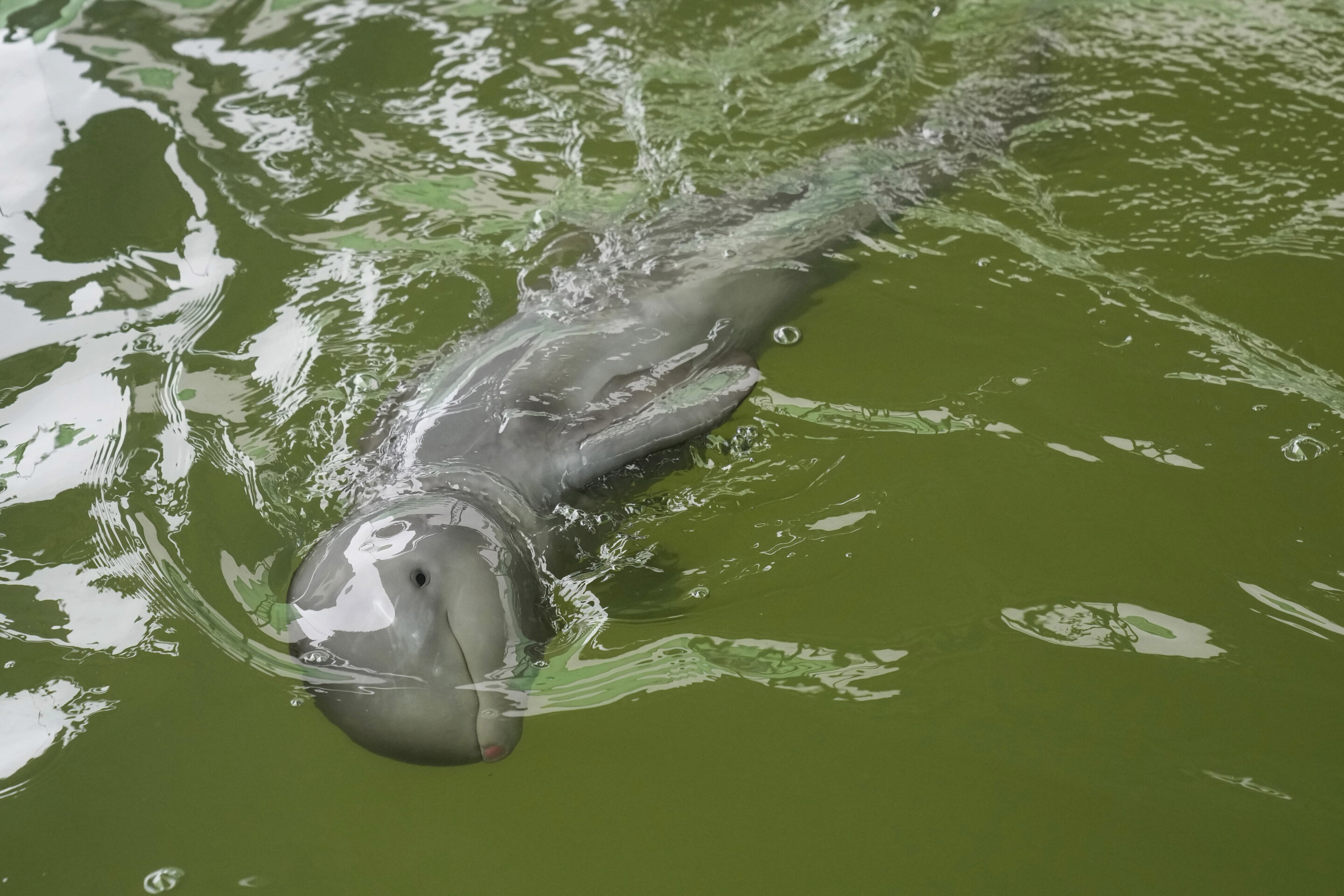 The Irrawaddy dolphin calf—sick and too weak to swim—was drowning in a tidal pool on Thailand’s shore when fishermen found him.

The fishermen quickly alerted marine conservationists, who advised them how to provide emergency care until a rescue team could transport the baby to Thailand’s Marine and Coastal Resources Research and Development Center for veterinary attention.

The baby was nicknamed Paradon, roughly translated as “brotherly burden,” because those involved knew from day one that saving his life would be no easy task.

Irrawaddy dolphins, considered a vulnerable species by International Union for Conservation of Nature, are found in the shallow coastal waters of South and Southeast Asia and in three rivers in Myanmar, Cambodia and Indonesia. Their survival is threatened by habitat loss, pollution and illegal fishing.

Since Paradon was found by the fishermen July 22, dozens of veterinarians and volunteers have helped care for him at the center in Rayong on the Gulf of Thailand.

“We said among ourselves that the chance of him surviving was quite low, judging from his condition,” Thanaphan Chomchuen, a veterinarian at the center, said Friday. “Normally, dolphins found stranded on the shore are usually in such a terrible condition. The chances that these dolphins would survive are normally very, very slim. But we gave him our best try on that day.”

Workers placed him in a seawater pool, treated the lung infection that made him so sick and weak, and enlisted volunteers to watch him round the clock. They have to hold him up in his tank to prevent him from drowning and feed him milk by tube.

A staff veterinarian and one or two volunteers stay for each eight-hour shift, and other workers during the day handle the water pump and filter and making milk for the calf.

After a month, Paradon’s condition is improving. The calf believed to be between 4 and 6 months old can swim now and has no signs of infection. But the dolphin that was 138 centimeters long (4.5 feet) and around 27 kilograms (59 pounds) on July 22 is still weak and doesn’t take enough milk despite the team’s efforts to feed him every 20 minutes or so.

Thippunyar Thipjuntar, a 32-year-old financial adviser, is one of the many volunteers who come for a babysitting shift with Paradon.

Thippunya said with Paradon’s round baby face and curved mouth that looks like a smile, she couldn’t help but grow attached to him and be concerned about his development.

“He does not eat enough but rather just wants to play. I am worried that he does not receive enough nutrition,” she told The Associated Press on Friday as she fed the sleepy Paradon, cradled in her arm. “When you invest your time, physical effort, mental attention, and money to come here to be a volunteer, of course you wish that he would grow strong and survive.”

Sumana Kajonwattanakul, director of the marine center, said Paradon will need long-term care, perhaps as much as a year, until he is weaned from milk and is able to hunt for his own food.

“If we just release him when he gets better, the problem is that he he won’t be able to have milk. We will have to take care of him until he has his teeth, then we must train him to eat fish, and be part of a pod. This will take quite some time,” Sumana said.

Paradon’s caregivers believe the extended tender loving care is worth it.

“If we can save one dolphin, this will help our knowledge, as there have not been many successful cases in treating this type of animal,” said veterinarian Thanaphan. “If we can save him and he survives, we will have learned so much from this.”

“Secondly, I think by saving him, giving him a chance to live, we also raise awareness about the conservation of this species of animal, which are rare, with not many left.”

The 10 Most High Tech Bathrooms In The World