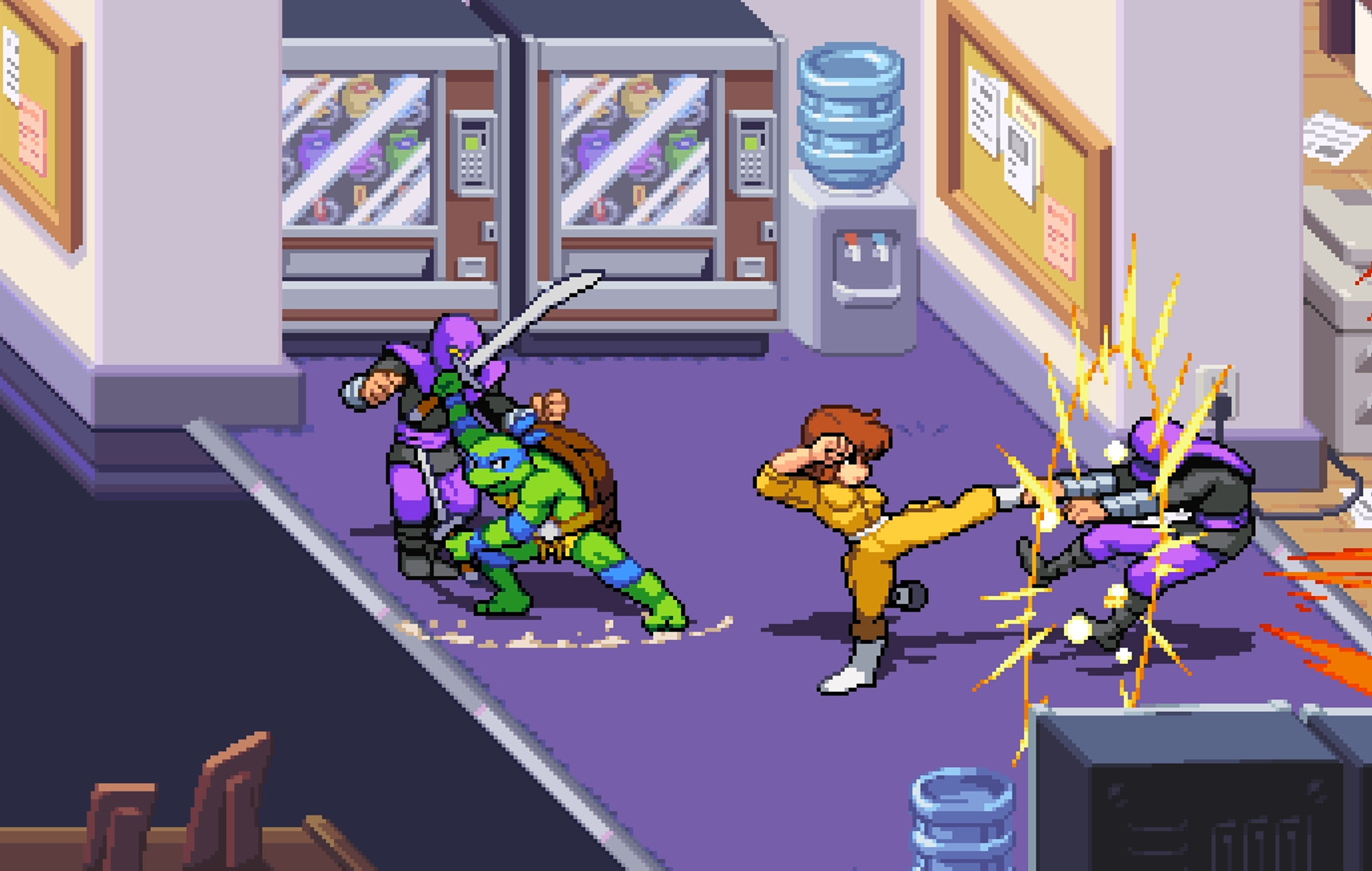 Teenage Mutant Ninja Turtles: Shredder’s Revenge developer Tribute Games has shared why it used the “iconic” original voice actors from TMNT‘s ’80s TV show to voice the heroes in a half shell.

“The 1987 version of the turtles is iconic,” explained Belzil. “These characters are somewhat set in stone, thanks to their performances. So for me, and all of us, it felt legitimising in a way to have their voices in the game.”

Belzil added that it was “thrilling” to write new lines for the original cast, “especially hearing them say a couple of my jokes as the actual turtles.”

As the Steam page for Teenage Mutant Ninja Turtles: Shredders Revenge outlines, the original cast isn’t the only element of the game taken from the show:

“Enjoy stunning full-colour pixel art graphics and a vintage TMNT vibe that will rock you straight back to the awesome ’80s. Every character, vehicle, weapon, item, and background is directly inspired by the 1987 TV show, making you feel like you hopped into the television.”

In other gaming news, a survey has found that 79 per cent of video game industry workers support unionisation. Among those surveyed, issues such as low pay, excessive working hours, discrimination and sexual harassment were listed as their key issues with the industry.

Deepak Hooda: If you don’t have any option, then why…