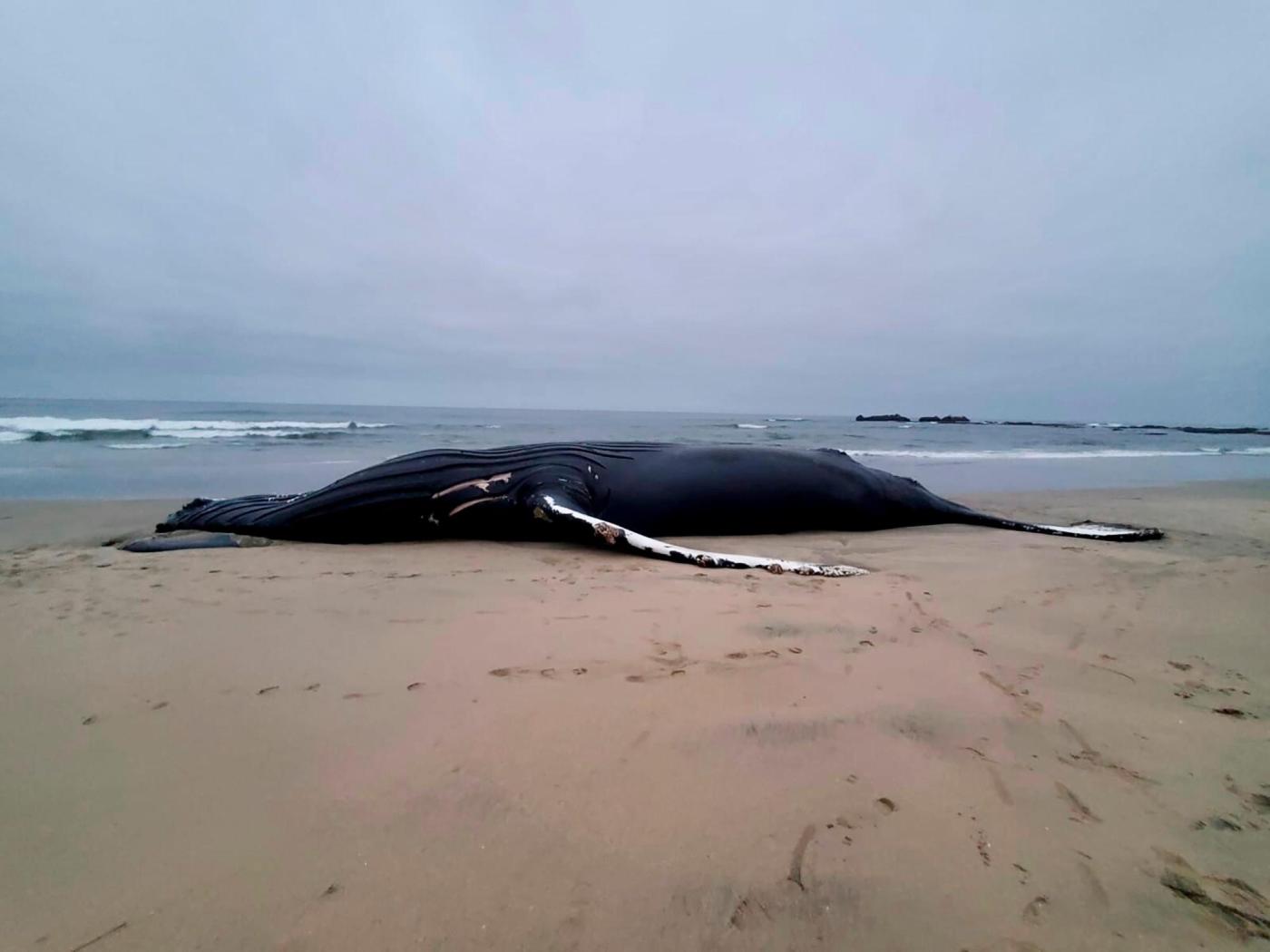 SAUSALITO — A humpback whale that washed ashore in the San Francisco Bay Area over the weekend probably was killed by a collision with a ship, researchers said.

A necropsy determined that the female adult whale had “injuries consistent with a ship strike,” including extensive bruising to the chest area along with a fractured vertebra, and her skull was dislocated from her spinal column, according to a statement from The Marine Mammal Center.

Except for those injuries, the whale was in excellent condition, with ample fat and blubber reserves, the center said.

It was the fifth whale to be killed by a ship strike in the San Francisco Bay Area this year, according to the center. The last death before that was in May, when a female adult gray whale was found at Fort Funston in San Francisco.

The center said overall, seven gray whales and 3 humpback whales have died in the area this year. In addition to those killed by ship strikes, necropsies found one died of malnutrition and one from a suspected killer whale attack while the causes of death for four other whales was undetermined.

Humpback whales visit California to feed in the summer and fall before migrating south to breeding and birthing grounds off the coast of Mexico.

They are among the world’s most endangered whales with an estimated 35,000 to 40,000 remaining, including 2,900 that frequent the coasts of Washington, Oregon and California, the Marine Mammal Center said.

“The main threats they face in the ocean are ship strikes and entanglement in ocean trash and fishing gear,” the center said.