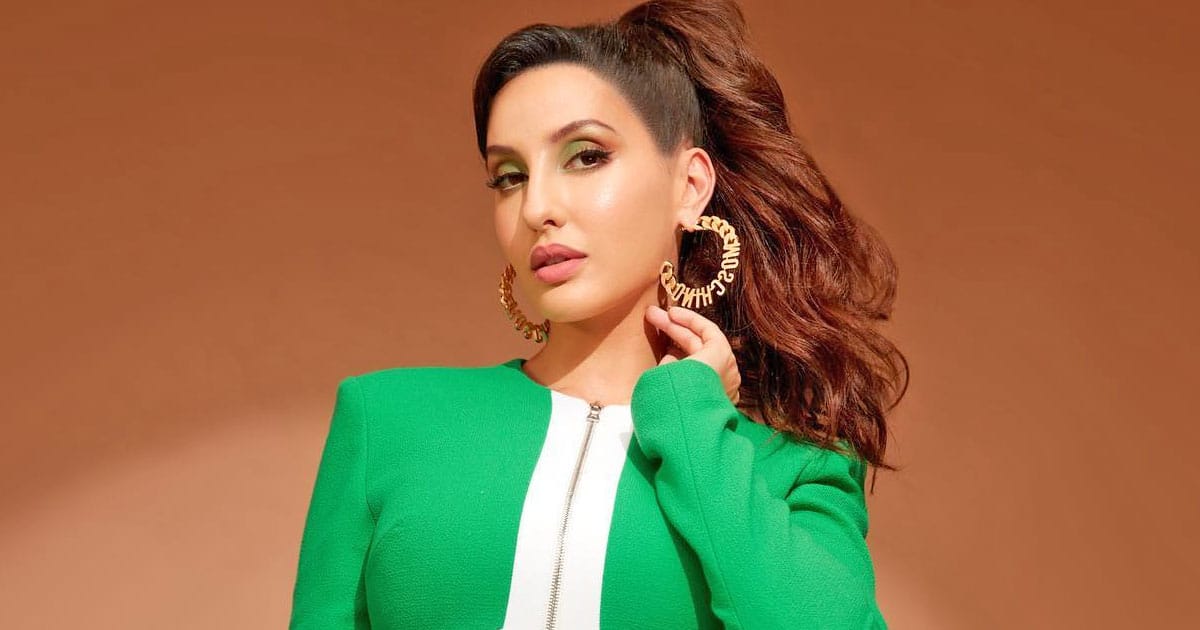 Popular dance reality show Jhalak Dikhhla Jaa season 10 is all set to return to the small screen after a five-year-long hiatus and fans are all excited to watch it. Bollywood actress Nora Fatehi, who is well known for hits like Dilbar, Garmi, and Muqabala, is one of the judges of the show.

Moroccan Canadian actress often grabs netizens’ attention for her unique fashion choices. She skillfully pulls off all kinds of outfits gracefully and shells out major fashion goals. Nora was recently snapped outside the sets of the reality TV show, dressed in retro-themed ensembles.

Nora Fatehi looked drop-dead gorgeous in a peach-embellished pre-stitched saree and matching deep-neck blouse. Pictures and videos of the actress in the saree have gone viral on social. Some fans are very impressed with her latest glamorous avatar and professed their love for the stunning actress.

However, some netizens did not like her being roped in as a judge for Jhalak Dikhhla Jaa season 10. A netizen wrote on a paparazzi’s Instagram post, “she should be removed as judge after all jhols she’s done,” while another user wrote, “ED effect shown in her cleavage depth 😂”

A third user wrote, “Madam pritiest got lots of gift from sukesh chandrasheker 😆😆” another user commented, “Plastic girl.” Netizen reaction comes days after a report claimed that Nora Fatehi will be summoned once again for questioning by the Economic Offences Wing (EoW) of the Delhi Police in relation to a Rs 200-crore extortion case that allegedly involves conman Sukesh Chandrashekhar.