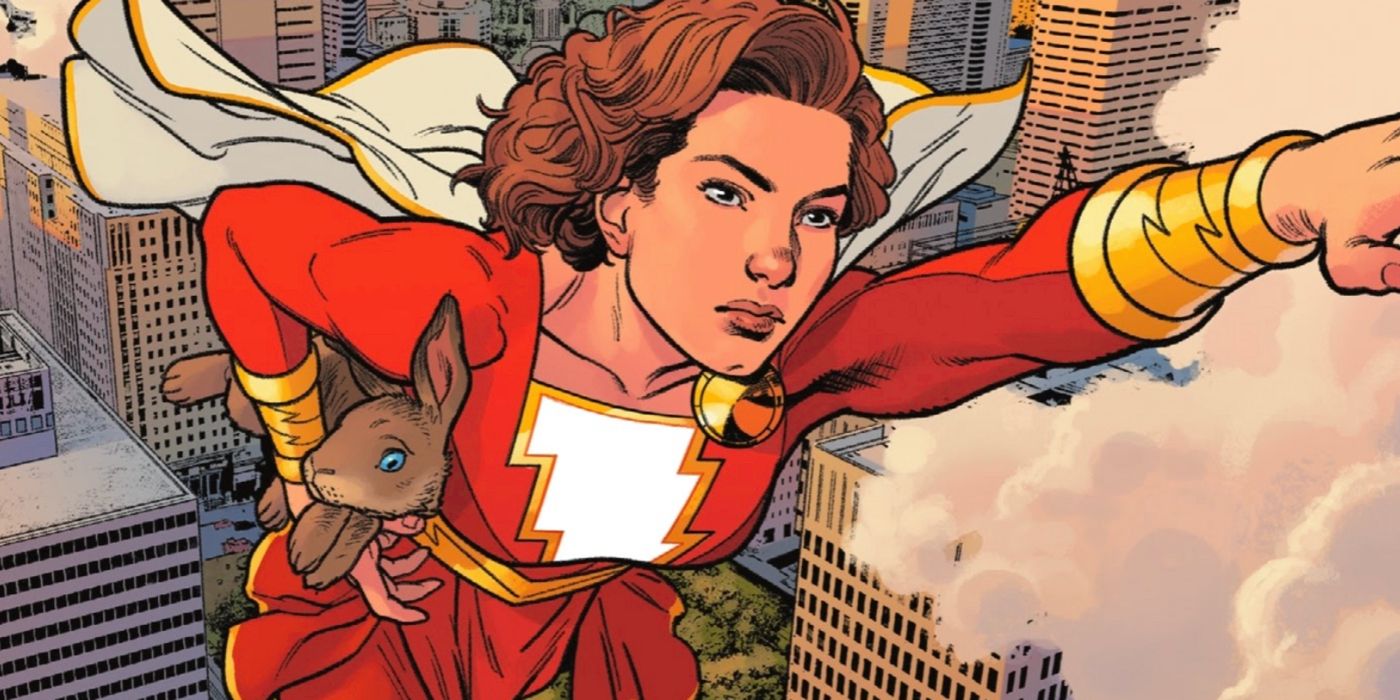 The following contains major spoilers for The New Champion of Shazam! #1, available now from DC Comics.

Mary Marvel gives herself a new name — Marina — when heading off to college in DC’s The New Champion of Shazam! #1.

The New Champion of Shazam! #1 comes from writer Josie Campbell, artist Evan ‘Doc’ Shaner and letterer Becca Carey. The issue sees a powerless Mary Marvel attempt to leave her life as a superhero behind as she says goodbye to her family and heads off to college. Wanting a fresh start, Mary figures the eight-hour drive to Philladelphia is far enough away so that nobody will recognize her. “Far enough that no one here will know me as Mary the sister, or Mary the foster kid, or Mary the anything else,” she narrates. “I can finally be just me…whatever that means.”

RELATED: Shazam Continues the Trend of DC Letting Their Teen Heroes Grow Up

When meeting her new roommates Cassidy and Bianca, Mary is almost immediately intimidated and percieves them as being “so much cooler” than her. She panics when they ask Mary her name and decides to begin calling herself Mariana. “That’s a cool name a cool college girl would have…right?” she asks herself. Her new friends respond well to the name; however, Mary’s reputation later starts to sink when she begins speaking to a magic rabbit nobody else but her can hear during the middle of an orientation assembly.

Mary Marvel’s Return to Life as a Superhero

The rabbit, named Hoppy, tells Mary that Billy Batson, who is currently trapped on the Rock of Eternity, has been chosen as the new Champion of Shazam. Mary is initially hesitant about accepting this role as she was looking forward to life as a student, but she finds herself transforming back into a superhero nevertheless when Hoppy transports her to the scene of an active bank robbery. After she apprehends the criminal thanks to a major power upgrade, the issue ends by revealing Mary’s foster parents have mysteriously gone missing.

The New Champion of Shazam! #2 continues on Sept. 6 with the series’ second issue. The synopsis reads, “Mary is back home in the City of Brotherly Love, and she’s feeling nothing but hate! Not only did she have to leave her dream school, but now she’s the caretaker of her siblings and a city that is skeptical about the new hero in town. Everyone wants a piece of Shazam, and super-powered misfits are lining up to take her on! When her world is falling apart, can our hero keep it together?”

The New Champion of Shazam! #1 features cover art by Shaner and variant cover art by Joshua Middleton, Gary Frank and Brad Anderson. The issue is on sale now from DC.