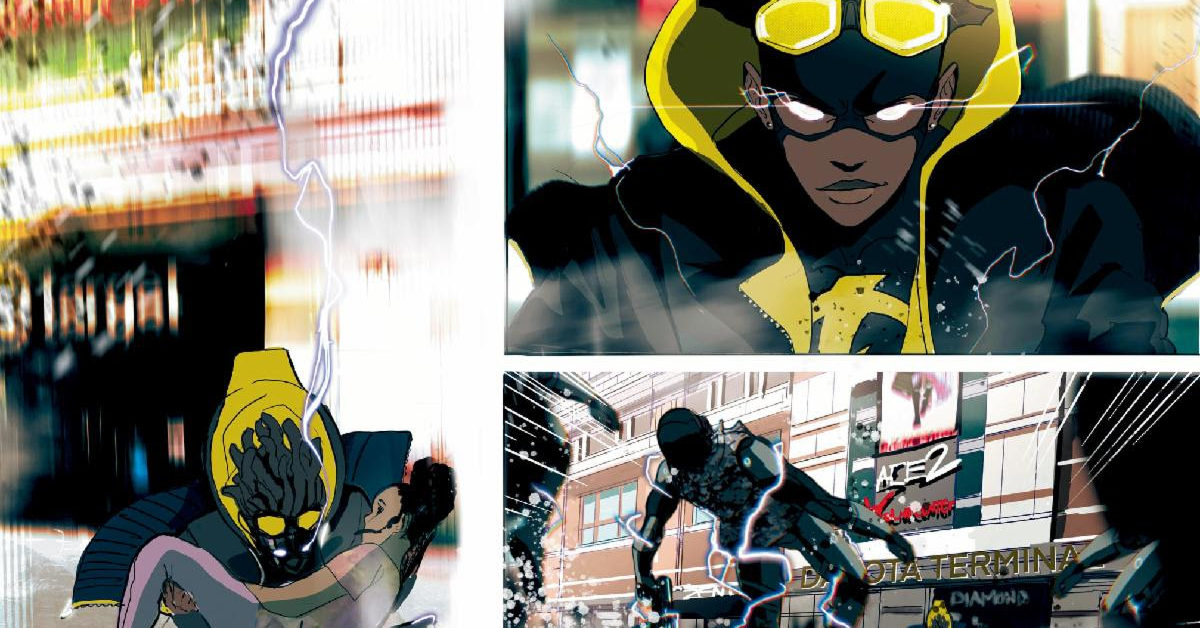 Static? The Milestone 2.0 Relaunch at DC Comics has been plagued with difficulties, some legal, but mostly in production. Despite lead times of years, the books have still been published at a snail’s place, repeatedly resolicited, and rescheduled, killing much of the momentum they launched with, dead.

Now the latest revival attempt to follow Static: Season One, Static: Shadows of Dakota by Nikolas Draper-Ivey and Vita Ayala announced at San Diego Comic-Con, has been delayed even further. Issue 1 was to have been published in October 2022 but has been delayed a further four months to February 2023.

This is apparently to “align with massive line-wide Milestone initiatives, to be announced in detail at a later date.” Or it could just mean that the book is very late again. This new series is intended to pick up after the events of Static: Season One, and introduce Ebon, from the Static Shock animated series, to comic books for the first time. Here are how the solicitations were listed.

STATIC: SHADOWS OF DAKOTA #1
Written by NIKOLAS DRAPER-IVEY and VITA AYALA
Art and cover by NIKOLAS DRAPER-IVEY
$3.99 US | 32 pages | 1 of 6 | Variant $4.99 US (card stock) ON SALE 10/4/22
Static is back! Though Virgil and his friends might have been able to stop the government’s off-the-books prison operations in Dakota, a powerful new threat lurks in the shadows. The mysterious Ebon is cutting a bloody swath through the underworld on a single-minded quest to find his brother. Against this backdrop of exploding violence, innocent people are finding themselves in the crossfire. The breakout creative team of Nikolas Draper-Ivey and Vita Ayala have returned to make Static’s life, and Dakota City, very complicated indeed—you’ve never felt shocks like these!

STATIC: SHADOWS OF DAKOTA #3
Written by VITA AYALA and NIKOLAS DRAPER-IVEY
Art and cover by NIKOLAS DRAPER-IVEY
$3.99 US | 32 pages | 3 of 6 | Variant $4.99 US (card stock) ON SALE 12/6/22
While Virgil and his dad investigate the recent disappearances of Bang Babies, we learn more about the mysterious leader of the vigilantes. Can Static get to the bottom of these mysterious abductions before more kids get captured?

Static: Shadows of Dakota #1 will be now be on sale on the 7th of February 7, 2023. Maybe. It is certainly looking rather good… 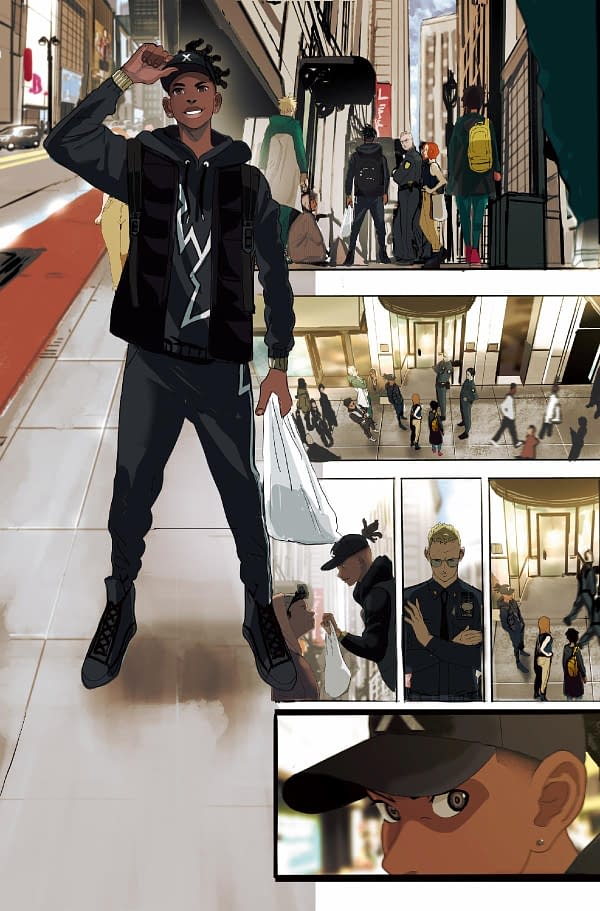 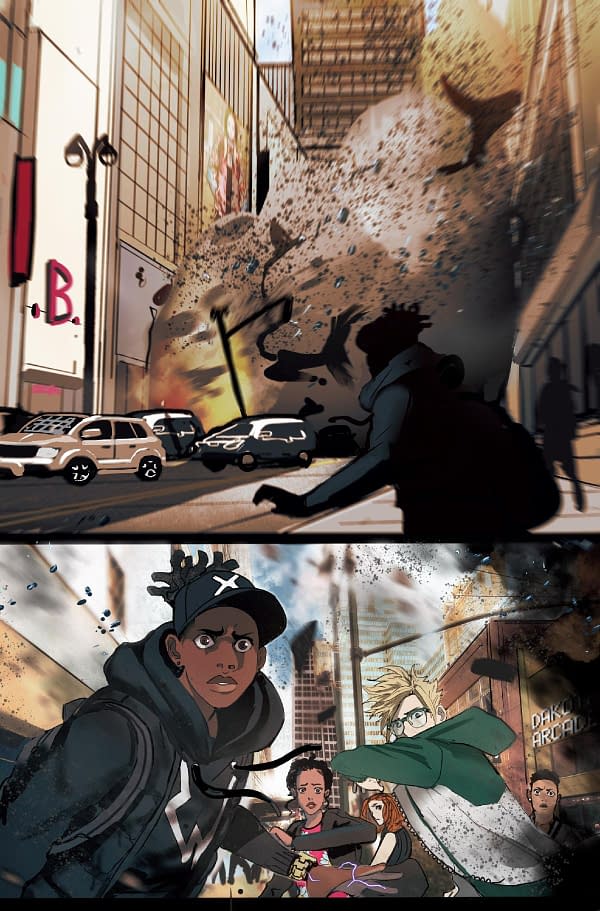 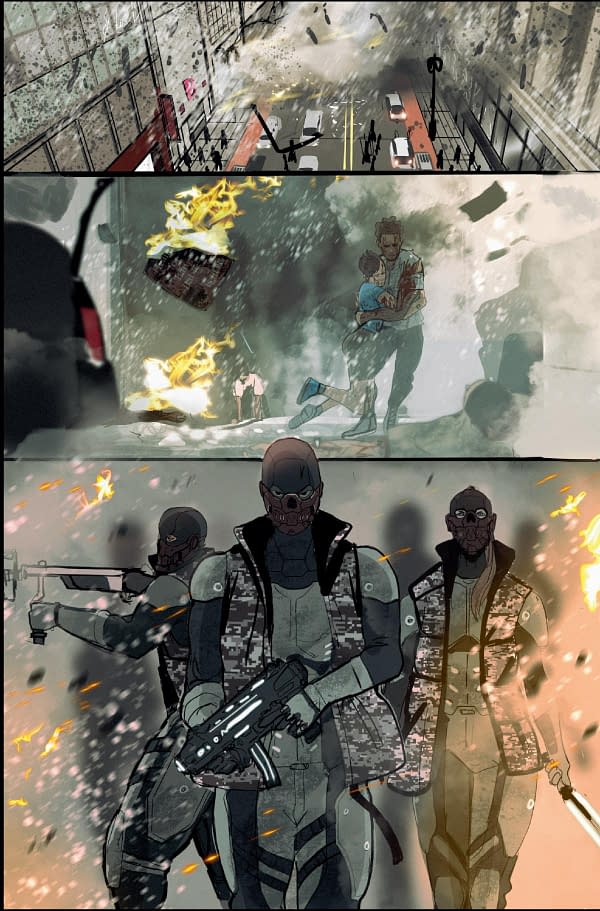 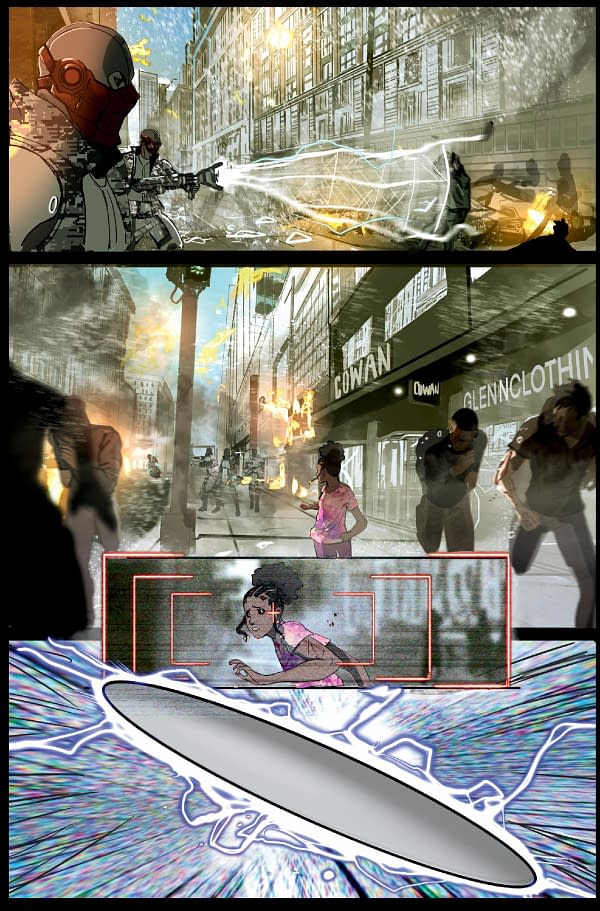 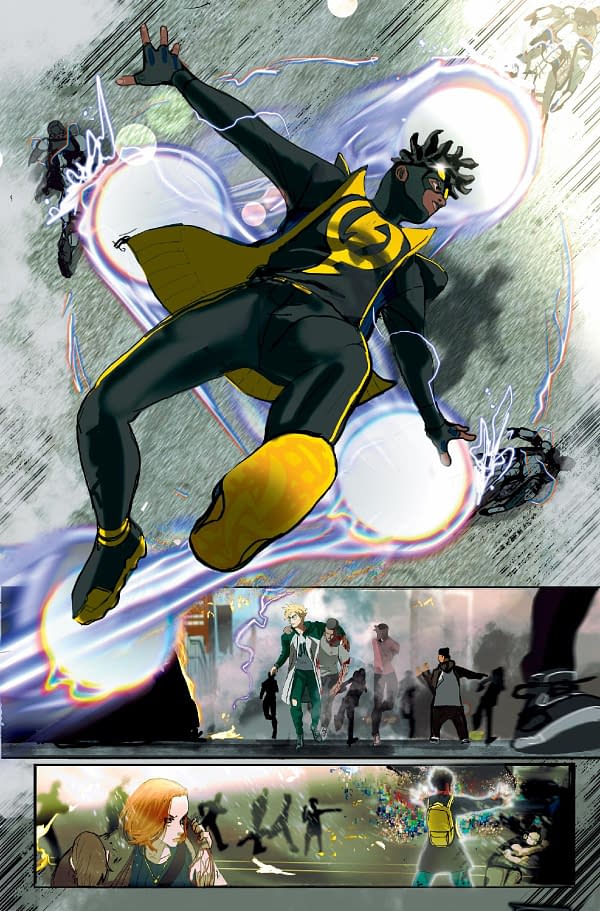 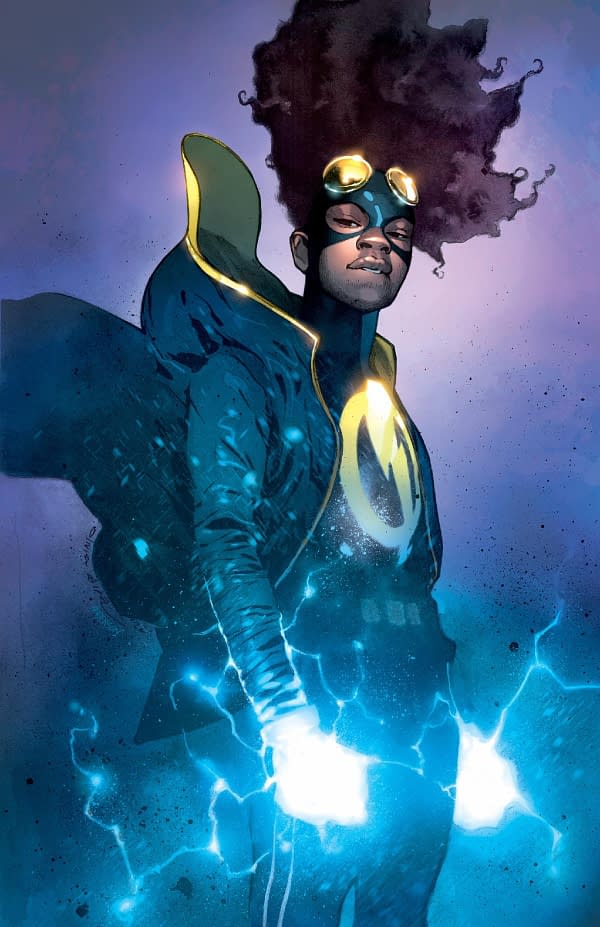 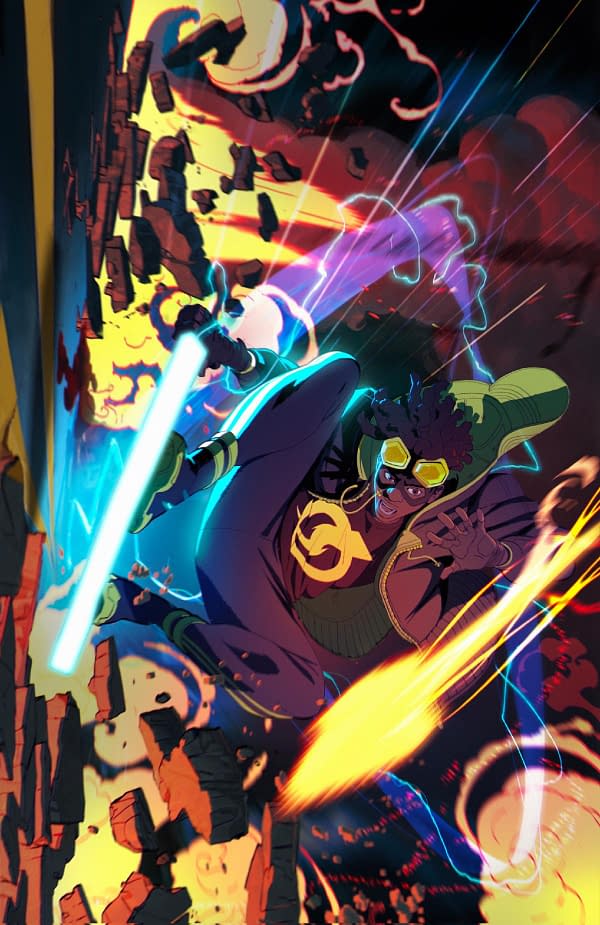 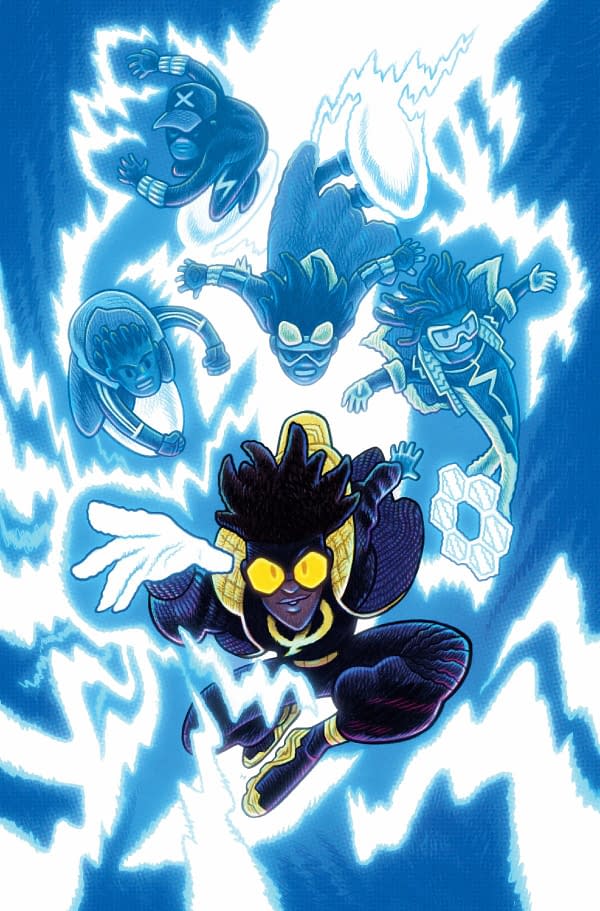 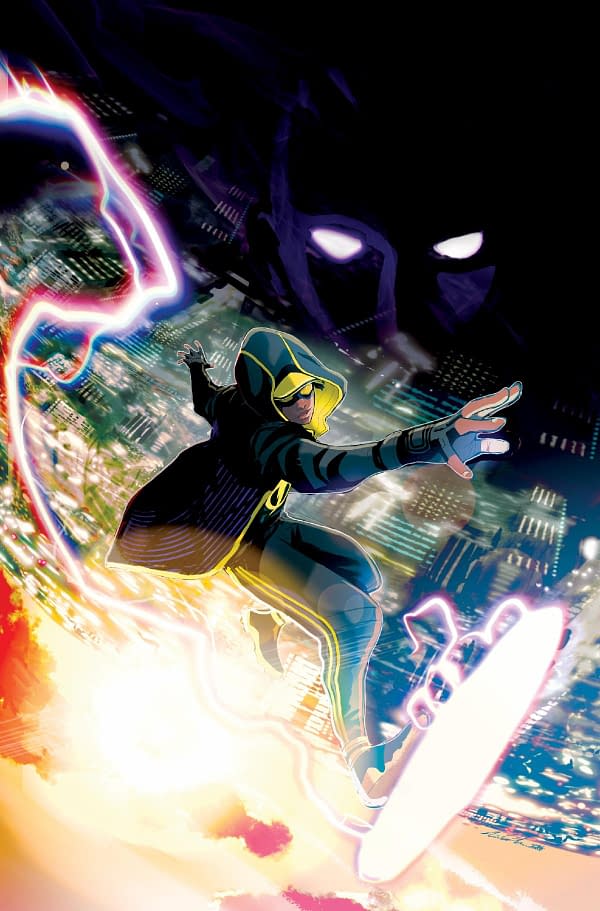 A Side Of Captain America We Haven’t Seen: New Details On Skydance’s Marvel Game