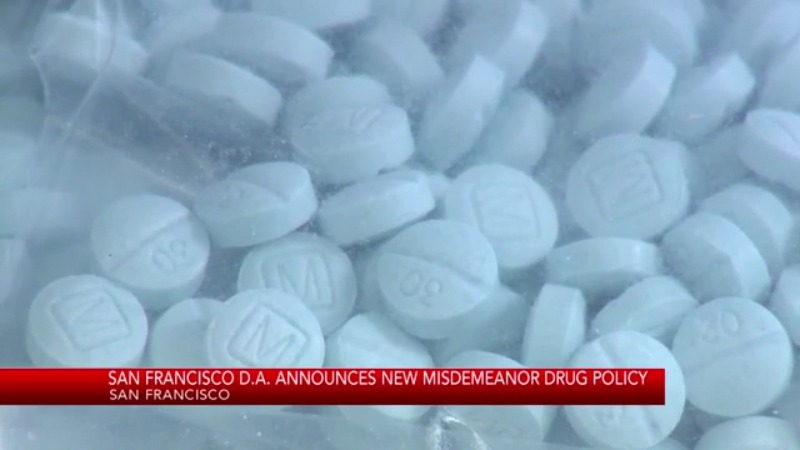 SAN FRANCISCO (KRON) — Accountability for racking up too many citations for public drug use in San Francisco. That’s the aim of a new program announced today by San Francisco District Attorney Brooke Jenkins.

KRON4 spoke with Jenkins about the program.

SF parking spot goes on sale for $90K on Redfin

The new misdemeanor drug policy is part of San Francisco District Attorney Brooke Jenkins continuing effort to clear the streets of drug pushers and drug users, with a special focus on the tenderloin. She explains how it works.

“What we are doing is SFPD has begun citing individuals that are engaged in public drug use,” Jenkins said. “Both injecting and smoking, pipes, fentanyl, methamphetamines. When a person reaches five citations for that public drug use that is when we file a complaint that we forward to our community justice centers, so that we can connect that person with resources for treatment.”

How did the DA determine five citations as the target number for entering someone in the program?

“For us, we felt five was a signal that somebody is struggling to the point that we need to intervene at that point,” Jenkins said. “I will tell you, I already had people that I had spoken to tell me that they think five is too many. They think we should intervene sooner.”

“After reading the policy we have a couple of major concerns,” said Yoel Haile, Criminal Justice Program Director of ACLU Northern California. “One is that it seems to be a backtracking of the statement the DA made a few weeks back saying that she would not prosecute possession or paraphernalia cases. This is saying, you do this five times we’re going to arrest you. Then we’re going to put you through the criminal legal system, which we know and have seen in the past, it is not the best place to put people into recovery.”

According to its website, the community justice center is a non-criminal court program focused on helping the individual and not just their crimes.

“What we are trying to do, is like I said, maintain that level of compassion, which is a core value in San Francisco but intervene at the point that we feel somebody has demonstrated that they’ve gotten to the point that this is too much of a danger to themselves, that we need to step in,” Jenkins said.

Streaming Fans Drag a Hugely Influential Blockbuster up From the Depths