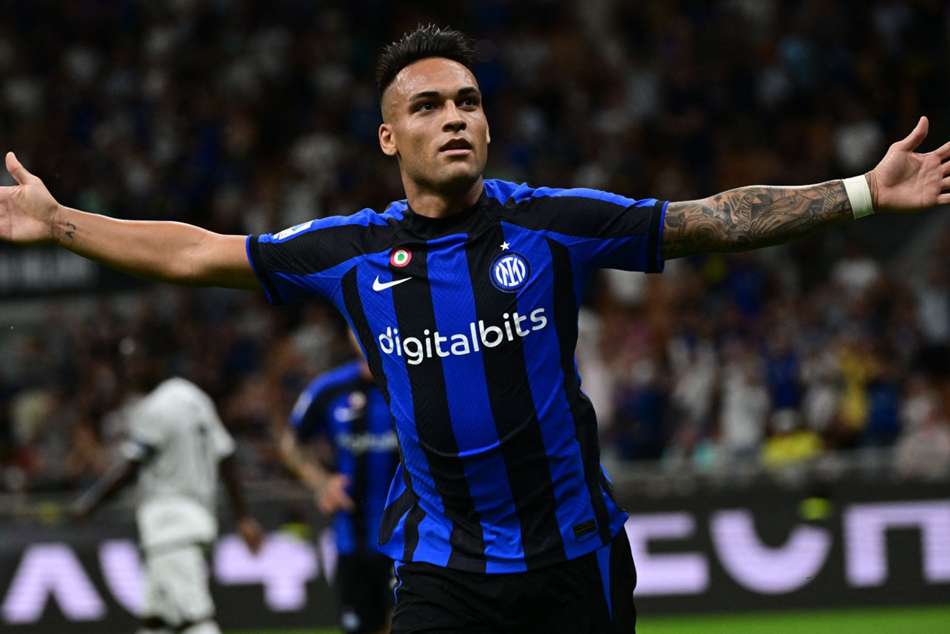 Martinez drilled home from outside the area as Inter swiftly established control, with Denzel Dumfries and Romelu Lukaku guilty of missing excellent chances before half-time.

Hakan Calhanoglu gave the Nerazzurri breathing space with a neat right-footed finish shortly after the break, ensuring there was no need for the sort of last-minute heroics Inter required at Lecce last Saturday (August 20).

Joaquin Correa then came off the bench to tap in a late third, sending Simone Inzaghi’s men to the top of the table at this early stage.

Bartlomiej Dragowski made an acrobatic save from Dumfries’ eighth-minute header as Inter started brightly, before he Martinez at the end of a slaloming run five minutes later.

The Nerazzurri hit the front when Martinez fired a terrific effort into the bottom-left corner after latching onto Lukaku’s flick-on after 35 minutes, before Dumfries was denied by the boot of Dragowski after racing clear.

Lukaku nodded against the crossbar and Martinez turned Dumfries’ header over as Inter continued to dominate, although Inzaghi’s side failed to build on their advantage before half-time.

Yet Inter needed just six minutes to double their lead follow the restart, with Calhanoglu reacting to a loose ball to side-foot into the bottom-right corner from inside the area.

Inzaghi withdrew Lukaku as the pace of the game slowed thereafter, but replacement Edin Dzeko had time to lay on an assist as he beat Dragowski before picking out Correa for a third goal 10 minutes from time.

What does it mean? Inter enjoy home comforts

Inzaghi was far from pleased despite Inter starting the Serie A season with a win at Lecce so would have been delighted with a far more convincing display when the Nerazzurri returned to San Siro.

Inter have now lost just two of their past 37 Serie A home games, with both of those defeats coming during a costly blip in February this year (against Sassuolo and Scudetto winners Milan).

Martinez and Lukaku combined for eight goals as Inter romped to the Serie A title in the 2020-21 season, making them the most effective partnership in the division.

Spending a year apart does not seem to have diminished their understanding, with Martinez opening the scoring in emphatic style after racing onto the Belgian’s header.

Since the start of last term, only Ciro Immobile (28) and Dusan Vlahovic (26) have scored more Serie A goals than Martinez (22).

Former Milan man Calhanoglu may sometimes be hidden behind the headline acts mentioned above, but the Turkey international has certainly delivered recently for Inter –especially at home.

Inter travel to Rome to face Lazio in their next Serie A match on Friday (August 26), while Spezia host Sassuolo the following day.