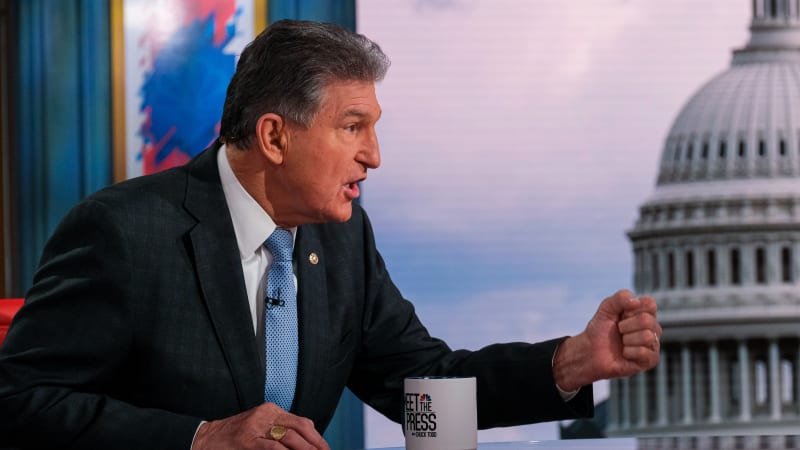 Senator Joe Manchin, chairman of the U.S. Senate Committee on Energy and Natural Resources, has made it quite clear that he’s upset about some of the loopholes left in the Inflation Reduction Act’s (IRA) EV tax credit sections. And he’s going to try to close them. His first bill is being proposed today, and it targets the rules about battery sourcing.

Part of the IRA’s plug-in vehicle tax credit requirements stipulate that a certain amount of battery materials must be sourced from North America, in amounts that will go up over the next few years. But the U.S. Treasury has not yet written its rules pertaining to this part of the IRA, saying that it will issue those rules in March. This means that until March, plug-in cars otherwise meeting the battery size and price requirements are still eligible for the full $7,500 tax credit, even if their batteries were sourced overseas. Many of these vehicles would otherwise only be eligible for half of that $7,500 amount, as half is for final assembly in the U.S. and the other half is for North American battery content.

Manchin’s proposed bill would amend the battery requirement section of the IRA to make the date for compliance January 1 of this year. As a result, any cars currently qualifying for the whole credit would have the battery requirement part revoked — potentially resulting in some much smaller credits for anyone who has already bought a car under current rules, or who is about to in the next couple of months.

In a statement accompanying the bill, Manchin said:

“It is unacceptable that the U.S. Treasury has failed to issue updated guidance for the 30D electric vehicle tax credits and continues to make the full $7,500 credits available without meeting all of the clear requirements included in the Inflation Reduction Act. The Treasury Department failed to meet the statutory deadline of December 31, 2022, to release guidance for the 30D credit and have created an opportunity to circumvent stringent supply chain requirements included in the IRA.

“The IRA is first-and-foremost an energy security bill, and the EV tax credits were designed to grow domestic manufacturing and reduce our reliance on foreign supply chains for the critical minerals needed to produce EV batteries. The United States is the birthplace of Henry Ford who revolutionized the automotive industry with the Model T. Being an automotive powerhouse is in our blood, which is why it is shameful that we rely so heavily on foreign suppliers, particularly China, for the batteries that power our electric vehicles.

“We cannot continue down this path. I’ve said it before, and it bears repeating that we can’t have national security without energy security and energy independence. The IRA and the EV tax credits must be implemented according to the Congressional intent to ensure the United States, as the superpower of the world, is not beholden to countries that don’t share our values.”

The proposed bill doesn’t apply to anything related to the other big loophole, which is around car leasing. That one allows foreign-built vehicles to still qualify for the full $7,500 credit as long as they’re leased, not purchased outright. But considering Manchin’s strong opposition to both the delayed battery rule making and the broad leasing interpretation, we bet he will introduce a bill to close the lease loophole, too.

This Ridiculous Robot Will Retrieve the Samples We’ve Left…

Mile 0, a musical prequel to the acclaimed procedural…