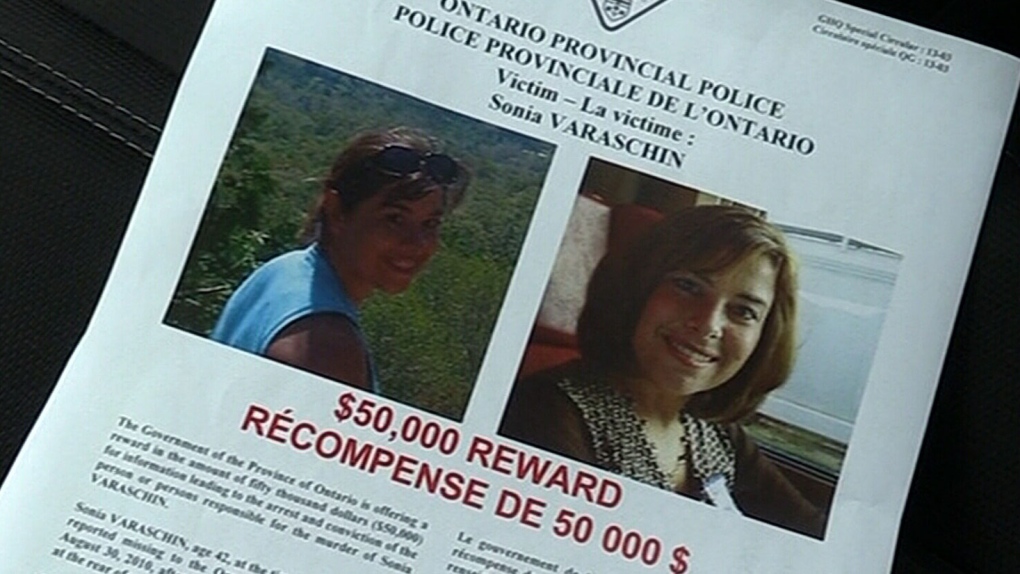 Ontario Provincial Police continue to search for the killer of a woman who was murdered in Orangeville 12 years ago.

Later that day, police said Varaschin’s blood-stained Toyota Corolla was found abandoned behind a business on Broadway in downtown Orangeville.

Police said they believed the pediatric nurse, who had just started a new job at a pharmaceutical company, was murdered inside her home.

Varaschin was then believed to have been wrapped in bedsheets and dragged out of her home, according to police.

Officers from the former Orangeville Police Service along with the OPP conducted an investigation into her death.

On Sept. 5, 2010, police said Varaschin’s remains were found in a wooded area near Beechgrove Side Road and Mountainview Road in Caledon. Her death was ruled a homicide.

“Twelve years later, the investigation into the murder remains active under the direction of the OPP Criminal Investigation Branch. The OPP will never close an unsolved homicide,” OPP wrote in a news release on Aug. 29, 2022.

A $50,000 reward is still available for information that leads to the arrest and conviction of the person responsible for Varaschin’s murder.

“Over 1,500 tips have been received from the public. Investigators continue to seek the one piece of information that will lead to an arrest,” OPP wrote.

‘House of the Dragon’s Biggest Mystery: What’s Going on With Mysaria’s Accent?

Upgrade Your Kitchen Knives for Just $140

When the Heat is On, Red-Eyed Treefrogs Hatch Early |…