Scottish Independence Now Has A Spider-Man Of Their Own 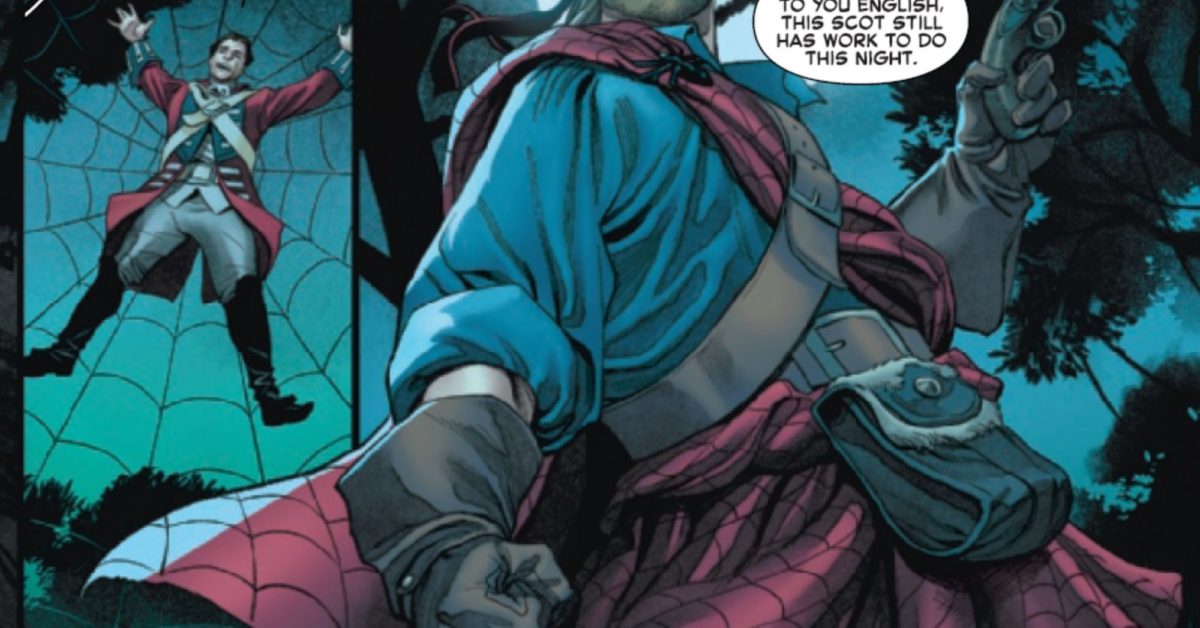 Scottish independence is the movement for Scotland to become a sovereign state, independent from the rest of the United Kingdom. The kingdoms of England and Scotland were joined in an act of union in 1603 by the Scottish King James VI who then became the English King James I as well. Campaigns for independence for Scotland began with demands for home rule in the nineteenth century, and two referendums for political devolution were held in 1979 and 1997. A devolved Scottish Parliament was set up in 1999. A referendum for full independence was held in 2014 with 44.7% supporting independence with 55.3% supporting union. Much of the campaign was predicated on Scotland staying in the European Union if they preserved the union with the rest of the United Kingdom, but after Brexit, that argument is gone.  A second referendum on independence has been proposed, and Scottish First Minister Nicola Sturgeon proposed the date of the 19th October of 2023, though it has not been ratified and is unlikely to be.

Every campaign needs a heroic iconic figure and today’s Edge Of Spider-Verse #1 looking at the many Spider-Men across the multiverse, gathering them together for the upcoming End Of The Spider-Verse, introduces Donald MacGargan, Spider-Laird, a Scottish folk superhero fighting the English regiments patrolling – or poaching from – the Scottish highlands.

Or maybe he should be called Spider-Macbeth, as he has a meeting with three sisters upon the heath. Notably, Macdonald Gargan is The Scorpion (and occasionally Venom) in modern-day Marvel Comics.

So… Spider-Laird is to say goodbye to the United Kingdom to join a much greater union of multiverse realities?

THIRD WITCH: By the pricking of my thumbs, something wicked this way comes.

Not the only Spider to get such a visit,. Though maybe with slightly less Shakespeare.

Or more noir-like beasties across the probability spectrum…

Fair is foul and foul is fair…

And also down the Spider-Verse, today’s Spider-Punk #5 gives us a rare use of the word “wanker” in a Marvel comic book. You may think that’s not very Shakespearian, But it is also slang for one who shakes his spear… hoots, mon!

EDGE OF SPIDER-VERSE #1 (OF 5)
MARVEL COMICS
JUN220951
(W) Dan Slott, Various (A) Mark Bagley, Various (CA) Josemaria Casanovas
THE END OF THE SPIDER-VERSE IS COMING!
edge (‘ej) noun – 1. outermost limit of an object – 2. the sharp side of a blade
The leading edge of the Spider-Verse brought you Spider-Gwen and Peni Parker. This final edge will introduce you to some of the most important characters in the future of the Spider-Verse…but it will also slice the final strand of the web.
IN THIS ISSUE: SPIDER-MAN NOIR! ARA A’S NEW STATUS QUO! SPIDER-REX AND MORE!
RATED T+In Shops: Aug 03, 2022
SRP: $4.99

SPIDER-PUNK #4 (OF 5)
MARVEL COMICS
MAY220947
(W) Cody Ziglar (A) Justin Mason (CA) Takashi Okazaki
WANTED: HOBIE BROWN!
•  Just as the Spider-Band in the Spider-Van had a Spider-Plan, they’re getting shut down by the big bad man!
•  Hobie and team aren’t going to give up without a fight though…
•  Witness the rise of one of the greatest bands in all of the Spider-Verse!
RATED TIn Shops: Aug 03, 2022
SRP: $3.99

New ‘Call Of Duty: Modern Warfare 2’ details to be revealed this weekend