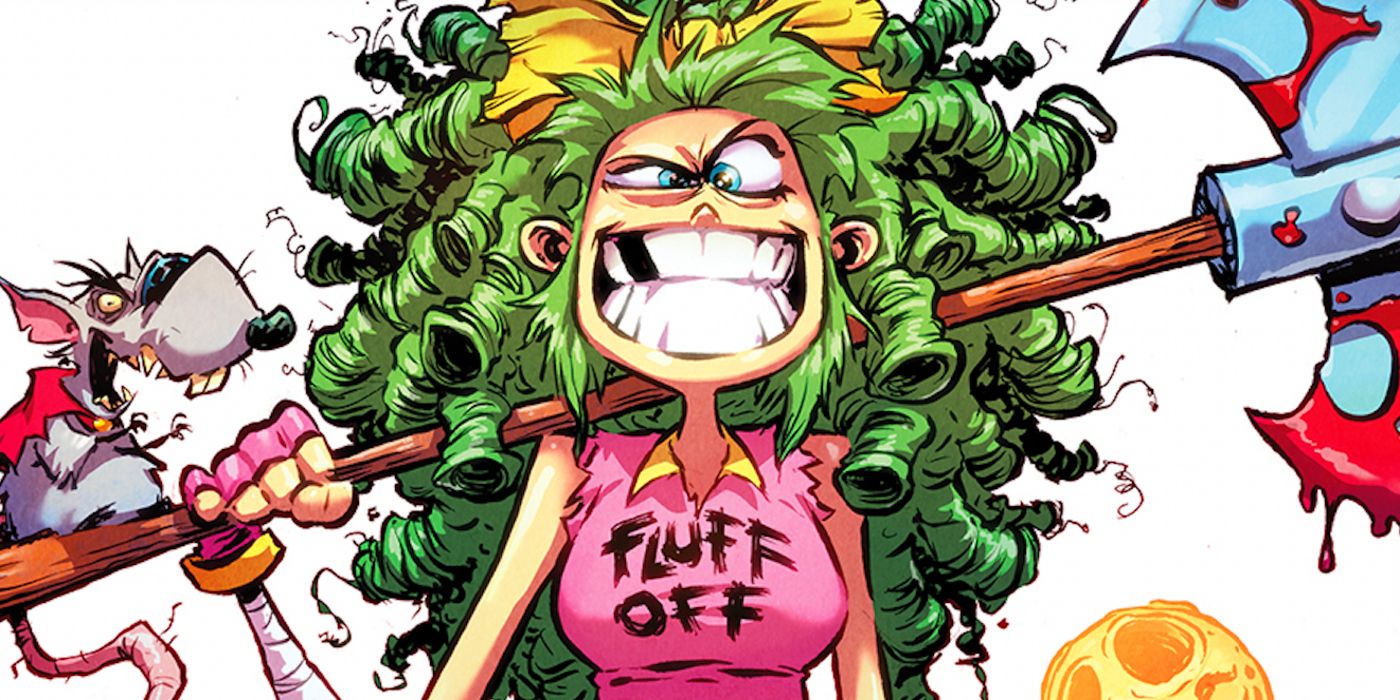 Skottie Young is making a return to Fairyland, cannibals are invading a furry convention and more in Image Comics’ November solicitations.

Image Comics is gearing up for a huge November with a number of new series, titles and trade paperbacks.

Skottie Young is returning to Fairyland on November 16 with I Hate Fairyland, a new ongoing series building off the 2015 run. Featuring art by Brett Bean and a variant cover by Peach Momoko, the new series sees an adult Gertrude plunged back into the world of Fairyland for a brand new adventure full of blood, monsters, mayhem and more.

Also launching in November is Plush, a new miniseries from Doug Wagner, Daniel Hillyard and Rico Renzi (with additional cover art by Tony Fleecs, Jorge Corona and Sarah Stern) featuring cannibalistic furries who invade an ongoing convention. The series centers around a character named Devin who, unfortunately, happens to be attending this convention for the very first time, only to make a series of horrific discoveries.

Hell comes calling in two new series launching early on in the month. Charles Soule and Will Sliney’s Hell to Pay debuts on November 2 and sees a married couple stuck working at a hellish college for all eternity after they make a deal with the devilish figure. Then, on November 9, Will Morris and Ver’s Gospel launches. The new five-issue miniseries is inspired by Hayao Miyazaki’s work and sees a hero named Matilde deal with a demonic presence that causes her to question the very nature of her identity.

Read the full solicitations and check out the accompanying artwork for all of Image Comics’ November 2022 releases below.

THE KNIGHT AND THE LADY OF PLAY (ONE-SHOT)

TOO DEAD TO DIE: A SIMON CROSS THRILLER TP

WHAT’S THE FURTHEST PLACE FROM HERE? #11

Tech View: Nifty50’s indecisive candle on weekly chart a cause for concern