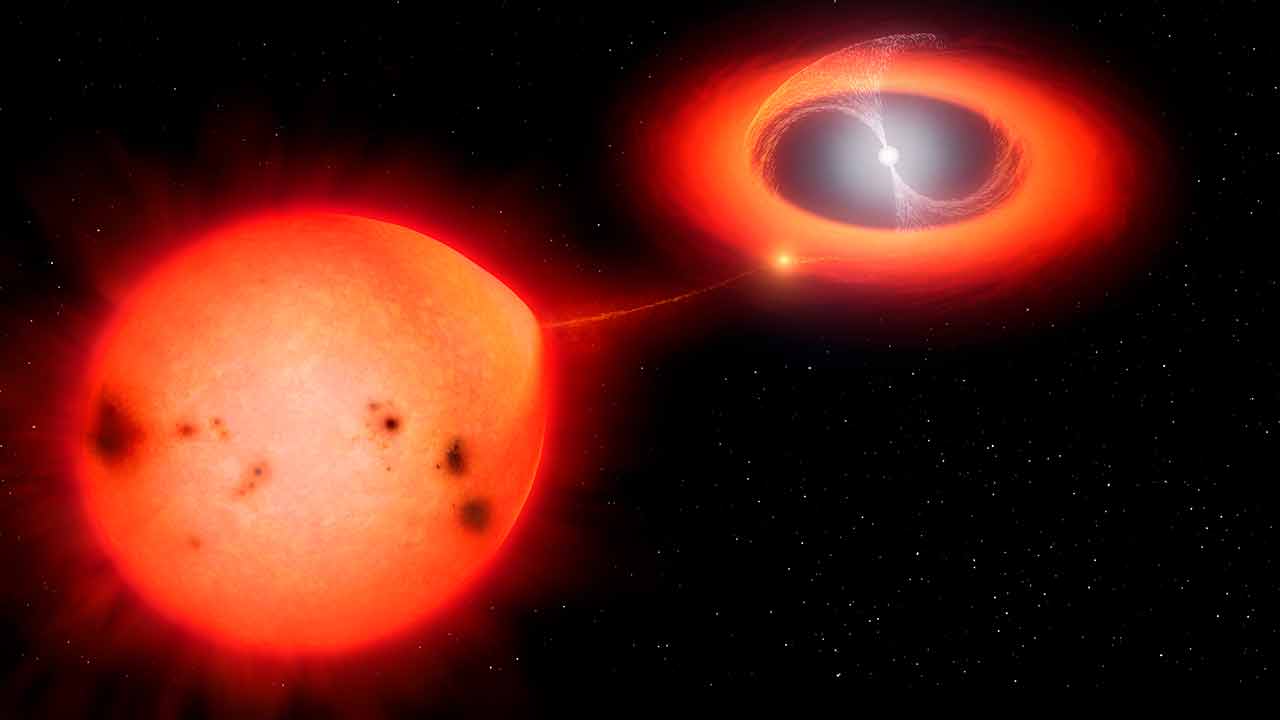 A group of scientists have discovered the fastest nova ever recorded; Arizona State University announced this month. The discovery was made last year when nova V1674 Hercules released a burst so bright it could be seen from Earth with the naked eye. Now, researchers have published a new study on the nova, allowing us to dig deeper into the cosmic event.

This was the fastest nova ever recorded

Usually, when a nova happens, it takes weeks or longer for the bright burst of light to fade. However, V1674 Hercules had faded within about one day, the researchers explained. Because of this, they believe it is the fastest nova ever recorded.

A nova is created by white dwarf stars with a nearby companion star. Over time, the white dwarf siphons matter from its companion. That matter falls onto the white dwarf, causing it to heat up. This heat then causes an uncontrolled reaction which releases the burst of energy that we know as a nova.

Previously the fastest nova took a few days to fade. The rarity of these types of events is why the quick fading of V1674 Hercules has left such an impression on the researchers. But the speed at which the nova faded isn’t the only intriguing thing about this event. The star that caused the nova is also quite intriguing.

Perhaps the more intriguing thing about this nova is the fact that the star responsible for the burst of energy is experiencing a strange wobbling effect. Researchers say that the star experiences a wobble every 501 seconds. They have seen the wobble in both visible light waves, as well as x-rays. And even a year after the nova, the wobbling continues to occur.

It’s a really intriguing effect that the scientists can’t quite explain. Additionally, it was occurring well before this event took place. Despite the flashy and bright nature of these explosions, there are real reasons to study them beyond how cool and pretty they are. Scientists also believe they can help us understand our universe better.

Events like the fastest nova ever recorded are what helped form the universe as we know it. White dwarfs collect and even alter the matter that they siphon from other stars. As such, they may have played a part in the expansion of the universe.

This is something scientists still don’t fully understand.

With any luck, though, studying these flashy cosmic events can help us unlock new information and data. Then, we can use that data to better understand the universe around us, and maybe even learn more about how life formed on Earth and other planets.