Saving your feet from diabetes 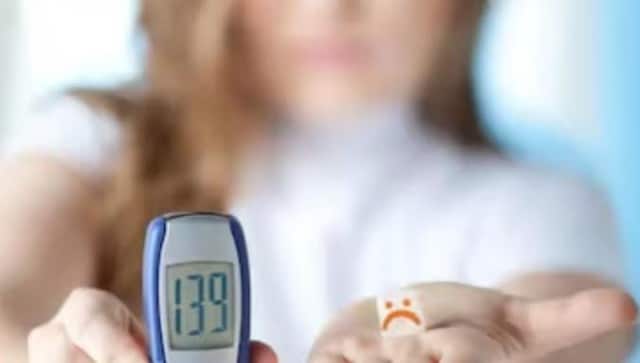 Diabetes is a major public health challenge in India, with the country called the diabetes capital of the world. As if this was not enough, a worrisome trend is making matters even worse: the age of patients undergoing major foot and leg amputations (below knee and above knee) have been consistently decreasing over the period of seven years in India.

Many reasons can explain this phenomenon. The age of onset of diabetes is generally a decade earlier in India compared to Western nations, and this is further decreasing. It takes 10-15 years of poorly controlled diabetes to develop complications like peripheral neuropathy and peripheral vascular disease. If one develops diabetes at 50 years, then the risk of major foot complications emerges at around 65 years of age. However, if diabetes starts earlier at 30-35 years, then the patient is at risk of major foot complications and amputation by the age of 45-50 years.

About 15% of all diabetic patients will go on to develop foot complications at some time in the course of their disease. Complications of long-standing, uncontrolled diabetes like peripheral neuropathy (resulting in loss of sensation in the feet) and peripheral vascular disease (resulting in loss of blood supply to the feet) set the stage for diabetic foot ulcers, which may be associated with severe infections leading to multi-organ failure. However, on the brighter side, complications which can lead to loss of limb and life are easily preventable even in high-risk diabetic patients.

Long-standing diabetes causes poor immunity in patients, resulting in infections which flare up and spread. When diabetic foot infections become severe, we are sometimes forced to amputate the leg to save the life of the patient. But even in cases of serious complications like peripheral neuropathy and peripheral vascular disease, simple foot-care measures, adequate cleanliness and frequent visual inspection carried daily can prevent foot ulcers and infections.

In monsoon months, hospitals see a sharp increase in number of patients coming with diabetic foot complications. Necrotizing Fasciitis is a very serious infection in diabetic patients. It spreads under the skin from the foot all the way to the thigh in a matter of days. It has poor outcome unless treated early and aggressively. There is a sharp rise in cases of Necrotizing Fasciitis during the monsoon months. The reason is flooding that occurs over roads and streets during heavy rains. This water tends to overflow from drains and sewage and is contaminated with potentially lethal bacteria.

When diabetic patients with tiny injuries and scratches on their feet wade through this water, the bacteria enter their blood stream and cause infections like Necrotizing Fascitis. It is essential to spread awareness among diabetic patients to avoid walking barefoot or wading through flood water in the streets. If they notice signs of infection or inflammation in their feet after being exposed to flooded street water, they must seek medical attention urgently.

All patients with diabetes should follow a proper diabetic diet also, as advised by the doctor or dietician. They should do regular physical exercise. Avoid stress – can either do meditation or yoga, or use such techniques to reduce stress levels. The motto should always be to keep your average blood sugar down. The three-month blood sugar check that we do is called the hba1c. If the hba1c is consistently less than
7 %, it is considered to be safe and you are unlikely to develop long term diabetic complications. Do hba1cs every 3-6 months at least, and then if the blood sugar levels are slipping up, then see your doctor and do what is necessary to bring your blood sugar back down, to the target levels. So, this sort of constant monitoring is needed in order to control and keep the blood sugars, over a long period of time, under adequate control.

One may feel a pricking or burning sensation in feet without any trigger. This over-sensitivity to sensations is called hyperesthesia. However, over the years, the nerves tend to go weak, lessening the degree of discomfort. The feet may turn out to be totally insensitive. A feeling of numbness takes over the uneasiness the condition may have caused in its initial stage. However, the latter stage is more dangerous as it may accentuate the possibility to contract infections, thus risking one’s slightest chance of not developing a major diabetic foot problem. Early symptoms which may suggest the weakening of feet muscles include falling off slippers while walking, less hair on feet and legs than they have previously been observed- referring to decreased vascularity, decreased sweating resulting in dry feet, etc. Sweating is an indicator of a properly functioning autonomic nervous system. When one sweats less than normal, it suggests abnormality and thence, suggests autonomic neuropathy.

The inability to walk long distances due to severe foot aches is also a sign that the person may be suffering from peripheral vascular disease. In this case, the blood supply to the feet is restricted. An inadequate blood supply results in less oxygen to the tissues, causing muscle pain. Taking breaks in between long walks can be of temporary help for pain relief as scant oxygen supply, which had previously been experienced, may go back to normal. However, the resort is not permanent, and the pain recurs after a few minutes. This is called intermittent claudication. Diabetes cannot be solely blamed for peripheral vascular disease- smoking plays a major role too. Diabetic patients who are smokers as well are at a high risk of developing the condition.

The basic treatment for diabetic foot ulcers and infections involves antibiotics, surgery, and offloading. Advanced techniques like angioplasty and bypass surgery are also used to overcome the problem of poor blood supply in legs. Vacuum therapy, hyperbaric oxygen therapy, skin grafting and various dressing materials are other treatment options to heal foot wounds. In antibiotic bead therapy, antibiotic beads are placed over the wound site. This is hugely advantageous as it reduces the amount of antibiotics required, which in turn reduces the treatment cost and side-effects of intravenous antibiotics.

The author is the Head of Dept., Endocrinology & Diabetes, Amrita Hospital, Kochi