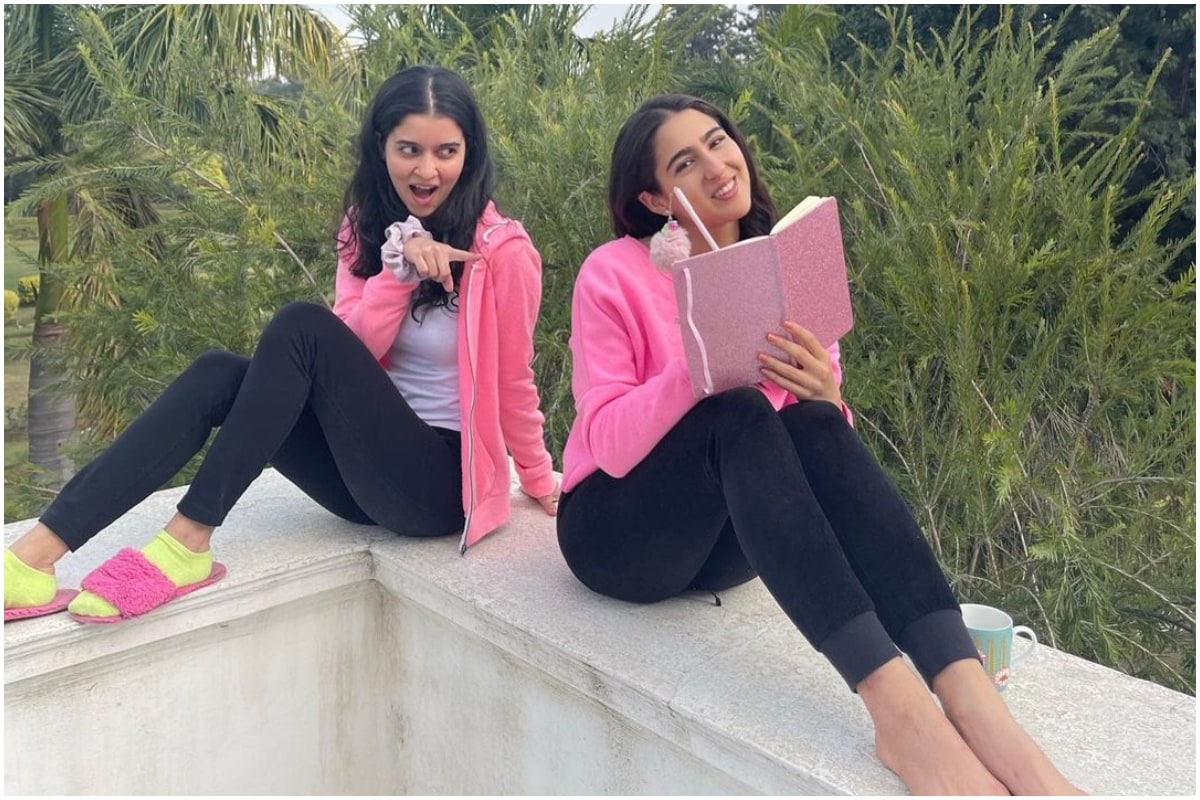 Sara Ali Khan’s Instagram feed is currently full of cute posts with people she loves the most, be it her brother Ibrahim Ali Khan or friends like Jehan Handa. The actress has now shared a photo with her BFF Sara Vaisoha, telling her how much she misses her.

In the pictures, both the girls can be seen sporting a white T-shirt, black pants and adding the cuteness quotient with pink jackets. The duo can be seen striking a happy poses in both pictures, with props like a notebook, pencil and a mug. The photos seem to have been taken on the terrace of someone’s house, against a backdrop of greenery.

Sharing the picture with her fans, Sara wrote, “In the cookie of life you’re my chocolate chip, Already missing our nights of chips & dip #bestfriend.”

Sara’s good friend Orhan was quick to drop a quirky comment on the post, writing, “How many secrets r hidden In that diary ?? I’m sure everyone wants their hands on it !! What’s say @sara_vaisoha ??”

On the work front, Sara is busy shooting for her next ‘Atrangi Re’ with Akshay Kumar and Dhanush. The actors are often seen sharing photos from the sets. Recently, a video of Akshay and Sara shooting in Delhi went viral on the internet and it has left their fans quite excited. She was last seen with Varun Dhawan in ‘Coolie No.1’.