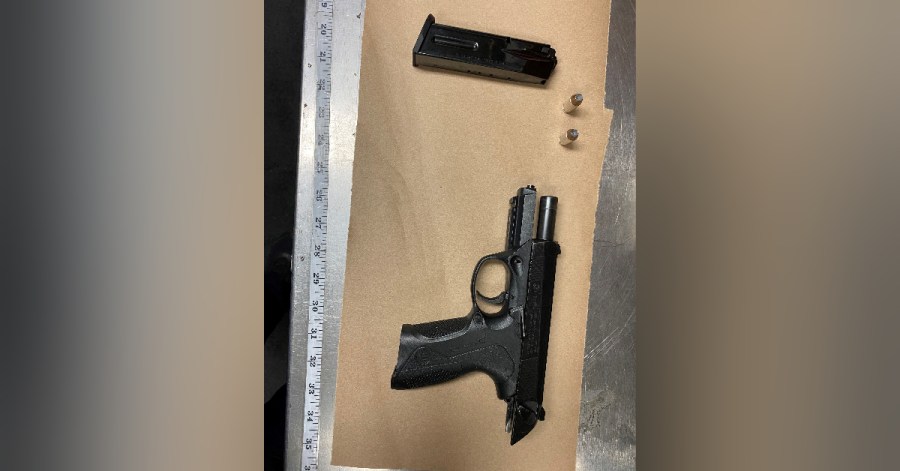 SANTA ROSA, Calif. (KRON) — A man was arrested Friday night for public intoxication and possession of a firearm, the Santa Rosa Police Department (SRPD) announced in a Nixle alert. Officers responded to a report of an intoxicated man in the 300 block of W. 3rd Street around 11:12 p.m.

An SRPD officer contacted the subject and asked him for identification. The subject, identified as 30-year-old Santa Rosa resident Bryant Galvan, told the officer he had a firearm in his backpack, and the officer then arrested the man for public intoxication.

Galvan was searched by police and a loaded Beretta PX4.40 caliber semi-automatic handgun was found, according to officials. Authorities later determined Galvan is a convicted felon and banned from possession of firearms and/or ammunition.

Police took Galvan to a nearby hospital for medical clearance due to his intoxication level. As he was escorted to the hospital, Galvan tried to escape several times, police said.

The recovered firearm was determined to be stolen out of Modesto. Galvan was booked into Sonoma County Jail for the following charges: