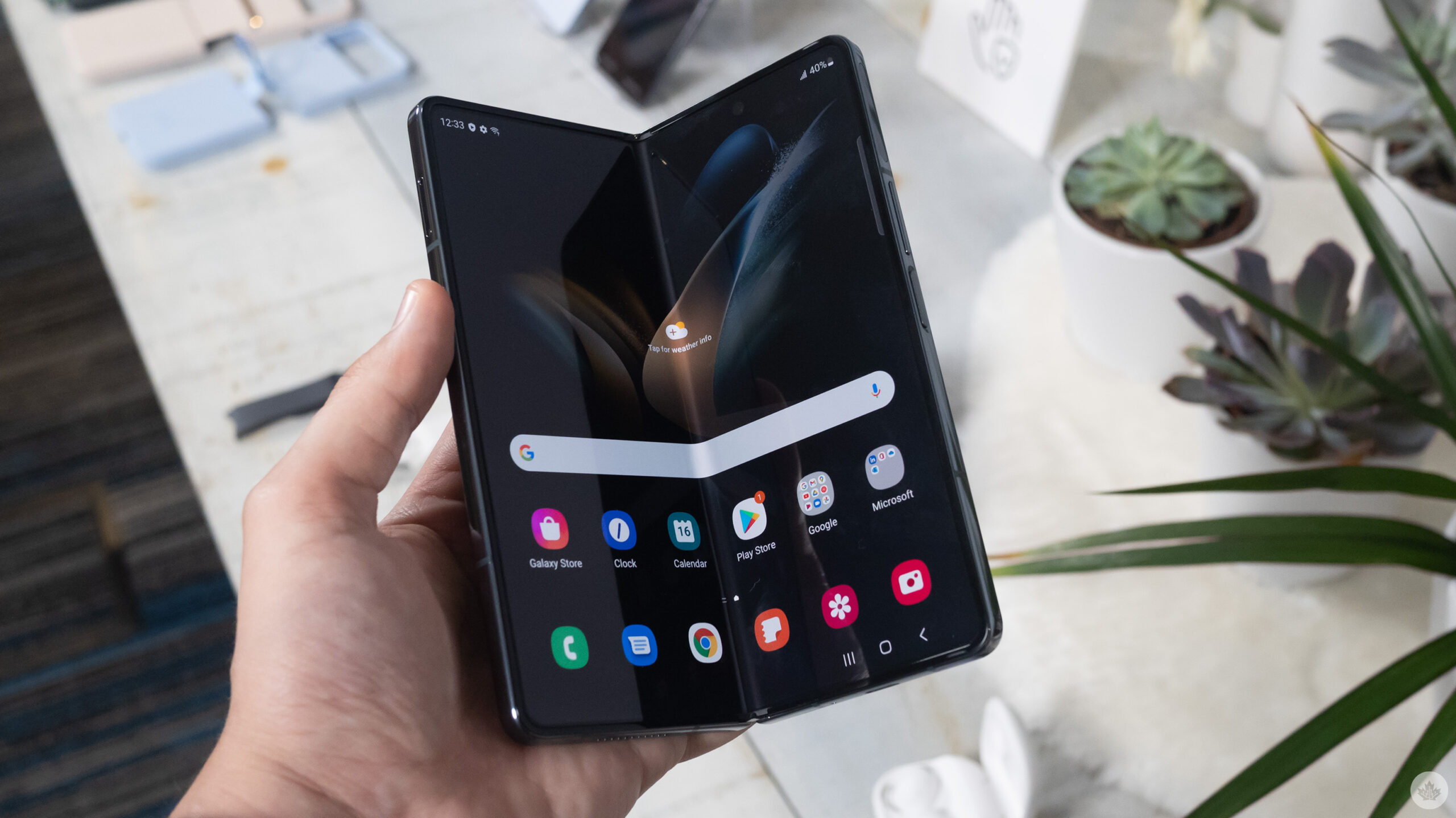 What’s most surprising about Samsung’s Galaxy Z Fold 4 is that it’s already in its 4th-gen version. As someone who spent a lot of time with the first and second-gen Z Fold, it’s fascinating to see how far Samsung has taken its foldable display technology design in a short period of time.

But if you were expecting a Galaxy Fold 2 or, arguably, even a Fold 3-like design leap with the Fold 4, you will be disappointed with Samsung’s latest flagship foldable.

With that in mind, it appears the South Korean tech giant’s foldable has hit a design plateau — at least to some extent. The overall look of the Fold 4 is nearly identical to the Fold 3, including its sleek matte rear and triple-rear vertically-oriented camera bump.

As expected, the device still unfolds like a book, giving you a 7.6-inch QXGA+ AMOLED inner display when unfolded and a more standard smartphone-like 6.2-inch HD+ secondary screen when folded. Both screens also still feature a 120Hz refresh rate and, overall, look stunning.

This year, the Z Fold 4’s hinge is slightly thinner than its predecessor, coming in at 15.8mm vs 16mm with the Fold 3. In practice, the 3mm really doesn’t make the phone feel any different in your hand when it’s not folded. The Fold 4 is a very thicc smartphone when folded.

It would have been great if Samsung found a way to push the Fold 4’s design forward in a meaningful way and make the device feel more like a standard handset when it’s not unfolded. On the other hand, the display’s glass feels great and more like a traditional smartphone screen, just like the Fold 3.

Other notable changes include Qualcomm’s Snapdragon 8+ Gen 1 chip and a revamped main shooter with increased megapixels. The Fold 4’s primary camera now comes in at 50-megapixels f/1.8, while the ultra-wide hits 12-megapixels f/2.2 and the telephoto (3x optical zoom) comes in at 10-megapixels f/2.4, just like last year. 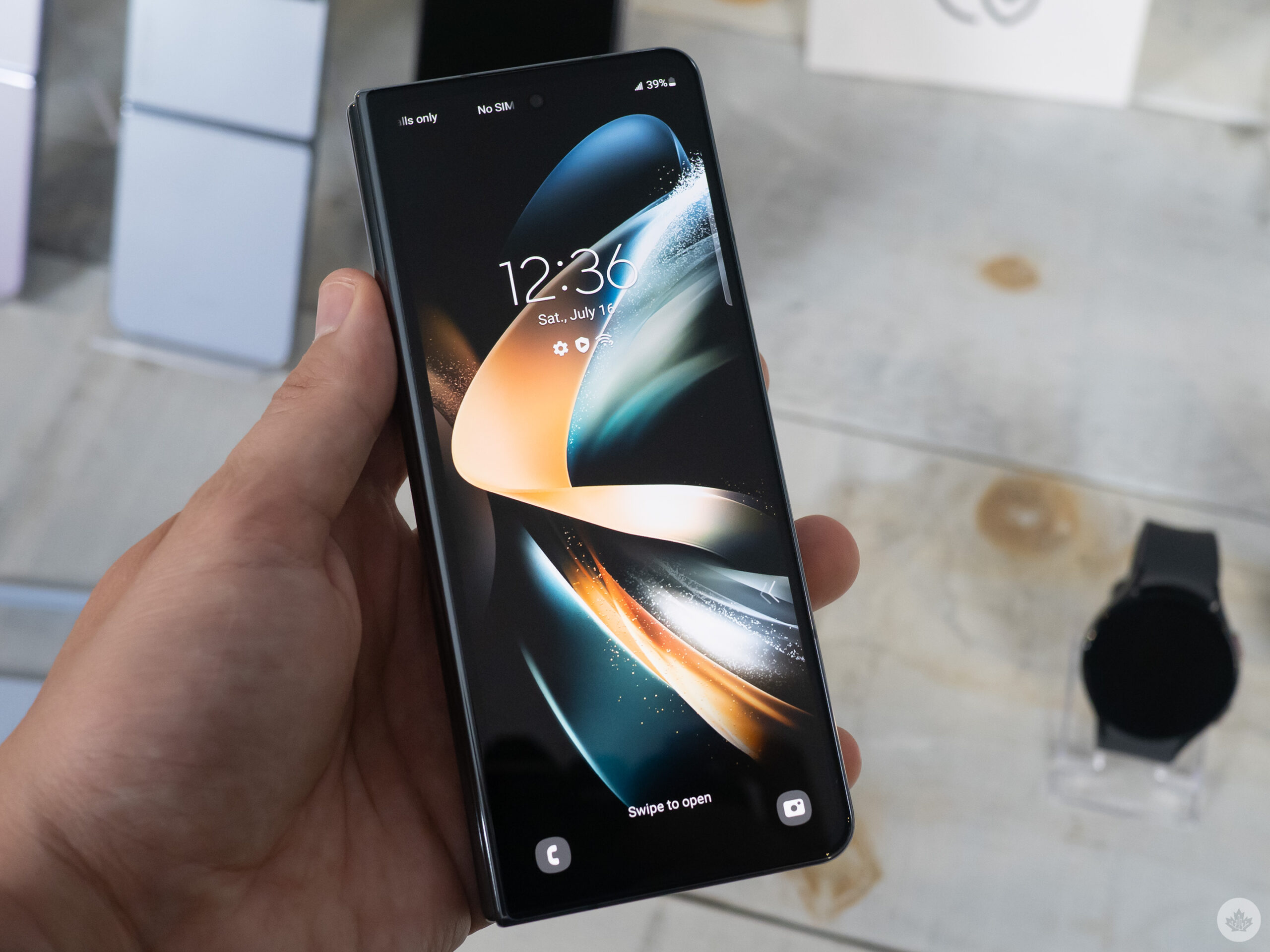 In theory, the 50-megapixel shooter should offer improved low-light performance and images that better retain quality when blown up. In my very brief tests, the camera performed well, even under low-light conditions, and is a notable step above the Fold and Fold 2’s shooter, though the photos seem very similar to the quality of the Fold 3’s primary lens. 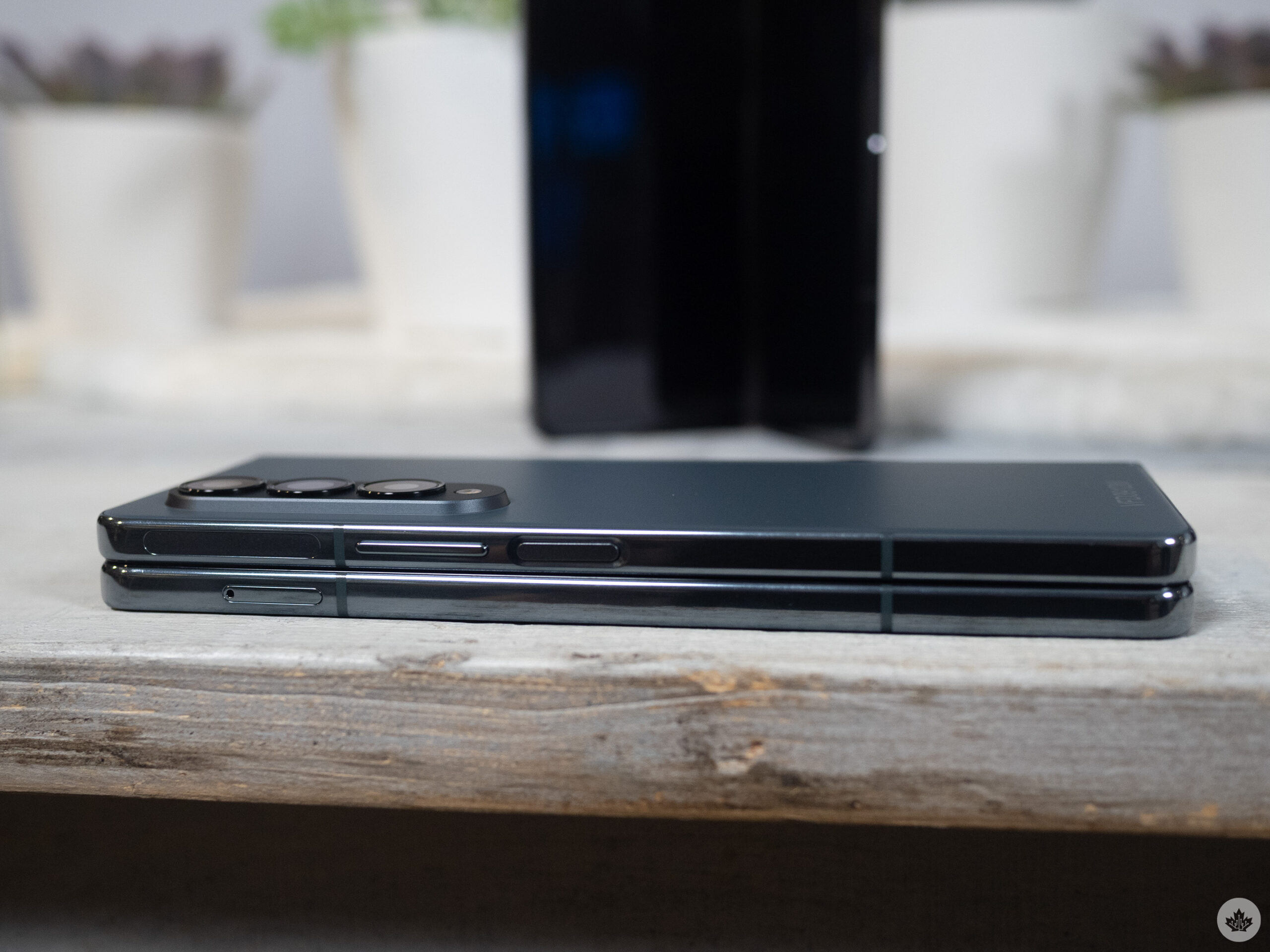 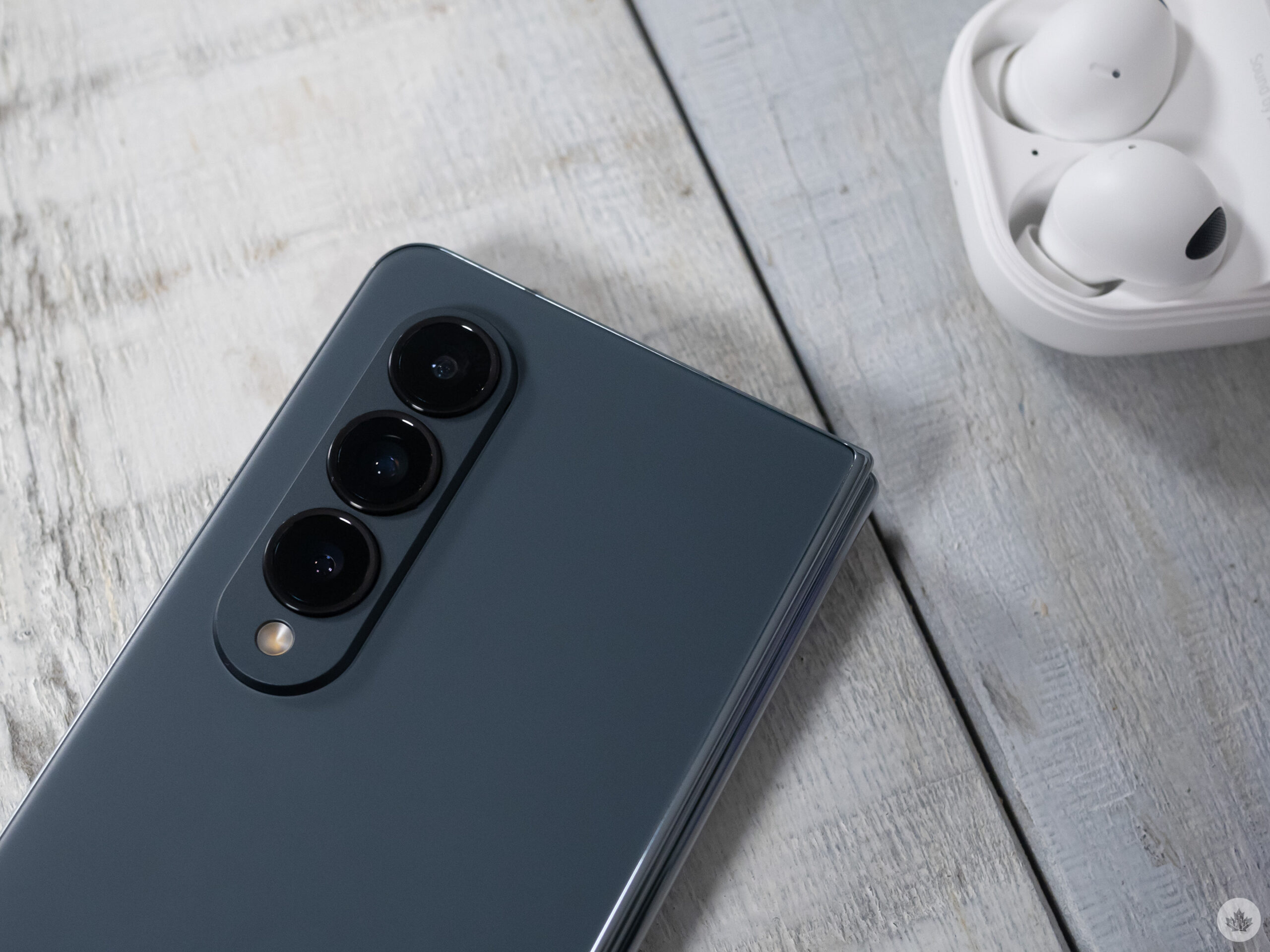 It’s also worth noting that Samsung has stuck with the same 4-megapixel f/1.8 under-display camera this year. The Fold 4 seems to take adequate selfies that are a cut above what we saw last year with the Fold 3, but I can’t help but wish Samsung would stick with the hole-punch shooter design it features in other devices since it still allows for an overall higher quality camera.

I appreciate the company’s efforts to experiment with under-display camera tech, but given the lens is still obviously visible despite Samsung’s claims (especially with darker content), an ‘Infinity-O’ shooter would have been preferable. The 10-megapixel cover camera also remains identical at 10-megapixels f/2.2. 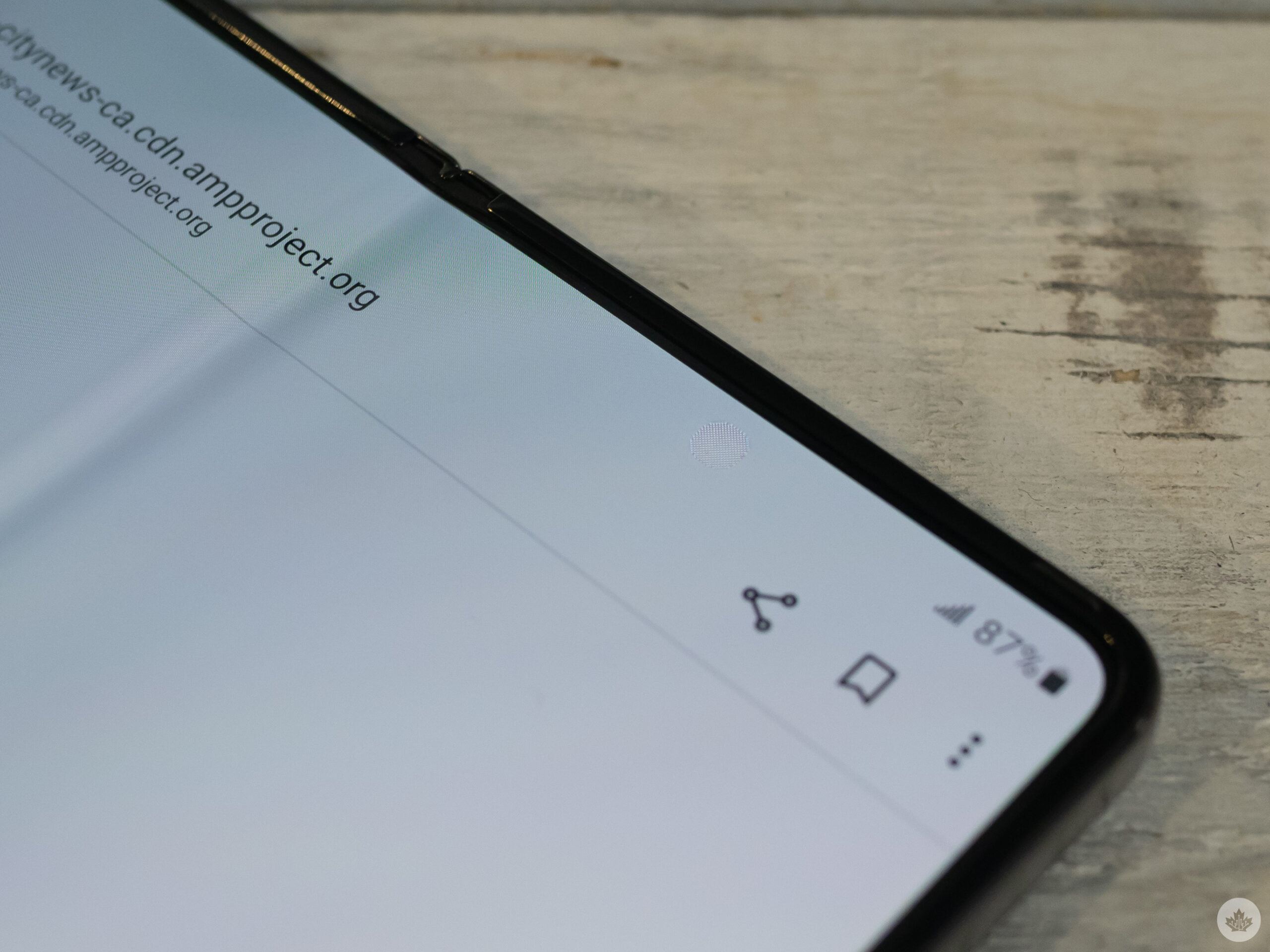 Unfortunately, the Fold 4 doesn’t feature a Note-like in-device storage slot for the S Pen like some rumours indicated it would. The stylus is sold separately, and the only way to store the stylus is with a specific case that Samsung sells, just like the Fold 3.

Given that the Fold 4 is such an expensive smartphone, it would have been great if Samsung offered the S Pen as a pack-in alongside the device, especially since the Note series remains dead. 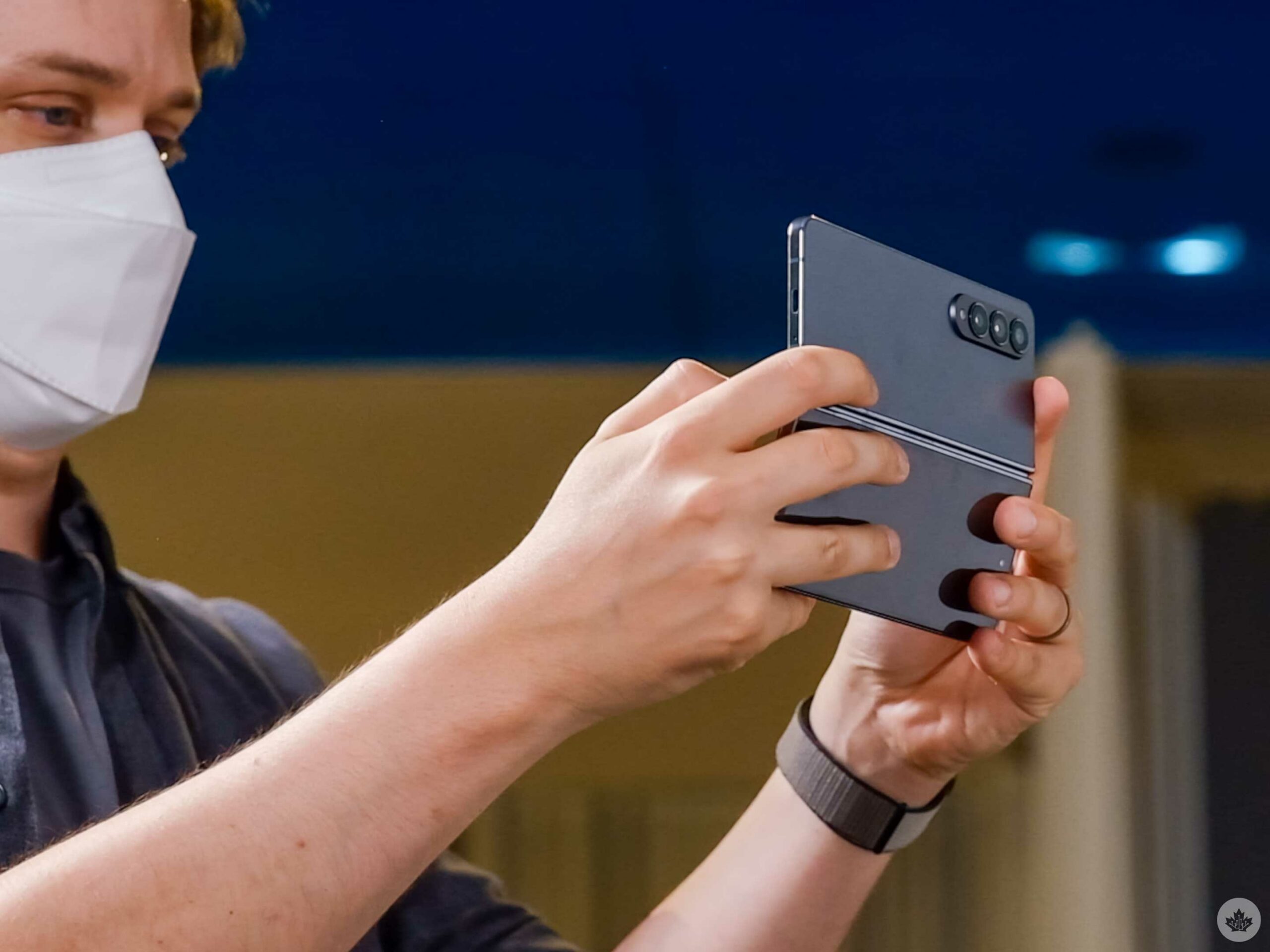 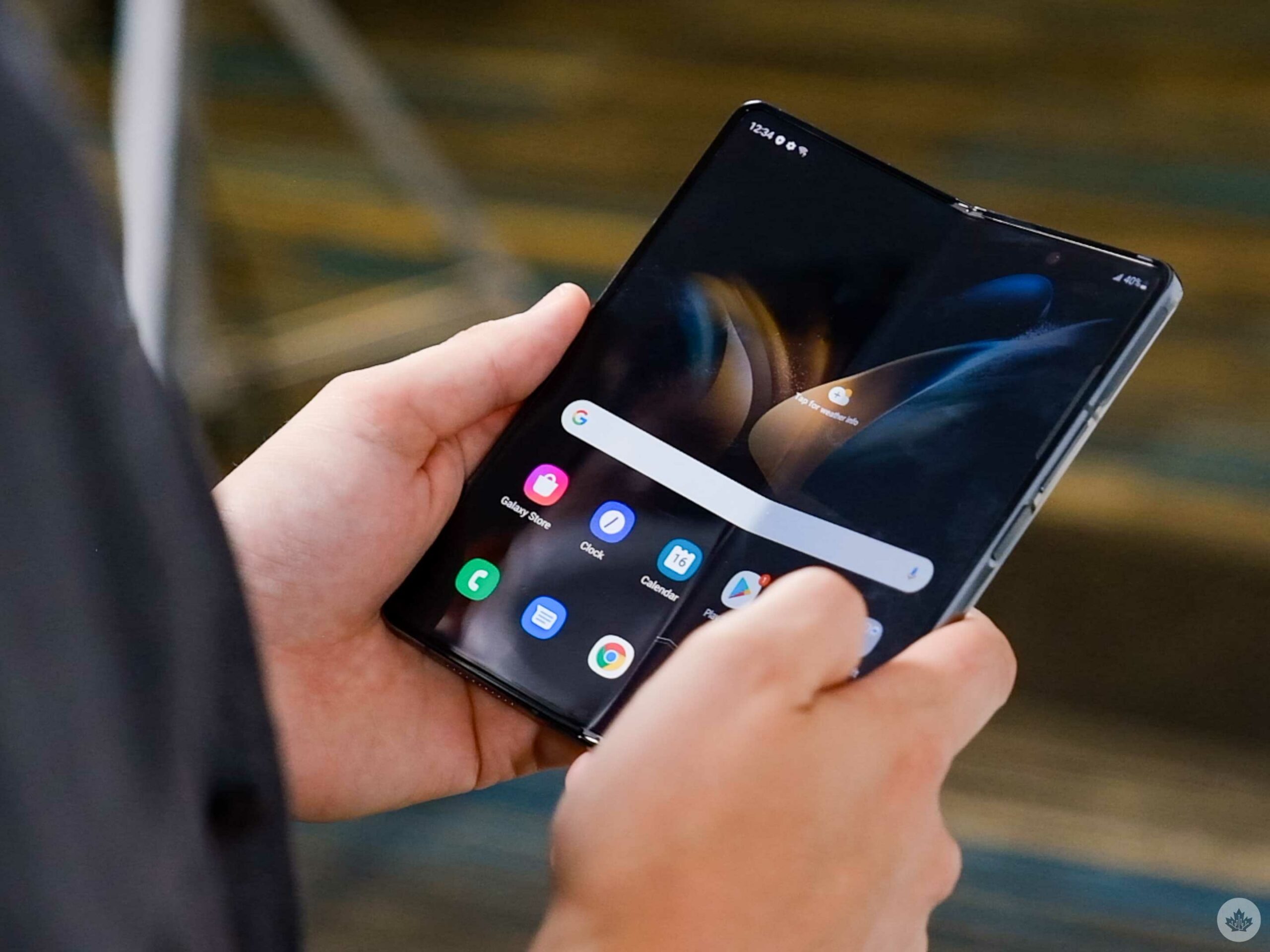 At this point, the foldable smartphone concept is established, and as far as the clamshell vs book-like argument, I’ve always preferred the latter. The design has a real utility since it allows you to carry around a tablet in your pocket. Despite how cute and cool the Flip series is, it just can’t compete in this respect.

Still, at this price, the Fold series remains far from accessible to most smartphone buyers. 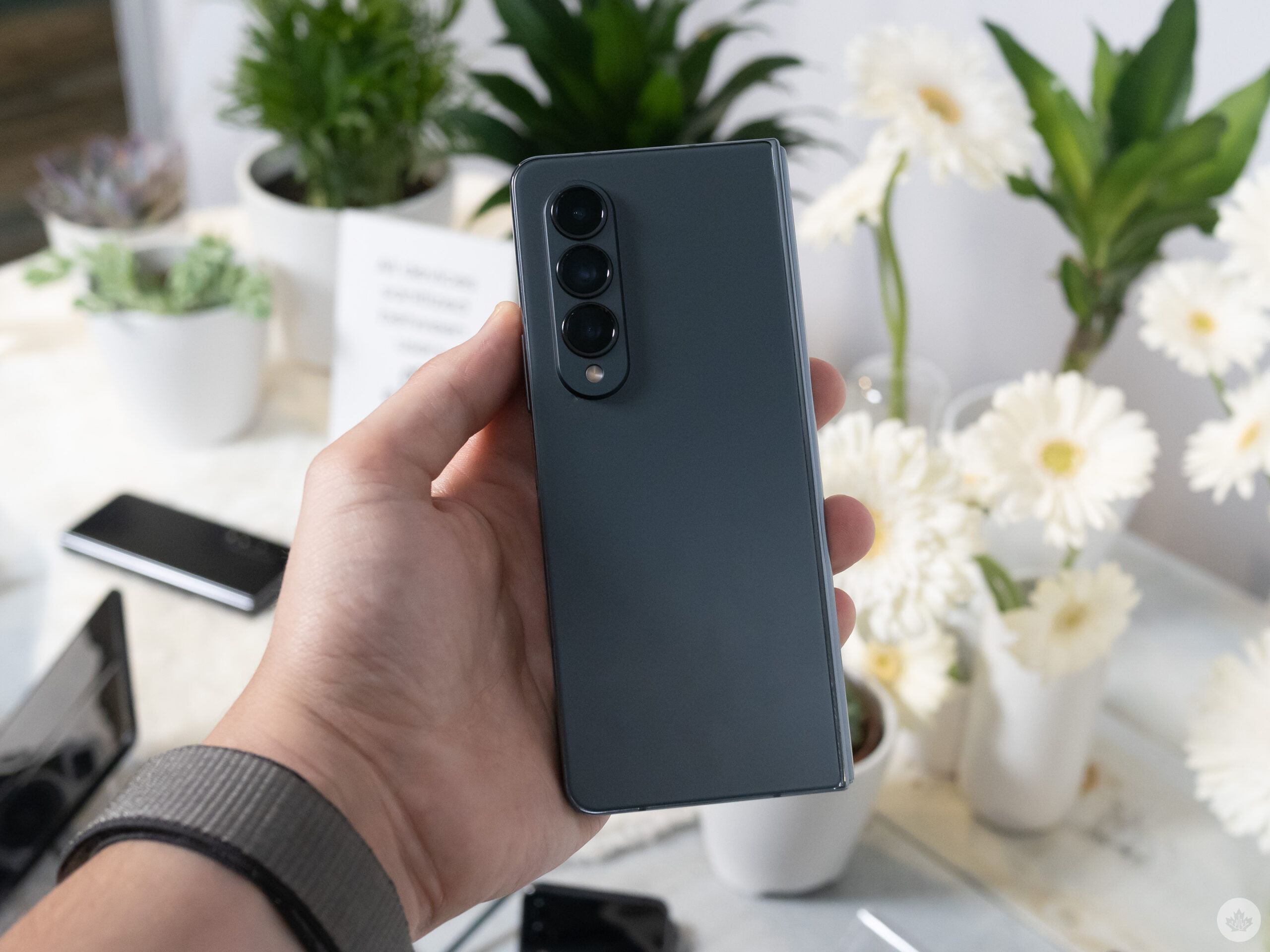 The Z Fold 4 will be available to pre-order on August 10th and releases on August 26th. For more on Samsung’s Unpacked, check out our Galaxy Flip 4 impressions. We’ll have a full review of the Fold 4 in the coming weeks.