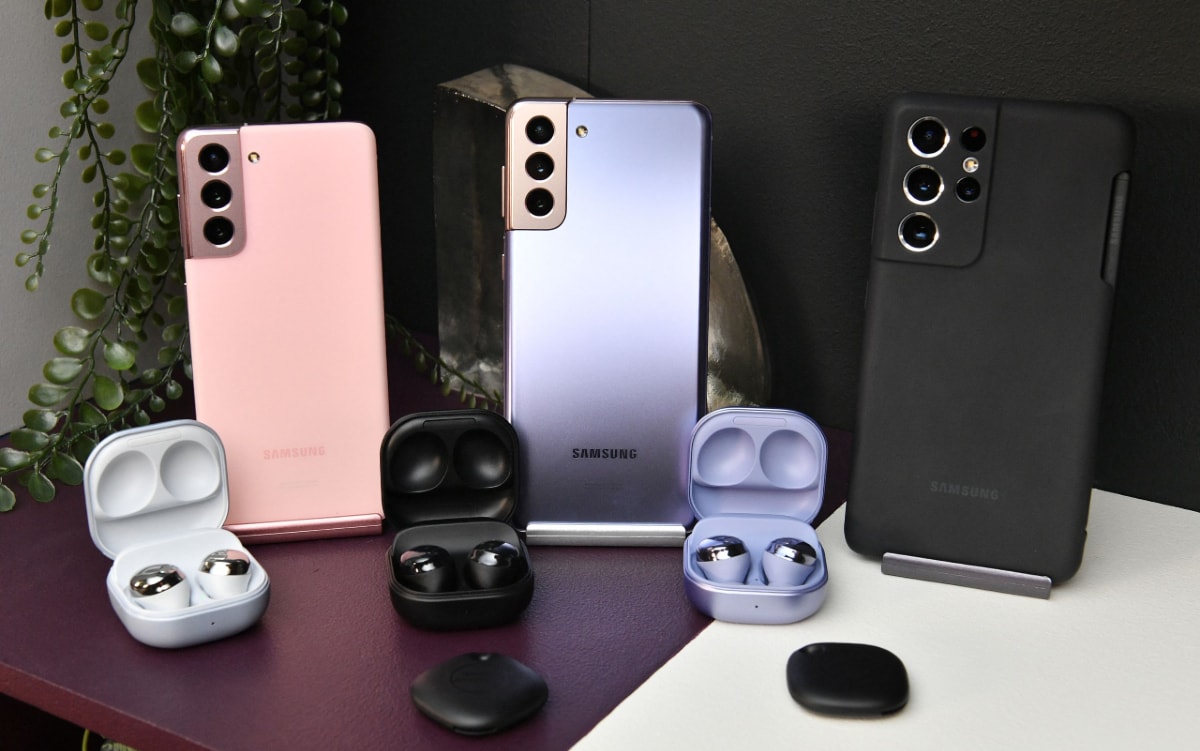 Tipster Evan Blass aka @evleaks has released a series of videos showing all details of the three phones. Starting with the price, the tipster leaks that the most expensive Samsung Galaxy S21 Ultra model may be priced starting at $1,199 (roughly Rs. 87,000). It is said to come in three options – 12GB RAM + 128GB storage, 12GB RAM + 256GB storage, and 16GB RAM + 512GB storage. The Ultra model is reported to come in Phantom Silver and Phantom Black colour options.

The Samsung Galaxy S21+ is tipped to be priced starting at $999 (roughly Rs. 73,000) and may come in 8GB RAM + 128GB storage and 8GB RAM + 256GB storage models. This variant will come in Phantom Black, Phantom Silver, and Phantom Violet colour options. Lastly, the vanilla Samsung Galaxy S21 is reported to be priced at $799 (roughly Rs. 58,400) and come in same storage + RAM options as the Samsung Galaxy S21+. The base model is tipped to be available in Phantom Gray, Phantom White, Phantom Violet, Phantom Pink options. All the three phones are reported to go on sale on January 29.

Another video posted by Blass in the same post tips that the Samsung Galaxy S21 Ultra’s penta lens setup will include a 108-megapixel wide angle camera with an f/1.8 aperture, OIS, 0.8-micron pixel size, and PDAF. It will be accompanied by a 12-megapixel dual pixel ultra-wide angel lens with an f/2.2 aperture, 1.4-micron pixel size, and 120-degree field of view. The Ultra model may also include two 10-megapixel telephoto lenses – one with f/4.9 aperture (10x zoom) and the other with an f/2.4 aperture (3x zoom). Both telephoto lenses support OIS and have 1.22-micron pixel size. Lastly, the Samsung Galaxy S21 Ultra also has a laser autofocus on board. The series is expected to offer an improved Space Zoom feature, enhanced night mode.

Blass also leaks the design of the rumoured Galaxy Buds Pro which has an in-ear design and claims to cut external background noise by up to 99 percent. They are seen to come in Black, Blue, and White options. It is reported to offer four levels of ambient sound to suit the mood and has intelligent active noise cancellation that automatically understands when to let the background noise in and when to block it all out. It is said to support voice assistance and have a unique auto switch feature.

During the event, Samsung is also reported to introduce a new SmartThings Find feature that improves your search for Galaxy devices nearby. It will also launch the new SmartTag for helping find more things than just your gadgets.

Is this the end of the Samsung Galaxy Note series as we know it? We discussed this on Orbital, our weekly technology podcast, which you can subscribe to via Apple Podcasts, Google Podcasts, or RSS, download the episode, or just hit the play button below.

Capitol riot, fake news, and the psychology of conspiracy theories